After Shah Rukh Khan, Priyanka Chopra took some time out from her busy schedule and paid a visit to veteran actor Dilip Kumar. The actress, who keeps juggling between her life in India and the US spend some quality time with ailing Dilip Kumar and his wife Saira Banu. Later she took to twitter to express her excitement and wrote: “It was lovely seeing both of you. Thank you and so good to see Saab much better. Much love,” Priyanka tweeted on Monday night.

A post from Dilip Kumar’s official handle features two photographs from Priyanka’s visit. She is seen dressed in a simple indigo Indian wear and a matching bindi. In one image, she is seen holding Dilip Kumar’s hand, and in another, she is seen kissing his forehead.

The “Devdas” star is seen in a blue shirt with beige pants and a shawl draped over one shoulder, while Saira Banu looks at ease in a white suit. 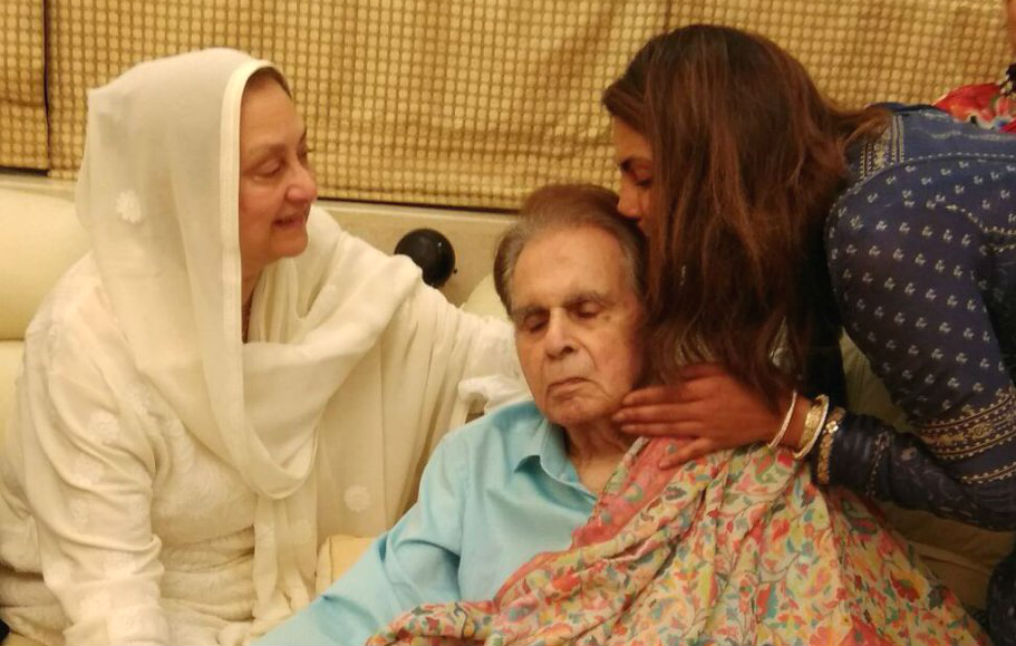 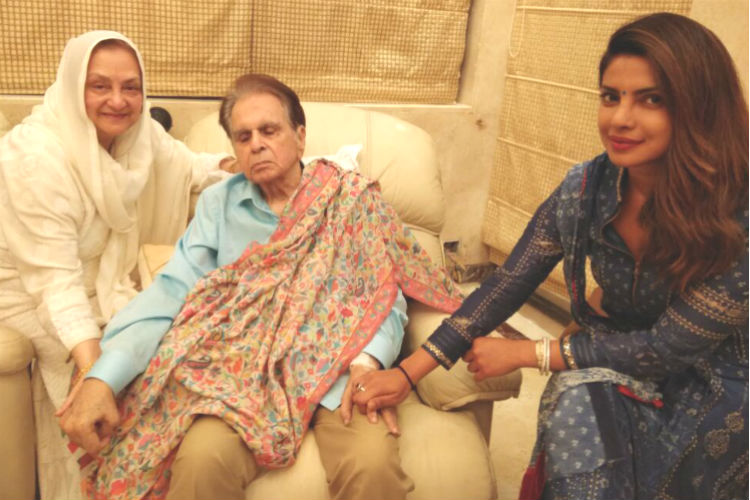 His family friend Faisal Farooqui, founder and CEO of MouthShut.com, posts on his behalf. Earlier on Monday, he said he will post Dilip Kumar’s health updates daily on the social media platform.

Dilip Kumar was last month admitted to the Lilavati Hospital for a week due to dehydration and urinary tract infection. He will turn 95 in December.

Also Read: Dilip Kumar is stable, will be kept under observation for two days