Kareena Kapoor Khan owned her pregnancy probably like no other actress ever did in Bollywood. Flaunting her baby bump, Kareena walked the ramp, shot advertisements and attended functions. Now two months after her son Taimur Ali Khan Pataudi was born, Kareena is back to business. The diva has started shooting for and first pictures of her from the sets have surfaced on the Internet.

If you are thinking, Kareena has started shooting for the chick flick Veere Di Wedding, you are mistaken. The diva was at the Mehboob Studios in Mumbai to shoot for a jewellery brand. She posed with the entire team and look gracious while wearing an olive-green tee and black jeggings. 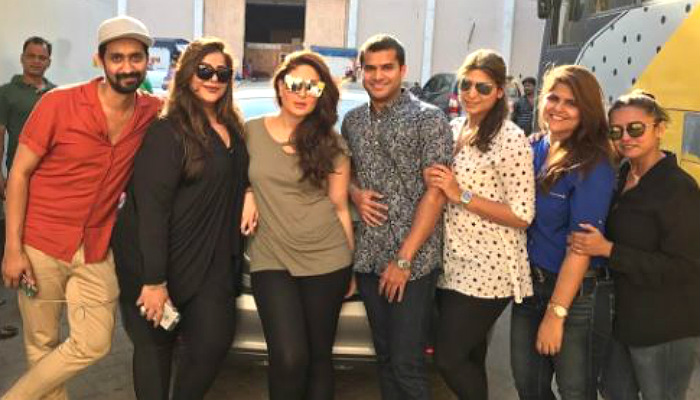 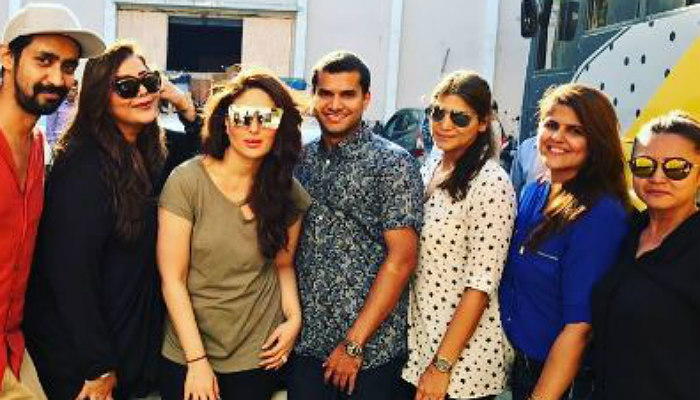 The way Kareena was always on her toes during her pregnancy, it was obvious she would not just sit idle after the baby’s birth. Speaking about her plans to work post delivery, Kareena told a magazine once, “I’ve been keeping myself so busy during this pregnancy that Saif always says ‘You’ll have this baby in Mehboob Studios!’ My friends are constantly teasing me and telling me to calm down and do less. But knowing me, don’t be surprised if I head straight from the hospital to a shoot. I think I’ll definitely be fully back at work one month after my baby is born.”

Well, we are sure Kareena’s fans would be glad to see her working again.