Deepika Padukone recently visited the holy city of Rishikesh and performed the Ganga aarti. She was accompanied by her mother and other relatives. The pictures that have gone viral feature her along with gurus of the Parmartha Niketan Ashram.

One of the pictures has the Bajirao Mastani actor along with Swami Chidananda Saraswati, the head of the ashram. Deepika was welcomed by Saraswati with a rudraksha mala. Unlike Deepika’s other outings, she was seen in her de-glam avatar. Dressed in a simple traditional attire and a brown coloured shawl, she looked beautiful.

We all know that Deepika is known to visit famous Siddhivinayak temple ahead of the release of her films. But this time she has managed to take some time out from her busy schedule and visit the ashram.

Check out the pictures here. 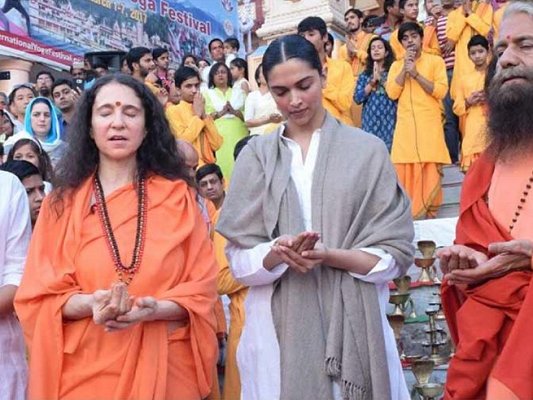 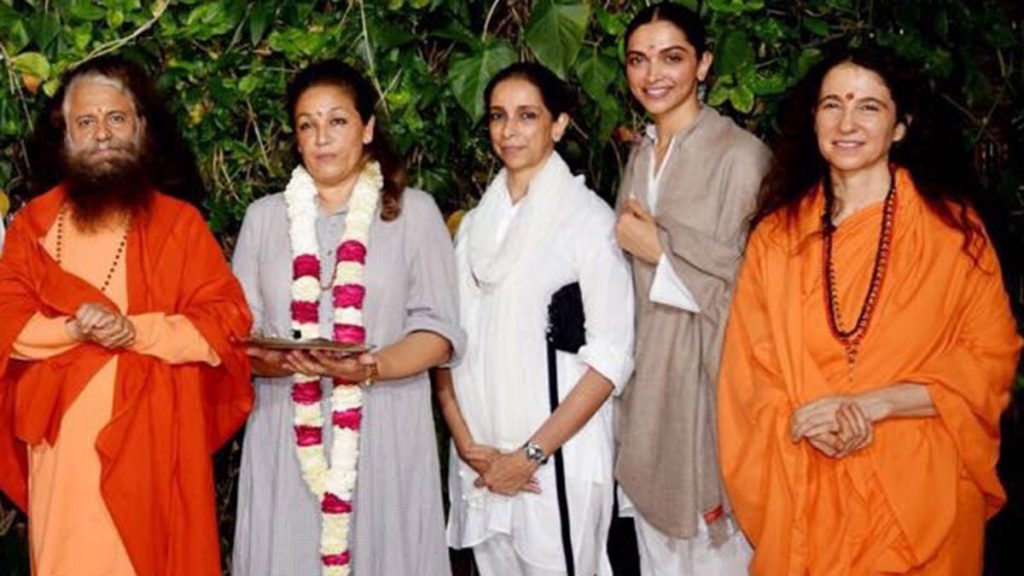 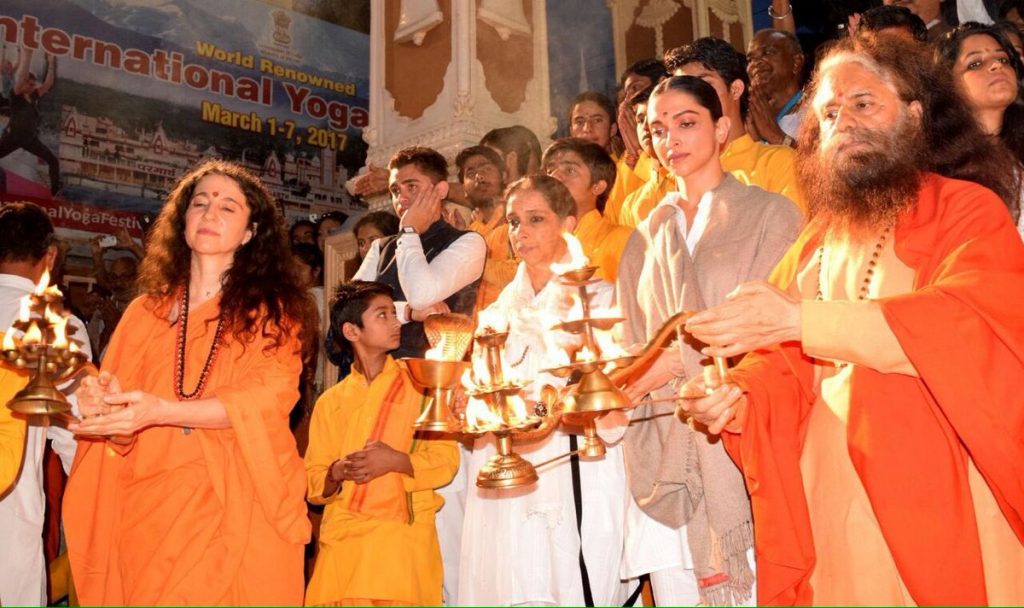 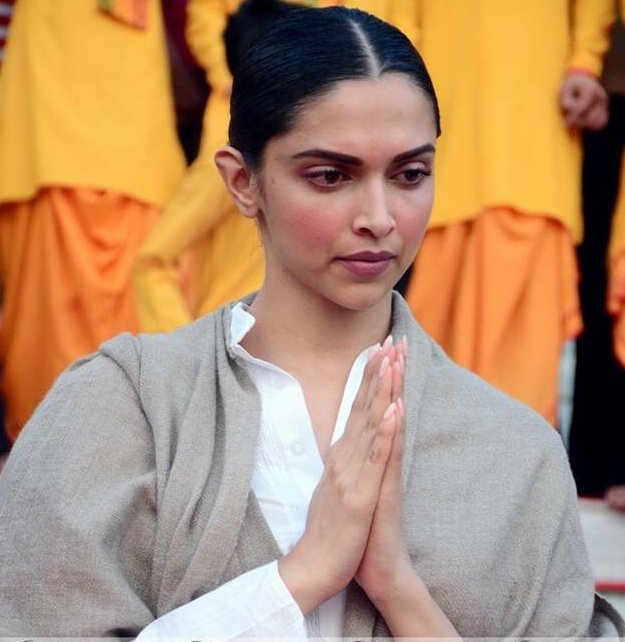 Also Read: Deepika Padukone will give a miss to the Cannes Film Festival this year. Know why

She is currently filming for Bhansali’s historic drama Padmavati, which is scheduled to hit the theaters in November this year. The film has already run into several controversies with the filmmaker being manhandled in Jaipur in February. The location was shifted from Rajasthan to Kolhapur in Maharashtra wherein the sets were damaged again. Padmavati stars Deepika along with Shahid Kapoor and Ranveer Singh.