The actor essays the role of a contract killer in the Kushan Nandy and what it looks like, from the teaser poster of the film, Nawazuddin completely nailed his killer avatar. Clad in a lungi with a radio set hanging on his left shoulder and carrying a container in his right hand, Nawazuddin looks rustic in the poster.

While shooting for the poster, Nawazuddin had said that every individual has his/her own way of expressing romance. “My role is of contract killer ‘Babumoshai’. He is different so his expression of love is different too. In ‘Gangs of Wasseypur 2’, my role was of a shy person who asked for permission to hold his girlfriend’s hand. Here ‘Babumoshai’ is fearless. He romances on the basis of the gun,” IANS quoted him as saying.

Nawazuddin is currently filming for the biopic of Partition-era writer Saadat Hasan Manto.  He will also star in Munna Michael along with Tiger Shroff. This is the first time when both Tiger and Nawazuddin are sharing screen space. The film will also see the Bajrangi Bhaijaan star matching footsteps with Tiger. 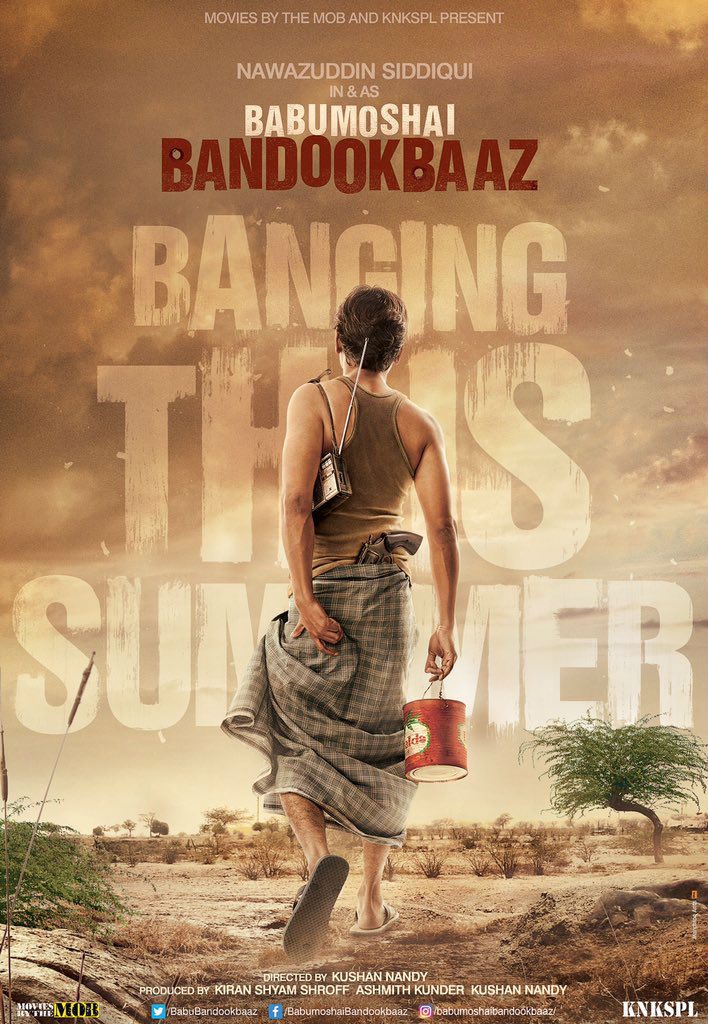