Bollywood singer Sonu Nigam and Master Blaster Sachin Tendulkar teased their fans with a recent picture. In the picture, the duo can be seen performing totally different profession. Sonu a singer by profession is seen wielding a bat, while Sachin Tendulkar is seen holding a mic. We wondered what they are planning for their fans, well only they have the answer. And if we go by the image that went viral on social media platform, it seems the duo are planning a big surprise but to know what the surprise is, you have to wait for their announcement. As they haven’t revealed anything yet about the picture.

To make it even worse, the duo teased their fans about their upcoming project with their tweets. Check out the tweets here, and try to find out what exactly they are planning for.

The picture was shared by Noyon Jyoti Parasara‏. Sharing Sonu Nigam and Sachin Tendulkar’s image on his Twitter page, he wrote: So what exactly is @sonunigam doing with a bat? And who is the other guy? is it @sachin_rt ? What this mystery project?

Also Read: After their infamous Twitter brawl, all is well between Karan Johar and Sonu Nigam

Let’s take a look at the picture 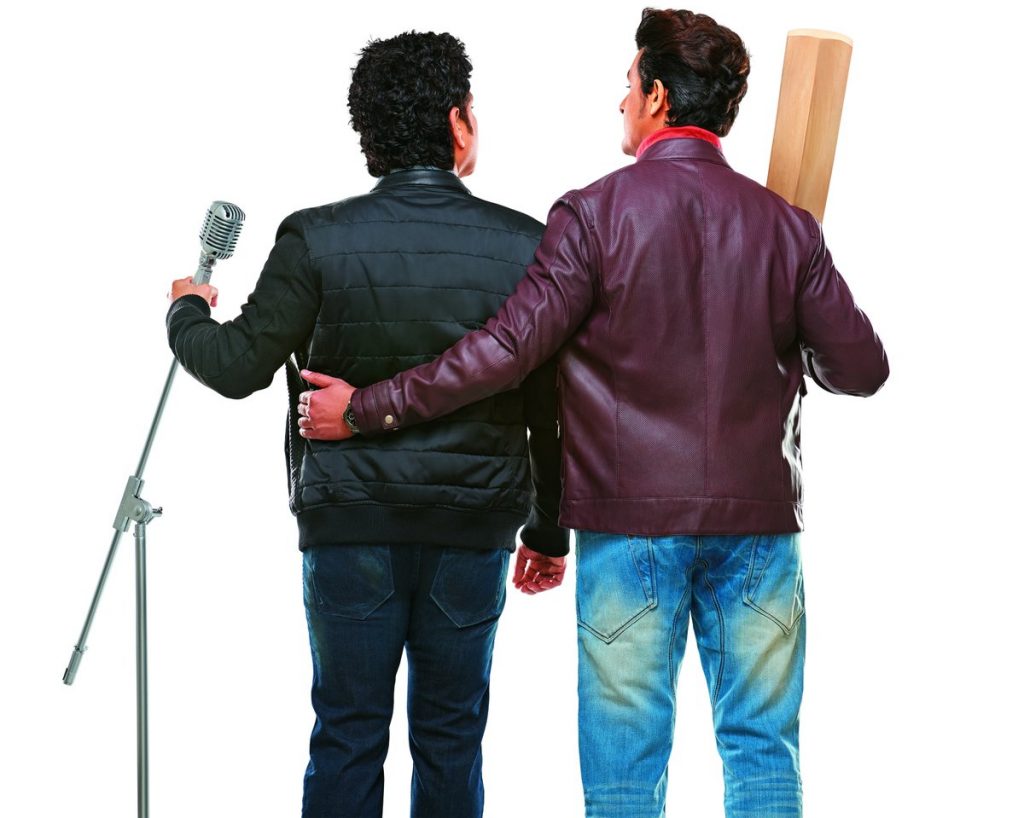 On the professional front, Sachin is all set to make his acting debut with upcoming film Sachin: A Billion Dreams a docu-feature on master blaster Sachin Tendulkar. It is scheduled to hit the screens on May 26. Featuring Tendulkar himself, the movie, helmed by London-based writer-filmmaker James Erkine, will be replete with his personal experiences.