Everybody now knows that Pahlaj Nihalani is now the ‘former’ CBFC chief and that celebrated lyricist Prasoon Joshi has replaced him. It is also known that Vidya Balan and Vivek Agnihotri among others have been appointed as the new Censor Board members. However, you would not be knowing about Nihalani’s take on the entire shuffle.

The filmmaker who had been under media scrutiny for his various decisions as the Censor Board chief finally spoken on the issue recently. Talking to a popular portal, he said that he’s happy to ‘make way’ for somebody and that he hopes the new chief carries on with the values he has imbibed in the industry while censoring films. Nihalani also hinted at a conspiracy done against him from inside the board which has resulted in his ousting. Here are  the five things he said post his removal from the position of Censor Board chief:

On making films again:
I am returning to my first love, film production, in a big way. I will soon be announcing a slew of films. It’s been a highly satisfying tenure at the CBFC for me. But it’s also been exhausting and time-consuming. I am happy to make way for someone else. 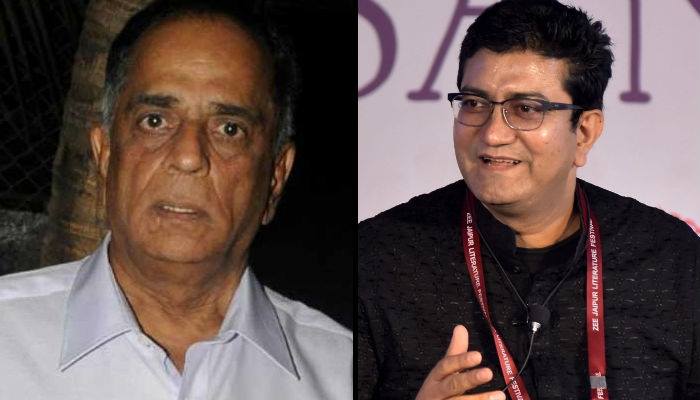 On knowing about the decision in advance:
I had been preparing myself for my exit for months now. Actually, from the time I came in, there have been elements working against me, some of them from within the CBFC. These elements — I am not going to name them on-record — are currently celebrating premature Diwali. Unka toh tyohaar mere jaane se ho gaya (they are in a festive mood because of my removal).

On the work he has done during his tenure:
Whoever takes over from me is welcome to do. I only hope he doesn’t reverse the work that I started at the CBFC. I feel we have achieved a lot in the past three years. We’ve speedened up the certification process and made it entirely digital. I just hope my successor doesn’t succumb to false notions of liberalism propagated by the pseudo-progressive elements in our film industry and work in a direction opposed to mine. 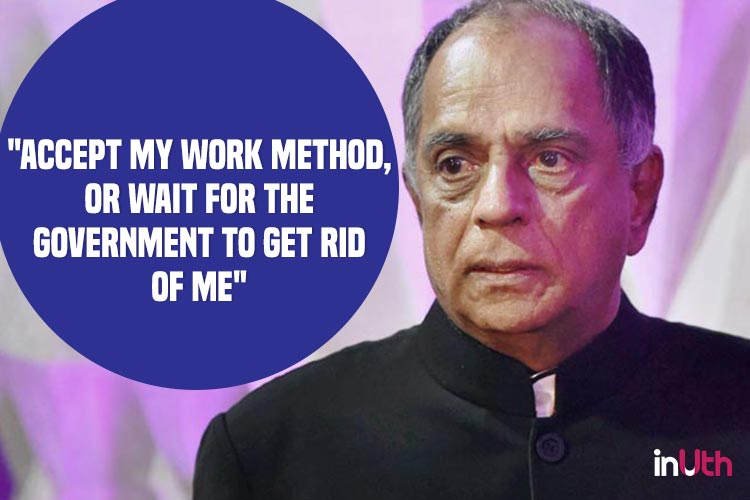 On having ‘no regrets’ with his work:
Do I have any regrets? None at all. I worked in all sincerity and with utmost honesty. In the process, I offended a lot of the so-called progressive elements. I also got labelled a sanskaari censor chief. I am proud of that label. I hope I am remembered as the CBFC chairperson who took a firm stand against vulgarity and pseudo-liberalism, no matter how unpopular it made me.

On removing the corruption from the board:
I was brought in as the CBFC chairperson all a sudden. I happily took up the job that the government thought me fit for. Now when the government has asked me to step down, I do so without any regret. It was a big challenge while it lasted. When I came in there was rampant corruption in the CBFC. I got rid of all the middlemen and touts who made money in the censor certification process. They too must be celebrating Diwali in advance this year.