Rajkumar Santoshi has confirmed that he is indeed looking to make a sequel to the 1994 cult classic, Andaz Apna Apna. The director, however, revealed that the sequel would not feature Salman Khan and Aamir Khan in the lead as the two megastars lack the innocence required to portray the iconic characters of Amar and Prem.

“For humour, you need innocence. That time, these actors had the innocence. Now, it will look forced. It looks cute if a 20-year-old is chasing a girl. A 45-50-year-old man chasing young girls looks vulgar,” said Santoshi.

While sequels in Bollywood are often considered as an easy way to earn money at the box-office, Santoshi reveals that he would start shooting for Andaz Apna Apna 2 only once he comes across a script that he better than the first film. He said, “I want to make a worthy successor. What other filmmakers do is en-cash on a successful film’s title, whether there is a story or not. I can’t cheat people with the title. The day I’m satisfied with the subject being the worthy successor, I will get on the floor with the movie.” 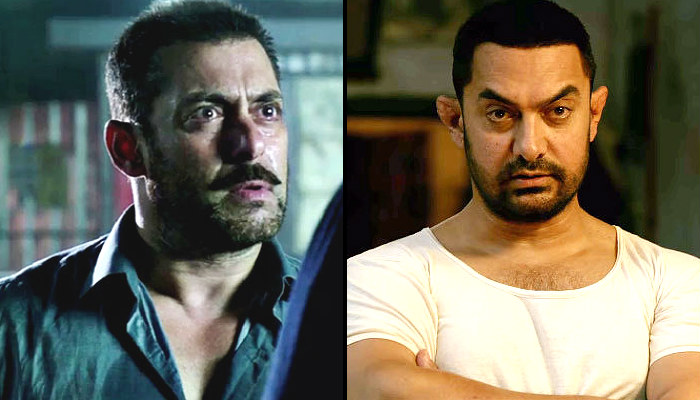 Also Read: Here’s what Andaz Apna Apna’s sequel would be like if it was written by our generation

When asked about the actors who can reprise the characters of Amar and Prem in the film, the director said Varun Dhawan, Ranbir Kapoor and Ranveer Singh have a good comic timing, however, there is still a long time to go.

“There is Ranveer Singh, Ranbir Kapoor, Varun Dhawan… They are all promising actors and they have the knack for comedy. I will pick up good talent for the film,” he concluded.

Rajkumar Santoshi is currently busy shooting for Battle of Saragarhi starring Randeep Hooda in lead.  Upon its release, Andaz Apna Apna was a huge disaster. However, the film managed to gain a cult status over the years owing to home video and television screening. The film is considered as one of the funniest Bollywood films till date.

Also Read: Katrina Kaif was asked to grade Shah Rukh, Aamir and Salman Khan for their qualities. But was she unbiased? Find out