The impunity with which Karan Johar, Varun Dhawan and Saif Ali Khan tried to mock Kangana Ranaut’s nepotism comment at IIFA last night has to be one of the ugliest moments in the history of Bollywood fights. A lot of mediocrity passes off as brilliance in this film industry. A lot of lame jokes are taken as comedy. Many bad actors keep getting breaks after breaks after breaks because of whose sons they are.  But when three privileged and entitled men gang up against a free spirited and opinionated woman, it makes you question — does this industry even deserve the kind of attention and love it gets from people?

For the uninitiated, here’s what happened at the IIFA awards last night:

Karan Johar and Saif Ali Khan were hosting the show and announced the best actor award in a comic role. Now, here’s the irony. Who gets the award? Varun Dhawan for his role in Dishoom. That nomination and award had NEPOTISM written all over it.  Then began the unnecessary and forced take down of Kangana’s comment on nepotism made on Karan Johar’s show this February. When Dhawan was collecting the award, Saif said: “You are here because of your pappa.” To which, Dhawan responds: “You are here because of your mummy (i.e Sharmila Tagore).” Karan Johar jumped in saying: “I am here because of my pappa.” Then three of them shout: “Nepotism rocks”. Varun Dhawan further pushes Karan Johar reminding him, “woh kya gaana tha…bole churiya, bole Kangana”, to which Karan Johar says: “Kangana na hi bole toh achha hai.” All this when Kangana wasn’t even present. How sly!

The joke was not even funny. Because if anything, the joke was on them. Indeed, Varun is in the industry because of his surname, so is Saif and Karan Johar.

Karan Johar had two choices when charged with nepotism –to accept it and amend it (because he has the power to do so) or to deny it and move on with it. He did neither.

The whole episode has exposed the unfathomable degree of meanness and pettiness Karan Johar is capable of. There is no doubt about the fact that he isn’t a great filmmaker. But an influential character in Bollywood nonetheless, rightly described by Kangana Ranaut as “movie mafia”, the “flag-bearer of nepotism”. Ever since the interview, Karan Johar has done everything possible in his capacity to paint Kangana as a crazy woman who is playing the “victim’s card”. After the controversial Koffee with Karan episode was aired, in an interview with film critic and commentator Anupama Chopra he said: “I am done with Kangana playing the victim’s card. If this industry is so bad, why doesn’t she leave it?”.

Also read: Nepotism row: Ranbir Kapoor is a legit superstar and certainly not a product of ‘Bollywood propaganda’

Then he wrote a very disturbing blog saying that it is not his fault that the only good actors he finds during auditions for his movies are industry kids. Like really? Anushka Sharma, Shah Rukh Khan, Nawazuddin Siddiqui, Irfan Khan and Kangana herself—all these towering personalities, amazingly good actors were outsiders. In fact, he was against Aditya Chopra launching Anushka Sharma. This is what he had to say about the leading actress.

“I tried really hard. I told Aditya Chopra not to cast her. He showed me pics of Anushka Sharma and all and I was like ‘Are you mad? What are you thinking? During Rab Ne also… she was sitting as a Dulhan and that was her first shot and my mother was feeling bad.. she came and told me…Oh god, I will have to be nice to her and poor thing she doesn’t know there is no career left after this’.

If Johar is going to see the world through the glasses of good looks, obviously he is only going to like the well-groomed star kids. 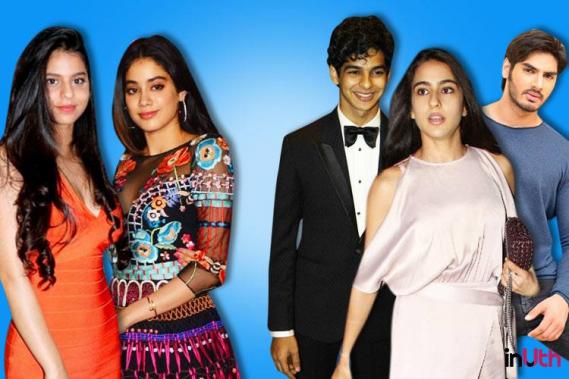 Karan’s limited understanding of the world doesn’t allow him to see through the real intent of Kangana Ranaut’s anger against nepotism. What for him has become an ego battle, for Kangana was merely a way of leaving behind her story to guide industry outsiders. At a fashion event, she beautifully articulated her thoughts:

Talking about nepotism is not an objection, it’s an observation. My prerogative as an individual is to leave behind my footprints for the ones who will follow me. And it’s important that they know where I fell, where I walked, where I stayed and where I ran. So it’s important for me to talk about my own experiences not to say that people shouldn’t do what they like to do.  It’s just that someone shouldn’t be shamed for sharing a room with ten people at an uncool location, or having a sweat patch because they came for an audition in a rickshaw and the doors shouldn’t be shut on their faces because of these things. The fact the industry today has a lot more democratic environment is because of people like us, who have made niche films mainstream and not speaking in English cool.”

On the contrary, Karan has written and said everything to break a person, just for showing him the mirror. Clearly, what he saw in the mirror was quite ugly and that’s why these ugly reactions.

A rattled and united industry

Kangana’s no holds barred appearance on Koffee with Karan and her comments on nepotism have left the industry rattled. That is clear from this shameless display of groupism at IIFA. Otherwise, why would Saif and Varun join Karan in his war?  Otherwise, why do her statements made half a year back still haunt them and have them bleeding and crying?

The #NepotismRocks act by Dhawan, Johar and Saif is a warning to all women with a mind in the industry “bitch, don’t you dare speak against us –the first families of the industry “. This despite the fact that Kangana is the finest actors of our times, a three-time national award winner at a very young age. What else does she have to achieve to be respected and accepted within the industry?  What gives a mediocre actor like Varun Dhawan the right and the ammo to attack her? That an entire gathering of star kids sitting in the audience laughed at the joke is shameful. It is shameful that they celebrated their collective mediocrity and I-scratch-your-back-you-scratch-my-back attitude by bringing down one of the few shining stars of this industry.

What began as contempt for Kangana has turned into fear now. The reason is simple. She makes news even in her absence, she makes news when she makes an appearance, she makes news for her terrific dressing sense, she makes news because of her statements, she makes news when she is silent — she doesn’t have to rely on gossips or affairs to be in news. Her work is enough, her personality is enough to drive people to like her, love her and be inspired by her. She leads by example. She has lived a difficult life, she has told the story of her life well, and now she has control over the story of her life because no Karan Johar is writing it. And finally, they are scared because the very woman who they considered an outsider is seen as an insider by the audience. The audience connects with her because Kangana’s small town tales and struggles resonate with them. The perennially divided social media is united in its support for Kangana and stands against the industry’s apathy towards her. If not anything else, Saif, Varun and Karan have lost at least a dozen fans each for sure.

I dare you to chant ‘nepotism rocks’ in the presence of Kangana. She has scared you enough to go 3 against 1. @karanjohar @Varun_dvn

Dickheads of the century. https://t.co/V2Tsg9EDjD

I’d like to see the likes of Karan Johar, Saif & Varun Dhawan try their Nepotism humor when Kangana is in their presence. #IIFA

If anything that’s emerged from the nepotism debate that Kangana triggered is, Karan Johar is one petty man.

The industry’s blue blood must realise, when the battle is between their last names and her middle finger, it’s the latter that would win, hands down.