Neil Nitin Mukesh’s wedding with Rukmini Sahay concluded in Udaipur yesterday and it was nothing short of a beautiful dream. They two took nuptial vows in presence of close friends and family. The venue Radisson Blue was all decked up for the big day and the functions that preceded.

The celebrations started on Monday when Neil took the stage and crooned Kabira. But it was the start. In the days that followed, the fun and frolic went notches higher. Pictures of the pre-wedding ceremonies speak volumes about the undying love between Neil and Rukmini.

The New York actor met Rukmini through his family and the two immediately hit off. Speaking about Rukmini, Neil had earlier said she understood him well. He had said:

I think she (Rukmini) is just perfect. She is the perfect balance that any man would want in his woman. She is simple, beautiful, loving and all the awesome adjectives I can think of. She fits them all.

Also read: Pics & Video: Neil Nitin and Rukmini Sahay’s Sangeet and Mehendi ceremony was nothing short of a beautiful dream!

Our chemistry is outstanding. She understands that I am a little bit of a prankster. I have a habit of joking around and sometimes people don’t understand my jokes. They might get offended sometimes, but she instantly understood the kind of person I am and laughed at every point.

And a look at the pictures proves that Neil and Rukmini are indeed made for each other. Rukmini wore an ornate lehenga with stones, resham, and sadhi work and Neil looked every bit royal in a deep maroon and gold ensemble.

Have a look at the pictures:

The wedding was attended by Rishi Kapoor and Yash Chopra’s wife Pamela Chopra. At the wedding, Rishi Kapoor crooned the song Mai Shayar Toh Nai and everyone became happy. 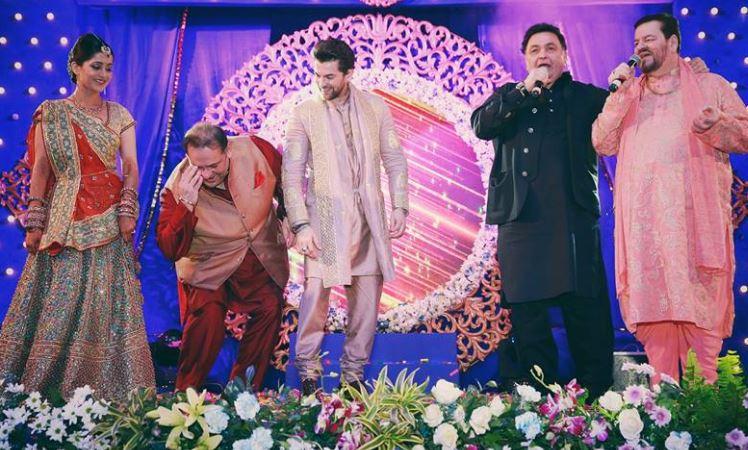