Trust Nawazuddin Siddiqui to push his boundaries as an actor every time and he doesn’t disappoint. The actor, who is riding high on the success of his last on screen outing Raees, will be seen in a biopic next. He is all set to play the role of author and playwright Saadat Hasan Manto. His first look from the film was unveiled recently and you would be surprised to see the uncanny resemblance.

In the black and white picture, Nawazuddin can be seen sporting spectacles.

Here is the look he shared on social media: 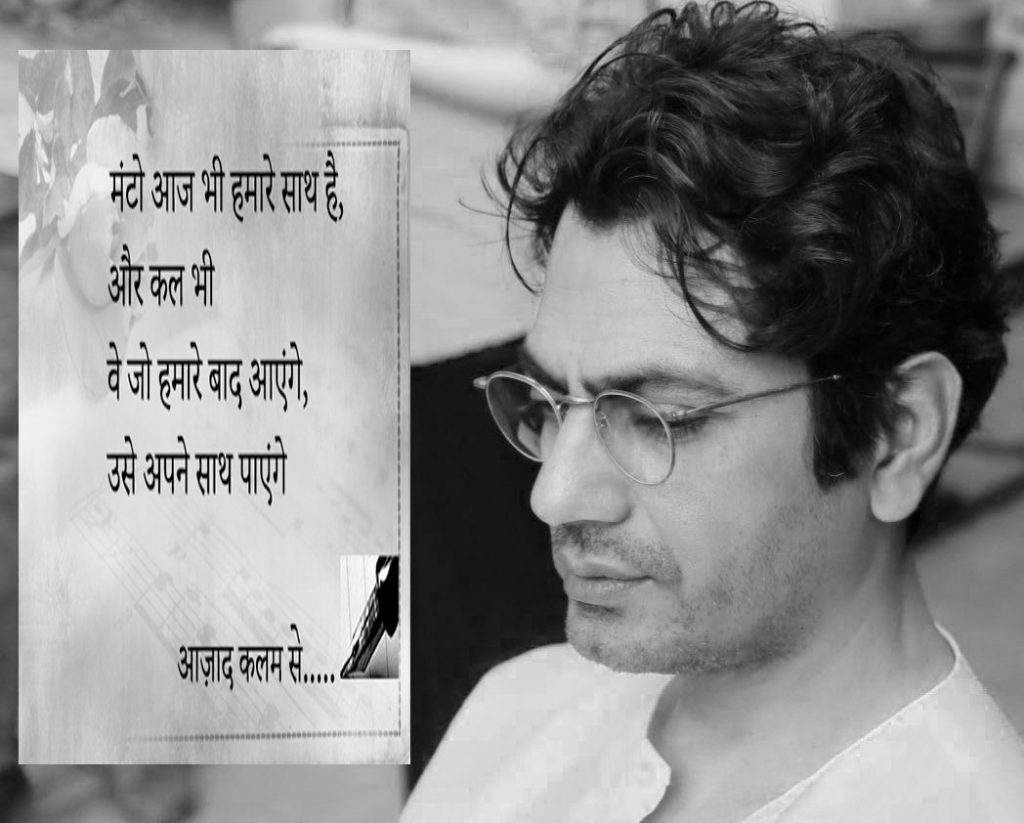 To be helmed by Nandita Das, this is the first time that Nawazuddin will be playing a writer. Speaking about his role, Nawazuddin had earlier said that he read a lot of Manto’s works and knew many by heart. He said the film will trace the writer’s journey from 25 to 35. He also revealed that they wouldn’t be using any prosthetic make up, just to keep the look as natural as possible.

Speaking of the challenges, Nawazuddin revealed that since no videos mare available of Manto, he would have to rely on the writer’s works to get into the skin of the character.

About this film, Nandita had earlier said:

It’s a work in progress with a lot more to be done in terms of how Manto looked and, more importantly, how he was as a person. His attitude, sensitivity, courage and fears… many contradictions have to be portrayed honestly. I have no doubt that Nawaz is the best choice for the part, his range as an actor and sensitivity as a person are both needed here