Taapsee Pannu starrer Naam Shabana has struck a right chord with Bollywood celebs as they cannot stop heaping praises on the film. A spin-off of the 2015 hit film Baby, Naam Shabana puts the spotlight on Taapsee Pannu. The movie tells her journey from quintessential girl next door to becoming the secret agent. Unlike the first instalment of this spy thriller series Baby, this one has not been directed by Neeraj Pandey. Shivam Nair donned the director’s hat this time.

Naam Shabana has been marketed extensively as Taapsee’s film. To get into the skin of the character, Taapsee learnt Japanese martial arts and Israeli form of self-defense.

In the film, Taapsee Pannu’s character Shabana Khan sets on a mission to act against the one planning an attack on India. In her mission to detonate criminals, Shabana is joined by people who are well versed in the act. Important roles in this film have been played by Anupam Kher, Rana Daggubati, Manoj Bajpayee, Danny Denzongpa along with Prithviraj Sukmuran as the antagonist.

Akshay Kumar, who was the protagonist in Baby has a cameo in this film and celebs praised him too for his short but powerful role. 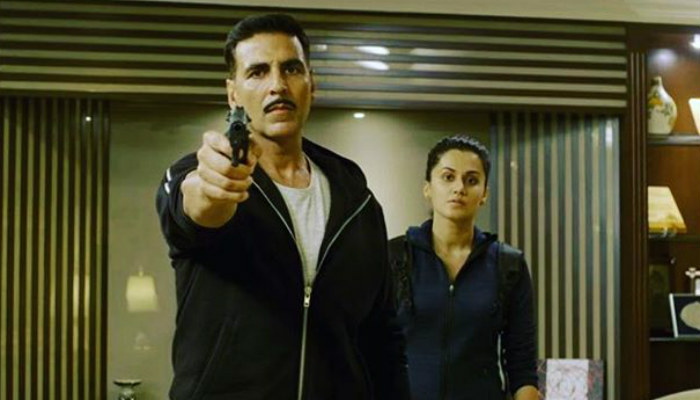 While celebs are all praises for Naam Shabana, the critics seem less pleased. A press show was held yesterday and many seemed disappointed from it. Few critics were of the opinion that the film was too predictable while others felt Taapsee was more amazing in Baby. However, it will only be known after the film’s release if the viewers agree with the celebs or critics.

Check out the tweets of few celebs:

Saw #NaamShabana. BRILLIANT.!!! @taapsee take a bow. You are the #Hero and the #Heroin Of the film.

Saw #NaamShabana and @taapsee was terrific ! So proud of you ! @akshaykumar as always comes and just owns the space bRILLIANT !! #mustwatch

Naam Shabana was made on a budget of Rs 20 crore and trade experts have suggested it will easily overcome its cost. It is expected that the film will earn close to Rs 5-7 crore in the first day and around Rs 50-55 crore over the weekend.