Tiger Shroff, Nidhi Agerwal and Nawazuddin Siddiqui’s Munna Michael is all set to impress viewers. The dance drama is the story of an ardent Michael Jackson fan who teaches few moves to a gangster. What follows next is a tale of friendship, heartbreak and more. The music of this movie has added to the buzz of it. One of the songs Pyaar Ho, which is a romantic number has gained a lot of attention. The composer of this song Vishal Mishra spoke about the movie, working with Salman Khan and more.

With Pyaar Ho, what was the one thing you wanted to give to music lovers?

When we started working on the movie, the director Sabbir Khan was very clear with what he wanted. He wanted a song which could be hummed by anyone and was free from complexities. He wanted it to be very subtle. This is the only love ballad in the movie so it was important to get everything right. We had to find the right pace for the girl also. When I heard the narration, the first thing which came to my mind was Pyaar Ho. Yeah, this is the story of the song.

Sunidhi Chauhan has crooned the song. How was it working with her?

It was a mind-blowing experience. See, working with anyone who is the epitome of their art is beautiful. Those who are at top of their game teach a lot and know how to contribute in making the product amazing. It sounds very easy but the lines Sunidhi has sung are really difficult.

Now, you have recorded a song for a Marathi film which is sung by Salman Khan. What is one thing about Salman the singer which no one knows?

He is very good with his music. I had sung the song earlier and he wanted me to retain a part of my song in his version. He sang the song in 45 minutes. I get inspired by Salman, he talks about work and nothing else. I think actors singing is a nice practice for the industry. It only helps the movie get more attention which in turn translates to money. And we should not forget a lot of money is put in making a movie. 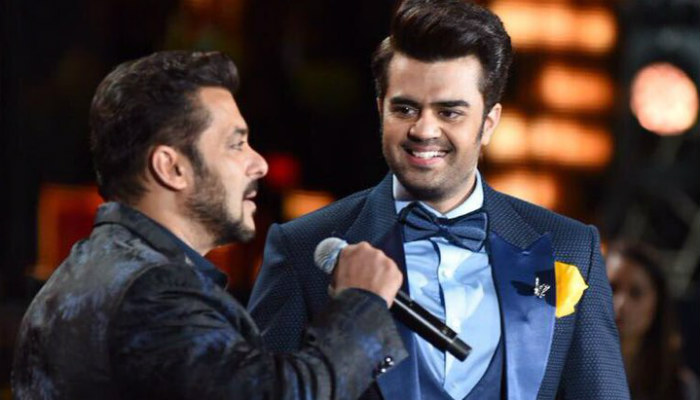 How has your journey as a composer been?

It has been a dreamy journey. Four years ago I was studying law and today here I am, talking about music. I breathe music 24X& and the fact that I am making money out of my passion is everything I could have asked for. It is blissful. I worked hard and then met the right people at the right time. I hope all the music which I make is remembered for a really long time.