It is Hrithik Roshan’s 43rd birthday today and his former wife Sussanne Khan had a pretty sweet message for him. On the photo sharing app Instagram, Sussanne shared a picture of her and Hrithik with a quote that read ‘Happiest soul are the prettiest’. By sharing this photo, Sussanne has proved that despite the divorce they have kept terms between each other amicable, something they said to maintain on multiple occasions.

Childhood sweethearts Hrithik and Sussanne got married in 2000 but split after 14 years citing irreconcilable differences. Post their shocking split, there were many reports alleging that extra-marital affairs of both Hrithik and Sussanne led to their marriage hitting the rocks. Tabloids were filled with gossips about the same but the parties involved always denied it.

Hrithik and Sussanne never allowed these reports to get the worst out of them. They parted ways but never spoke ill about each other. In fact, when Hrithik was embroiled in a controversy with co-star Kangana Ranaut earlier last year, Sussanne was one of the few people who stood by the Greek God of Bollywood. She released statements that Kangana has been cooking up stories and nothing happened like she claimed.

Also read: Happy Birthday Hrithik Roshan: After playing a superhero, soldier, here’s what you should do next

A few months ago, Hrithik and Sussanne paved way for reports of reconciliation after they were seen going out on a lunch date together. But later Sussanne shunned all these reports by tweeting that they are parents first. 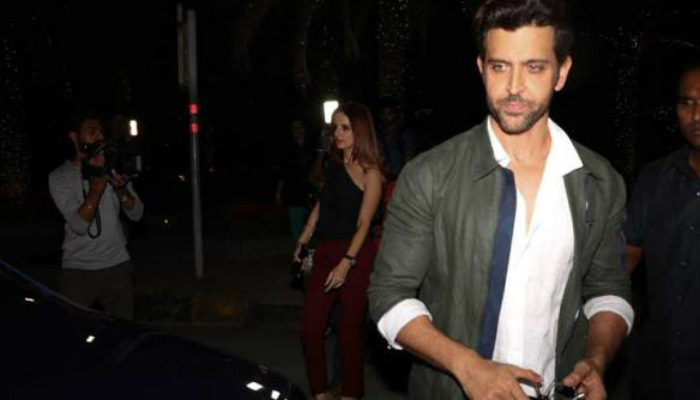 Here is what Sussanne posted on Instagram. This just establishes that she has no hard feelings after the split.

Hrithik is rumored to host an intimate birthday celebration with close friends and family. On the work front, he is awaiting the release of Kaabil, a movie directed by Sanjay Gupta and produced by his father Rakesh Roshan.