If the current crop of Hindi films are to be believed, India (or Hindustan) has never been more unsafe than now. Which is why, we’re continuously being fed films about ‘outsiders’, trying to disrupt the peace of our motherland. From Alauddin Khilji, the faceless intruders in Uri, to Ahmed Shah Abdali in the upcoming Panipat – Hindi cinema might not be successful at giving these characters any depth, but their Muslim identity is emphasised upon through miscellaneous things like the soorma (kohl) around their eyes, and their black outfits. As an addition to mainstream Bollywood’s recent heap of films telling us to fear the ‘outsider’ (read: Afghans or Mughals), Aditya Datt’s Commando 3 lies at the bottom. That’s because it thinks it is better, when it’s clearly not.

Gulshan Devaiah as Buraq Ansari, is the uber-urbane fundamentalist trying to execute his karishma (read: terror attack) in India, after apparent success in Europe. His introduction scene tries to establish him as a man of taste, chopping veggies and cooking meat with the eeriness of Hannibal Lecter. As Ansari, Devaiah digs himself into a ditch, trying to calibrate a difficult immigrant accent, that sounds more incredulous as the film proceeds. It sounds British when he’s speaking in English, but begins to smell like the subcontinent when he switches to Urdu. There are words & phrases caught in the crossfire, where he can be heard screaming like a Brit… trying out Urdu. The end result is a hodgepodge of a larger-than-life Bond villain, a criminal mastermind, and a fiercely devoted bigot… whose blood-lust knows no end.

Some would call this a missed opportunity, because even as an actor of Devaiah’s caliber, he never quite convinces us of the silent dread. It’s a poorly directed performance, as much as it’s unconvincingly performed. 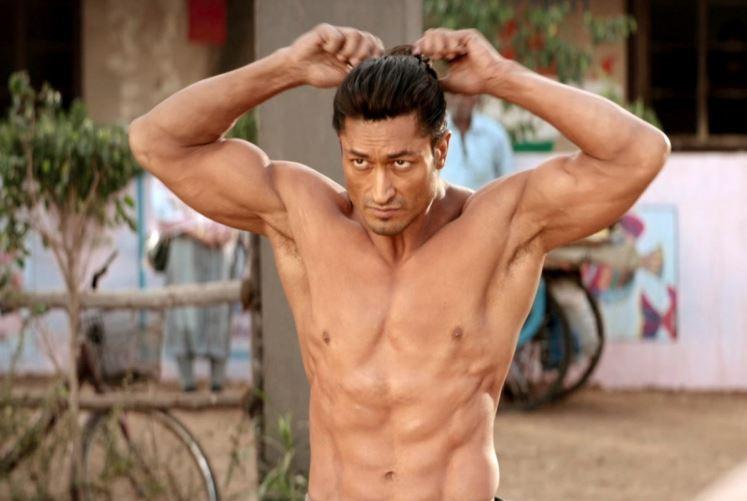 Going from the film’s best what-could-have-been situation, let’s dive into the film’s saviour. Some would argue that there’s no bigger superhero than Karan Singh Dogra (Vidyut Jammwal) in the current climate – he’s a man, a soldier for the country, and a Hindu with a generous amount of yakeen (belief) in his Muslim brothers. He will, at some point, ensure that the Indian Muslims participate in Dusshera celebrations, and chant ‘Jai Shri Ram’, to prove that they aren’t on Buraq Ansari’s side. In a time, when mobs are rounding up innocent Muslim men and women and forcing them to shout ‘Jai Shri Ram’ to prove their loyalty to this motherland, this is an especially disturbing scene.

A good amount of time is spent in establishing the difference between the ‘good’ and the ‘bad’ Muslim, and yes, in the world of Commando 3, Muslims are… bad. The Maharashtrian Hindu cop is honest, two young Hindu boys are victims of ‘Muslim’ conversion, the Hindu mother is as bechaari as she can be. Also, the British Intelligence agents are morons because this is a Hindi film, and when have foreigners not been a punchline ever since Bob Christo set foot here.

Jammwal could be a decent action star, only if the director didn’t burden him with the responsibility of ‘acting’, that too as an ‘undercover agent’. If you thought Tiger Shroff, in Siddharth Anand’s War, was the dumbest spy to have ever adorned the big screen, wait till you see Jammwal. Much like mainstream Hindi films, subtlety isn’t Jammwal’s greatest strength. He clenches his jaw, tightens his fists… every five minutes. All the film’s conflicts are resolved by broken bones, stabbing knives, bullets and grenades. 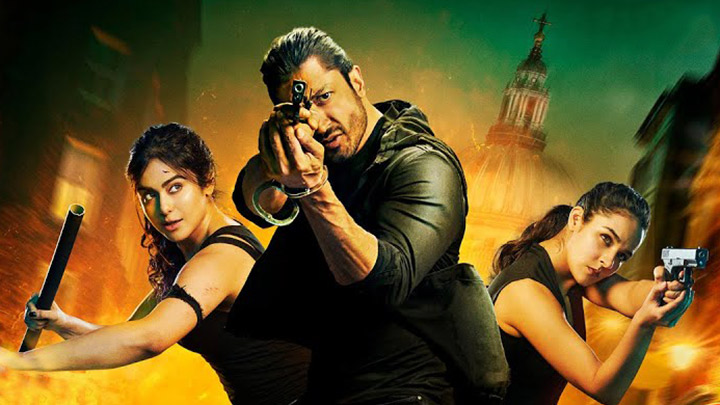 Much like the rest of the Commando franchise, even Commando 3 looks like a feature-length testament to Jammwal’s athleticism. When he punches, the sound design thumps. There’s one showdown between two heavies, where the director surprises us with an unexpected finish – one quick, clean maneuver. But this one brief moment in a film of over two hours, is barely a pinch of salt in a main course dish meant for thousands.

The two women in the film – Adah Sharma & Angira Dhar, seem like they’ve been hired to meet the film industry’s ‘mandatory diversity quota’. They kick some serious butt, thereby lip-servicing the #FutureIsFemale trend. They don’t do much, apart from barking the odd ‘intelligence’ phrase like “triangulate his position!” or gushing about the leading man’s protein shake-and-muesli physique. #BechdelWho

Commando 3 is hardly a hallmark Hindi film franchise, that will ‘disappoint’ its fans with its less-than-palatable politics. But it does serve as an example of the times we’re living in, and the popular perception around religious identities in 2019 India. If the kohl-eyed ‘outsiders’ don’t get us, these films surely will.