Is there a running bet in Bollywood to find out which South Bombay Punjabi actor does the worst impression of a Bihari accent? Because we may have found a winner. For not even Hrithik Roshan in his bronzed glory or Arjun Kapoor with his ‘mahsalf from veelej area’, can compete with Sidharth Malhotra, who struggles with the dual effort of emoting while keeping up a ghost of an accent.

Jabariya Jodi is set in the backdrop of the UP/ Bihar groom kidnapping incidents, where men were abducted by the girl’s family and forced to marry in order to avoid paying the usually sky-high dowry. A grim and tragic issue, everyone would agree. But in Prashant Singh’s directorial debut, groom kidnappings are just a comic prop for Sidharth Malhotra to flex his muscles with little to no provocation. 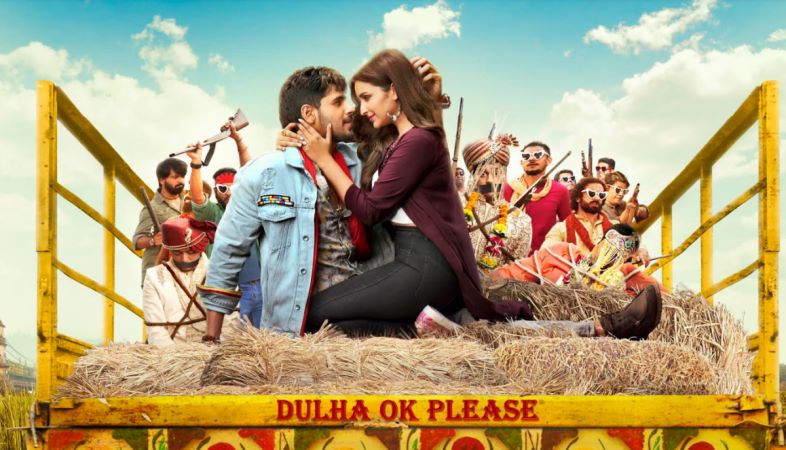 If you wait for the director to explore the inner workings of a ‘kidnapping gang’, spare a moment or two on the evils of the dowry system, or talk about the couples whose lives were decided by others when they were forced to marry, or at least a serious discussion on consent, you’d be waiting in vain. There’s no attempt to explain anything. Not even the existence of this film.

The central premise, as the trailer already told us, is Malhotra (Abhay Singh) and his gang of boys who kidnap grooms on the orders of his father, Hukum Singh (a very off brand Javed Jaffery) for families who pay him in order to escape the demands of dowry.  Things fall apart when Malhotra meets his lady love, Parineeti Chopra (Babli) who turns the tables on him, and kidnaps him after he refuses to admit his feelings for her. Her move sets off a series of events, which, are so illogical, they do not bear recounting.

Sidharth’s Abhay carries a gun along with an ammunition of incredibly poor puns no self-respecting Bihari would accept, while Parineeti’s Babli is loud and angry for no apparent reason. Dressed in ill-fitted, mismatched clothes, because how else who you show people from a tier-two city, both the leads never quite seem at ease with the character they’re playing.

The supporting cast with Aparshakti Khurana (Santu), who gets friendzoned by Babli at the altar; Sudhir Mishra as Babli’s dad and Sheeba Chaddha as Abhay’s mom are the only ones bearable in an otherwise excruciating film.

Jabariya Jodi seems have been made with a check-list of tropes in mind: Referencing litti chokha, because Bihar? Check. Guns and goons in every corner, because jungle raj? Check. Crass, sexist jokes about women, because a man (Sanjeev Jha ) wrote the film? Check. The only thing Ekta Kapoor and co. forgot to add to this list, was a coherent screenplay that would tell you a story.