Does Akshaye Khanna know something, we don’t? After his last distasteful outing in The Accidental Prime Minister, where Khanna plays a media advisor with a Frank Underwood-esque pizzazz, he stars in Ajay Bahl’s Section 375 as a hot-shot defense lawyer. He walks around spouting mantras like ‘never fall in love with the law, it can turn into a jealous mistress’ and ‘we’re not in the business of justice, we’re in the business of law’. Khanna is an extremely watchable actor, and it’s only natural that the audience indulges him. But the slickness seems like it belongs in a different film. A better film. 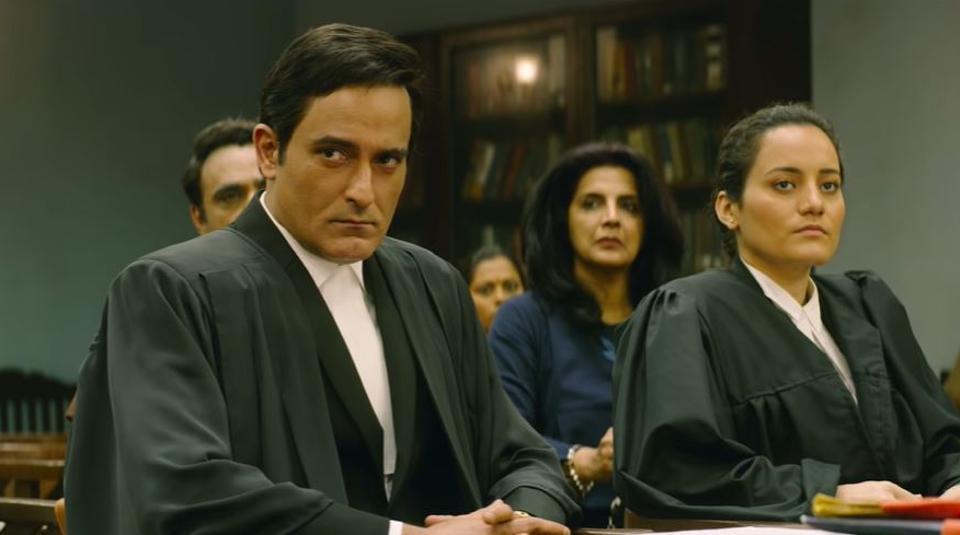 B.A Pass director Ajay Bahl’s second film, Section 375, is what many might describe as ‘timely’. One that goes around investigating the murky nature of Section 375, the law pertaining sexual assault/rape, and the broken system of Indian judiciary. Never quite as smart as it imagines itself to be, Bahl’s film poses an interesting question at its core – does upholding the written law always result in adequate justice? Time and again, Section 375 makes a special effort to mock trending hashtags (#MeToo) and overenthusiastic activists, criticising them for shaping public opinion about a person undergoing trial. And even though it’s possible to recognise the ambition of Bahl’s script about the misplaced good intentions of a crusader in today’s time, one simply cannot ignore at how reductive the film ends up becoming.

A production assistant (played by Meera Chopra) has alleged rape against a Bollywood director (Rahul Bhat). As the case proceeds to the High Court and preliminary evidence from both sides are found to be tainted, it becomes a classic case of he said/she said. What follows is a Rashomon-like retelling of the same incident. Why this never fully works for Section 375, is because of the central conflict’s lack of ambiguity. Bahl’s tricks reveal themselves well before the punchline. With the help of their two lawyers (Akshaye Khanna & Richa Chadha) the makers paint a black-and-white picture, doing disservice to their agenda of showcasing the many complicated facets of ‘truth’. 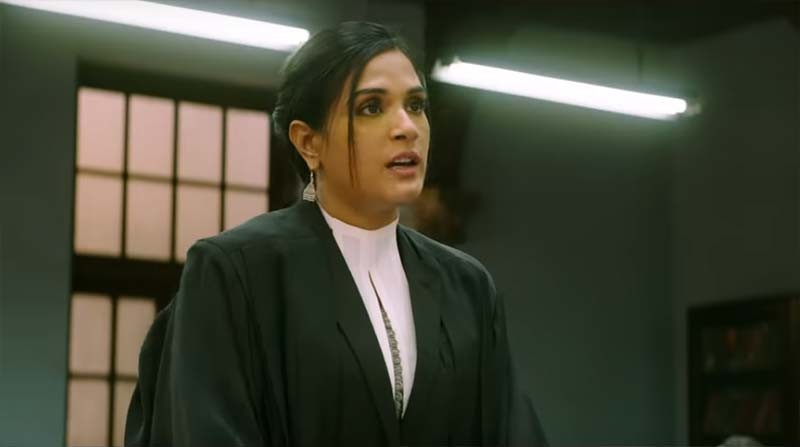 The crude ‘procedure’ that follows a rape allegation, the meandering line-of-questioning, the blatant victim-shaming at every step – Section 375 goes through the beats with a tacky Madhur Bhandarkar-type of realism to them. Some of the courtroom scenes have the odd levity of Chaitanya Tamahane’s Court, while also dialing up the volume to Rajkumar Santoshi’s Damini at several points. “This is not a flea market, where you can bargain…,” a judge tells a lawyer in her chamber, almost reminiscent of an class teacher screaming ‘this is not a fish market’ inside a classroom. Unexpected laughter.

A fatal flaw in Ajay Bahl’s Section 375 is that for a film that recognises the importance of optics (or how things ‘look’) in the current climate, it isn’t quite receptive to its own ‘message’. Under the illusion of giving a ‘balanced view’, the film ends up advocating the popular narrative of a ‘vengeful victim’ and the ‘victimised man’.

At a time when mainstream Bollywood is looking to turn its back on most #MeToo allegations and rehabilitate the accused men, there could be few things more damaging than a film glorifying a ‘false accusation’. This is exactly the kind of film that most of the accused might watch and go – ‘I told you so…!’ Not to say, that a story like this is impossible, but it would have probably helped to make this with more retrospective wisdom.

Given how the ‘cancel culture’ has been critiqued in comedy specials by the likes of Aziz Ansari and Dave Chappelle, Section 375 doesn’t quite possess the nuance to carry out a conversation like this. It merely adds ‘false cases affect the genuine ones’ — like a postscript — which is the only time the film acknowledges *actual* rape. For the rest of the duration, the film talks about rape/sexual assault as a weapon in the hands of vindictive women. It’s only a matter of time before this film becomes the apologist brigade’s reference point.

Ajay Bahl’s film probably intended to pull something off like 2008 film Doubt, starring Meryl Streep and Phillip Seymour Hoffman, but it cannot retain its ambiguity. By the end, the film is telling us what to feel. Promising actors like Khanna and Chadha are reduced to pawns in this (unintentional?) condemnation of #BelieveWomen, at a time when most alleged victims are hopeless about speaking out/participating in laborious sexual misconduct investigations. For a film that cautions us about being driven by sentiment, Section 375 could create an anti-sentiment towards most survivor accounts. Where the law and society is already rigged against them, this irresponsible film might just go on to become a defense for powerful men.

“Remember, in that film, how the director was falsely accused…?”