For a brief period in my life, I volunteered as a teacher in a government school which catered mainly to children from low-income families. During that period, most of my days ended with me curled in my bed, crying tears of hopelessness with packets of empty chips littered on the floor. I was a BAD teacher. But there were rare days of consummate happiness, most of which had to do with smiling faces of students.

It takes a whole lot of courage to stand up in front of a class and be a figure of any consequence. “Students smell fear. You cannot betray any vulnerability,” I remember the principal tell me. I suspect most principals dispense this sagely advice to their teachers. But what if you have an impediment that is characterised by involuntary tics and noises like a dog bark? What if *shudders* your students laugh at you?

In Hichki, Rani Mukerji plays Naina, a spirited teacher with Tourette’s syndrome. She won’t let her neurological condition get in the way of her ambition. Despite the misgivings of many around her, including a perennially pessimistic father (Sachin Pilgaonkar), Naina lands herself a job as the class teacher of students registered under the Right to Education Act in one of Mumbai’s posh schools. 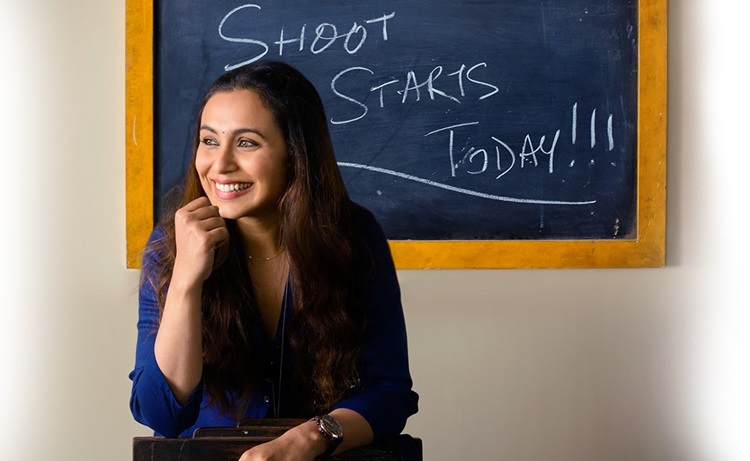 Because this is a Yash Raj film starring Rani Mukerji, Hichki ends up being another one of those uplifting parables in which the dedicated teacher takes on a room full of rebellious misfits, and wins them over with an unorthodox approach. Films like this are inevitably “based on a real story.” Maybe they tell you that because otherwise, you’d think they were pure fantasy.

Naina’s story is an adaptation of the 2008 Hallmark film Front Of The Class, which in turn was inspired by the life of Brad Cohen, who grew up with Tourette syndrome and overcame its effects to become a successful teacher.

The Hallmark original, in keeping with the grand tradition of Hallmark films, was sappy enough to make you sniffle (and then pretend that the Wasabi-flavoured popcorn was too much). The dialogue sheet of Hichki, as a friend pointed out, reads like a two-hour-long exercise that involves various people reading out those good morning messages in family WhatsApp groups.

She enters the classroom and is immediately hooted down by a scornful class of teenagers from Mumbai slums who call her “hakli.”

Her teaching methods are inventive. They involve her taking them to the roof of the school building and making paper airplanes out their fears. She bribes them with boiled eggs and free trips to restaurants, and lest they forget it, she reminds them that there is nothing holding them back apart from their fears.

Any teacher who has struggled with an unruly class will tell you that most teenagers have no time for lectures. The moment you start giving them “gyaan” about life and its struggles, the switch off.

Every plot development achingly predictable here. The disastrous first day, that student who’s really a genius but is a victim of his surroundings, the tough cookie who will end up being the most loyal student of them all, kids standing up for each other during times of crisis – they’re all here. And all this comes at the price of what should have been the main focus of Hichki– the protagonist’s struggle with a rare neurological syndrome. 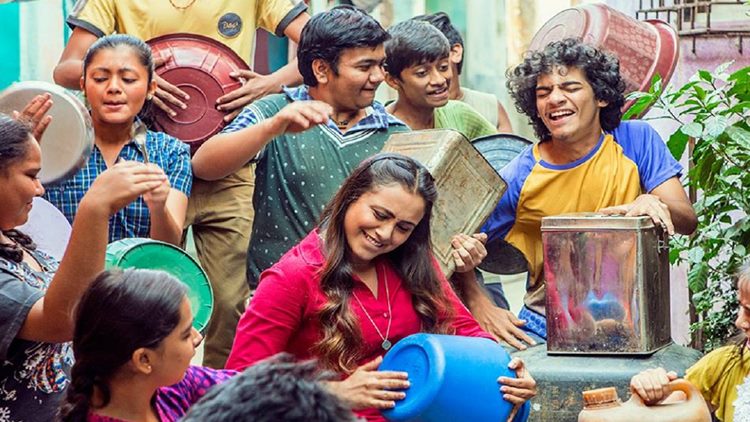 Rani, who won accolades for her over-the-top interpretation of a physically-challenged character in Black, plays Naina with the same brazen confidence with which she played the bristling journalist in No One Killed Jessica. Even in scenes which require her to be vulnerable or broken, we see a woman who has everything going for her.

Hichki, by far, is not the worst Bollywood film you will see this year. We have Race 3 and Baaghi 2 on the horizon, but it definitely deserves a bit of flak for dissolving a very intriguing premise into a muddle of platitudes, cliches and stereotypes.

Also read: ‘Pacific Rim Uprising’ Is A Shamelessly Inept Sequel, Aimed Only At A Quick Buck