There’s a beautiful moment in Ocean’s Thirteen, where Brad Pitt knocks on the door of George Clooney’s hotel room. He describes a little snag that their heist crew may have come upon, only to find Clooney misty-eyed and slightly distracted. “Are you all right?” he asks, and Clooney says he ‘bit into a pepper’. Peeking into the TV room, Pitt asks him “Are you watching Oprah? With a bottle of wine?” They both stare at the TV screen, as a family is promised a new house. By now, the two men have both tears in their eyes. The scene cuts to both of them sitting on the sofa, with Pitt extending his wine glass to Clooney.

It’s a cracker of a scene where director Steven Soderbergh subverts the machismo of two of the most attractive men on the planet, with this tender moment. 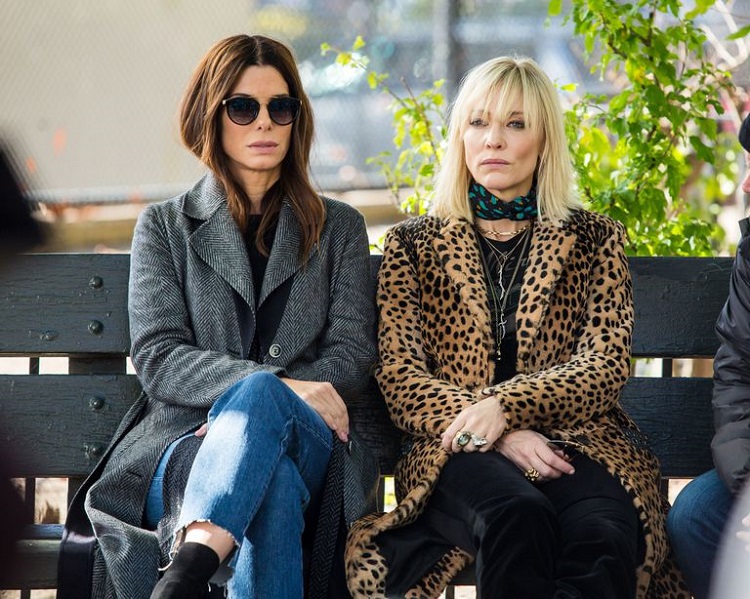 This isn’t a very significant moment from the heist’s point of view, but these are the little nuggets that make Soderbergh’s films, what they are. The chemistry between George Clooney-Brad Pitt-Matt Damon is something that Gary Ross’s Ocean’s 8 seems to be badly missing. Not that this spin-off really needed a similar kind of male bonding, but the tender ‘friendships’ is what lent character to this otherwise cool, sleek franchise.

As Sandra Bullock and Cate Blanchett (so posh! OMG!) go around recruiting their crew for a heist, they seem to be *playing* friends. And to make matters worse, they don’t even have great lines to bounce off each other, pretending like it’s banter between two long-term associates. 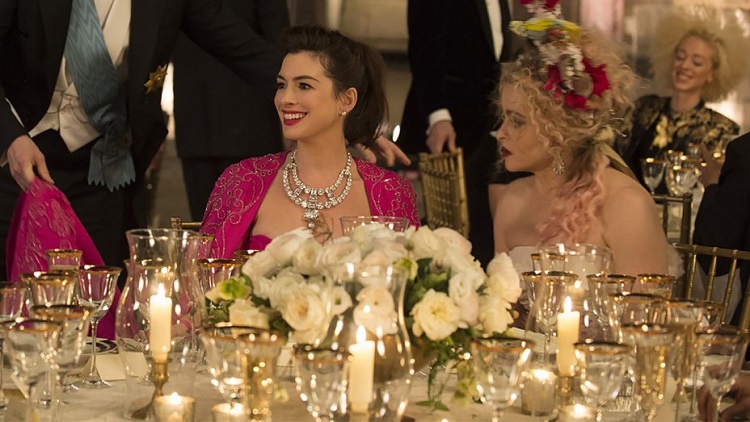 Spearheaded by Sandra Bullock, Ocean’s 8 lacks Soderbergh’s frenetic camerawork, the blazing dialogue and the overall pizzazz of the earlier franchise. And it’s sad because Bullock manages a fantastic cast with the likes of Blanchett, Sarah Paulson, Mindy Kaling, Rihanna, Helena Bonham-Carter, Awkwafina and Anne Hathway. They’re all glamorous people, witty in their own right, and share plenty of quirks between them. They should have set the screen on fire with their chemistry, instead we get a perfunctory fire-drill instructing us how to evacuate the building safely. 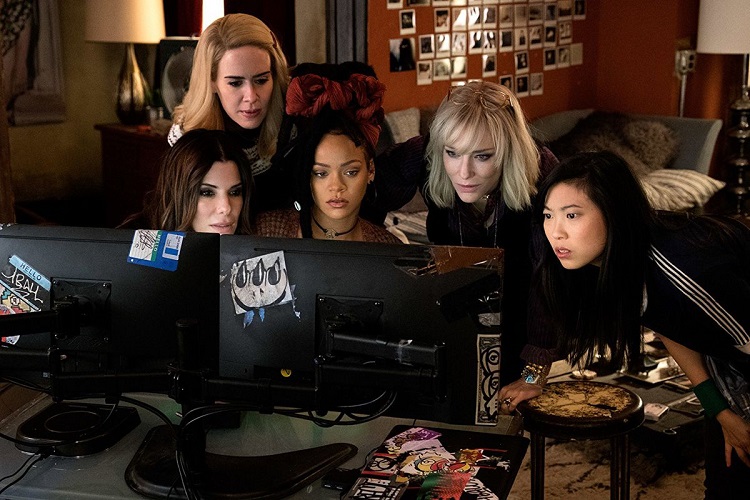 Resembling a scene from Ocean’s 11, Deborah Ocean (Bullock) makes her case to a parole officer about wanting to lead a ‘simple life’. Bullock is pitch-perfect in that scene, managing the exact amount of bullshit tears to get out. And right when you’ve signed up to watch the girls have their share of fun, things just never take off. It’s extremely hard to watch Ocean’s 8 without comparing it to Soderbergh’s earlier films (even the worst one that was Ocean’s 12) and realise how the crew was battling an issue at every level of the heist.

With Ocean’s 8, the stakes aren’t nearly as high to have you on the edge of your seat. Every ‘problem’ is resolved in under a minute. And even though the film had a bunch of interesting personalities, there isn’t enough conflict/camaraderie to make their relationships wholesome enough to care about. 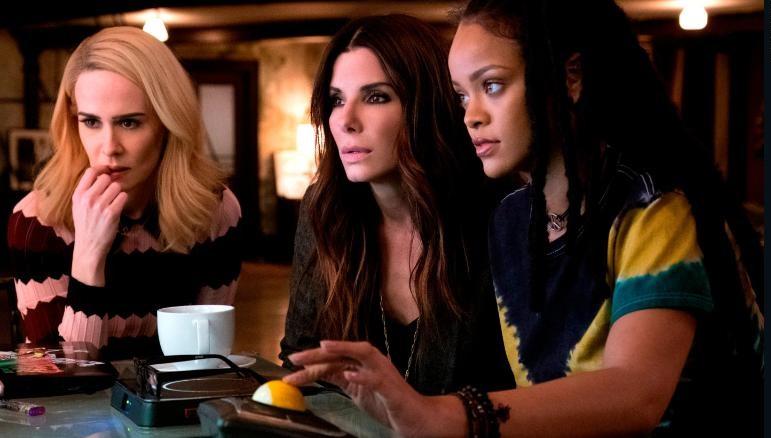 Among the cast, the only ones in on the joke seem to be Helena Bonham-Carter and Anne Hathway, who ham their way, playing exaggerated versions of themselves. One of the only scenes that is somewhat enjoyable is when Bonham-Carter and Kaling are charged with scanning a necklace through their glasses, to enable replicas. The scanning takes a while, and the way Bonham-Carter keeps them busy (with Kaling slipping the odd Oui) is the one funny scene in an otherwise dull film. 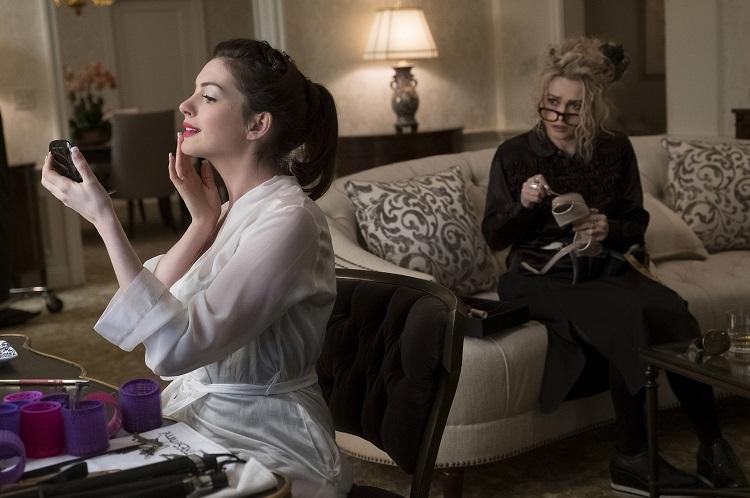 The action of Ocean’s 8 takes place at the MET Gala, and therefore there are quite a few superstar cameos. From Hollywood stars to tennis players, the filmmakers even fail to use the cameos in a more interesting way (think Deadpool 2?). Gary Ross’s Ocean’s 8 is a film that doesn’t bother with ANY risks to distinguish its voice, and lasts about 20 minutes longer than it should have. The explanations are long and painful. It does have a few appearances from the Danny Ocean crew, but it’s too little and barely significant. The makers might have also rued a campy, cool antagonist along the lines of Al Pacino or Andy Garcia, spouting lines like – I was born ready.

ALSO READ: How Mindy Kaling Shut Down A Sexist Reporter During The Ocean’s 8 Press Tour

Ocean’s 8 is overlong and overcooked. And even though there are the odd interesting ingredients, it’s unfortunate that they all contribute to the sludge that we’re left with.