The biggest problem with Nanu Ki Jaanu is that it stars Abhay Deol and Patralekhaa, neither of whom deserve a film that looks like a film student’s amateur attempt at horror-comedy. Because there’s literally no horror to talk of, and surprisingly little comedy.

Nanu Ki Jaanu begins with a remarkably shoddy opening scene that introduces us to Nanu, a property-grabbing crook who, along with his gang, preys on flat/house owners in Noida. Right off the bat, two things are clear: a) Manu Rishi Chaddha (Bangali from Oye Lucky Lucky Oye) needs urgent career counseling; and b) Abhay Deol clearly figured out early on during the shoot that NKJ was going to bomb. The man looked positively miserable throughout the film. 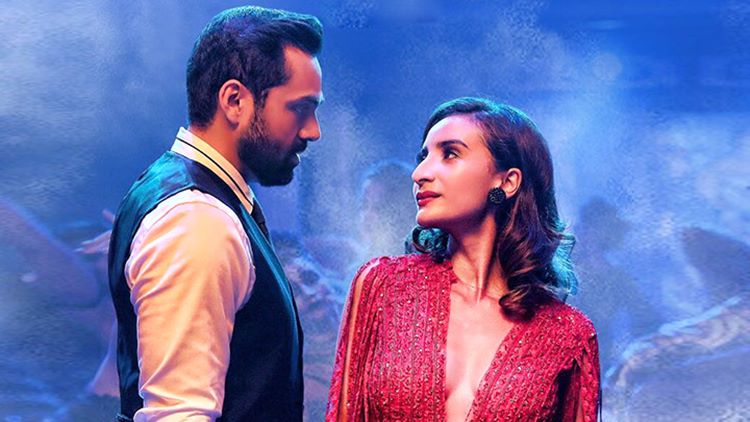 Written by Manu, who also plays Deol’s BFF, and directed by Faraz Haider, the film at times begins to feel like a gag-reel of PSAs. Picture this: a ghost in love with a man. Sounds like an intriguing plot, right? Demi Moore would have swiped right. You could do so much with it. But this is what we get instead. Since the ghost is of a sanskari Indian girl, she cleans Nanu’s bachelor pad. She gets angry when he tries to drink beer and breaks his bottles. She punishes the fraudulent medium who tries to cheat Nanu. She’s basically the shant (‘cuz she dead bruv), susheel bahu every Indian saas is looking for. In fact, that’s exactly what Nanu’s mom says when she comes for a visit.

The film’s biggest failing is not just the attempted combination of horror, comedy and romance genres, but also the choppy editing that gives us needless details. NKJ is ailed by sub-plots that make no sense (hello beef scene) and introduces us to people we could have didn’t need to meet (hello to the random thief and the horribly forced domestic abuse angle). Add to this some insipid dialogues, and the film fails to get grab even the ‘so bad it’s brilliant’ tag.

Also, whose glorious idea was it to have a greyish-blue spray-painted ghost, who’s strung on wires you can almost see?

Bollywood, we know he broke the laws of Omerta when he openly criticized every A-grade actor who’d advertised fairness creams, but take Abhay Deol back into the fold. Remember Ek Chalis Ki Last Local and Manorama Six Feet Under. Remember Oye Lucky Lucky Oye, Dev D and Shanghai. Remember that before the Raos and Khuranas, it was Deol who balanced mainstream and offbeat so flawlessly, you almost forgot about the absence of item songs.