Cinephiles who are here to know if Jurassic World: Fallen Kingdom is even remotely as jump-out-of-your-skin exciting as Jurassic Park, the first of its name, may want to walk away right now. Director JA Bayona’s world-view of the dark, twisted ‘fallen kingdom’ isn’t even the same league, but does it even want to be? For how can you hope to create the magic of seeing dinosaurs come alive onscreen for the first time, anyway?

Once you get over the thrill of watching a mosasaurus or the newly introduced indoraptor, you’ll realise that the film isn’t *just* about the dinosaurs. It’s also about man’s endless reservoir of greed, stupidity, and talent for mass destruction. The aesthetic of this film seems to be an all-pervading sense of doom, which to be honest, is easy to identify with thanks the current political scenario. 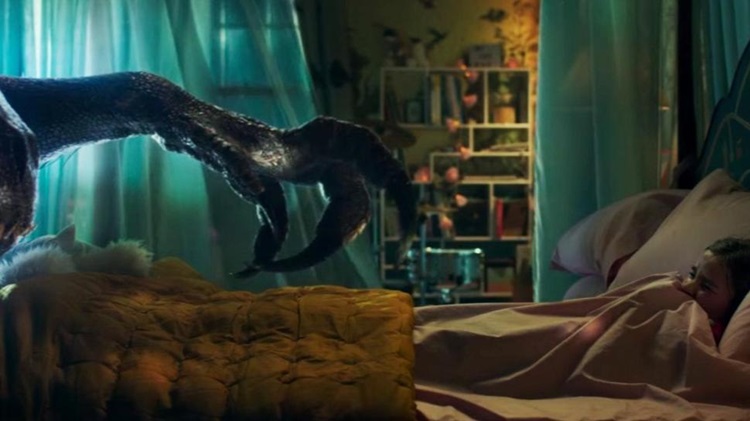 Fallen Kingdom begins where 2015’s Jurassic World ended; the park’s destroyed and an island full of dinosaurs — hybrid and natural — are living human-free on Isla Nublar. A pretty happy existence, but for the fact that the formerly dormant volcano’s now live and spilling over lapping up everyone in its way. Claire (Bryce Dallas Howard), Owen (Chris Pratt), Franklin (Justice Smith) and Zia (Daniella Pineda) go back to the island to rescue the animals. Obviously, things do not go as planned.

Expect none of the sunny disposition Jurassic World was blessed with. That quick repartee between the cast, those stunning shots of the gorgeous landscape and the constant flirtation between Bryce and Pratt has been replaced with a sense of urgency, of panic and a constant state of flux that you’re sure is leading to nothing good. Unlike Jurassic World, there’s no gradual buildup to when all hell breaks loose. In fact, you’re whacked with it even before you’ve started on your needlessly expensive popcorn. Almost like the characters are in on the secret that the countdown to self-destruction mode has been triggered. Tick tock. Get the hell out. 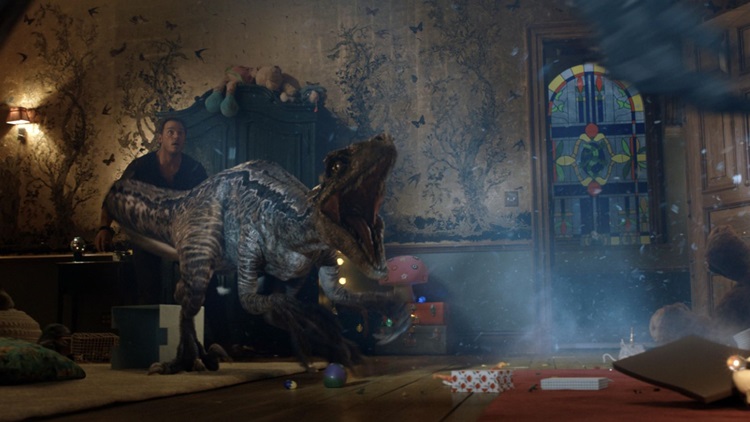 And yet, despite being entertaining, despite several nail-biting action sequences, despite the reminder that humans need to stop poking their nose where it doesn’t belong, the marvellous CGI, and an almost-coherent plot, Jurassic World: Fallen Kingdom doesn’t feel quite… complete. Or satisfying. Almost like eating biryani without any fried onion garnish or garam masala. You won’t reject it, because hey, it’s biryani, but there’s no escaping the fact that this isn’t what you eagerly waited for.