The more fortunate (and hirsute) among us are probably not aware of it, but there is a product in the market that has ended up being my happy pill for the past year or so. It’s called a hair thickener. I remember the day I sat with the bottle in front of my bathroom mirror for the first time, not quite sure what to do with it. But I needed no guidance, shame is a great teacher. I poured the contents on my naked spot. That spot a few inches above the nape of my neck where I can feel stares burning holes into. The black sawdust covered it, and I felt relief sweep over my body. Since that day, I haven’t left my house without my dose of happy pill. “It’s a tricky road,” a friend had warned me. I didn’t care.

While watching Ayushmann Khurrana’s Bala, I involuntarily reached out for my bald spot a number of times. I looked around self-consciously in the dark hall, to ensure that my fellow audience don’t think of me as a balding man watching a film about a balding man. But one particular scene put me in the throes of a panic attack. A hopeful Ayushmann Khurrana powders his head with hair thickener before meeting his prospective bride. In the middle of the meeting in a public garden, just when he is about to make an impression, a sprinkler goes off and black powder drips down Ayushmann’s face like shame. The effect is comical, and catastrophic at the same time. For me, the vicarious shame was like a lesson. Never use hair thickener during monsoon. For Bala, it was yet another dent in his sense of self.

For a comedy about a man dealing with his vanity, it’s startling how Bala (at times intentionally, at times not) ends up making a case for the crutches that make us feel better about ourselves. Director Amar Kaushik tells us that his hero is a prisoner of his own vanity. That Bala was that jerk in school who used his looks as his currency. But as he falls victim to premature balding, something is snuffed out in our leading man. And it’s not just about appearance. In a country like India, where we are not even trained in basic tenets of human decency, making fun of a balding person is not just about his bald patch. It is more corrosive, dehumanising.

A diabetic Bala (Khurrana), who can’t get a hair transplant, gets a wig instead, using it as a crutch. His dependence on it is so strong, he feels naked without it. During moments of crisis, helplessness, or exasperation, Khurrana is seen run his fingers down his wig. I know exactly how that feels, the reassurance of something protecting you from the glare of the world. But his crutch also helps him become a person who is more comfortable in his skin.

The film’s most self-aware track belongs to the person who, in the conventional sense, is the most vain of the lead players. Pari (Yami Gautam) is a Tik Tok star who revels in likes and comments. She knows she is attractive and finds security in that knowledge. When she is derided for abandoning a balding husband, she proclaims that there is nothing wrong with being sure of what one wants. “I know I am vain and I always wanted a good looking husband, what’s wrong with that?” she asks. She is, for all practical purposes, a person who has made peace with who she is.

Even as Bala continues to equate appearance with self-worth, the director chooses to side with him, telling us how toxic certain insecurities can end up becoming. Bala, who moonlights as a stand up comedian in an upmarket Kanpur cafe, can’t get his audience to laugh with his jokes and mimicry. But the moment his cap falls off accidentally, Bala gets the loudest guffaws of his career. 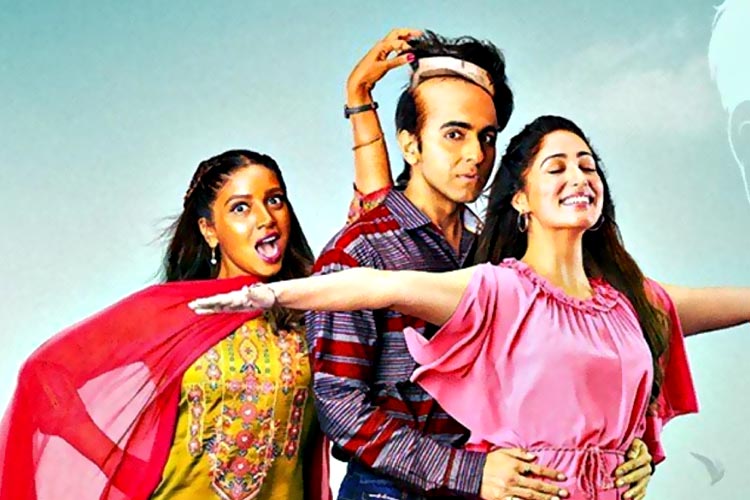 Yes, the film advocates the idea of rising above appearances, as the most annoying character of the film, a black-faced Bhumi Pednekar keeps telling us. But it also gently tells you that it’s okay to wear that wig, squeeze into that spanx (to look slimmer), or rub that lip tint on if it makes you feel more like yourself.

Incidentally, a friend of mine recently chose to go for a hair transplant. It put a few people in our friends circle in a conundrum. “Why couldn’t he age gracefully?”, “Are we supposed to pretend that this is a natural mop of hair?”, are just some of the questions that crop up. I know what I will say when I meet him next. I will tell him he looks great.