In the last scene of Prateek Vats’s Eeb Allay Ooo!, the opening film of the 8th Dharamshala International Film Festival (DIFF), even though there is cacophonous laughter… no one is amused. There is a celebratory procession taking place, and yet most members of the audience are too disoriented to react to it. Vats’ film derives its name from the sound made by monkey-repellers, employed by the Delhi Municipal Corporation, to chase away monkeys from Delhi’s poshest areas.

The film, however, evolves from the gimmick of its ‘peculiar profession’ by shifting its gaze to the men lying in the fringes of modern Delhi’s society. 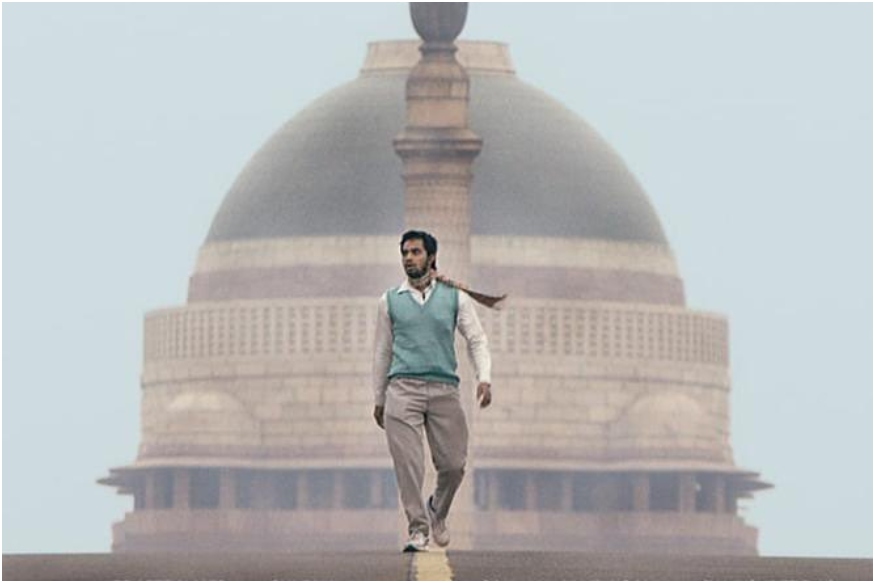 Anjani (Shardul Bharadwaj), a migrant from Bihar/Jharkhand, has been dealt some bad cards in life. His brother-in-law (Shashi Bhushan) is a security guard, his elder sister (Nutan Sinha) is a spice trader, both can barely make ends meet, haggling for a rupee or two with middle men. Anjani is trusted to embrace his new job and contribute to the household’s barely sustainable income. But things aren’t as simple, shooing away monkeys by making weird noises as a part of a job… isn’t entirely ‘natural selection’. Finding himself in the cross-hairs of a civilisation that treats monkeys as Gods (Hanuman ji) or as the nuisance in the neighbourhood, Anjani cannot quite understand which way to lean.

At one point, Anjani regards his colleague Mahinder as an ‘artist’ and it’s hard to tell if it’s because of the latter’s command over the ‘monkey noise’ lexicon, or the way he fends off the more notorious ‘monkey’ in their lives (read: their contract labour boss, who pays his employees in cash without giving them a peek at their passbooks… for obvious reasons). Anjani isn’t particularly good at keeping a low profile at a job he’s no good at.

The sad part is he couldn’t tell harmless diplomacy even if it slapped him in the face. Thanks to his conditioning, he’s largely committed to undergoing the humiliation of his ‘job’ on a daily basis. As he goes about trying to outsmart his nemeses around Lutyens’ Delhi via innovative means, the more heat he begins to face from his boss. 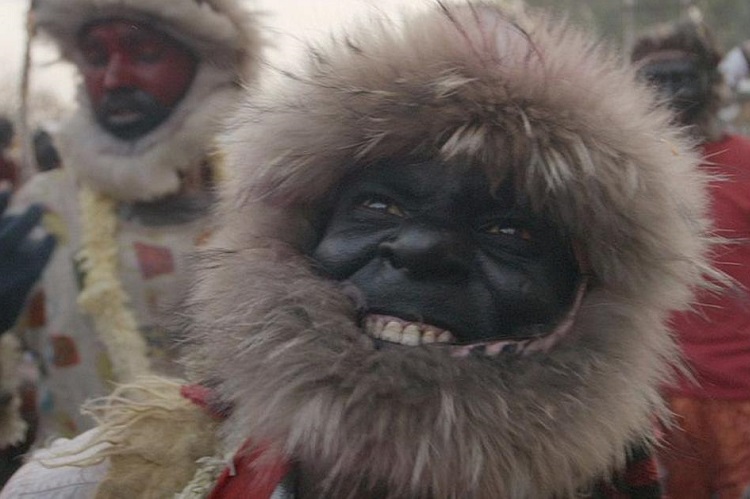 Prateek Vats & Shubham, the writers of the film, address a lot many real-life issues in the midst of their absurdist plot. At one point, Delhi’s infamous urban myth of Kaala Bandar makes an appearance, there’s conversation of how a mob killed a man after he accidentally killed a monkey. The film is generous about lending the stage to Anjani’s brother-in-law, who has recently been given a gun to fend off unruly public. In one of the film’s finest scenes, the brother-in-law repeatedly tries and fails to cover the gun (hanging off his back) with his shawl, on his way home. It’s a fabulous scene about a common man’s most trivial problems, that suddenly seem as pressing as climate change. In another fine moment, Anjani’s elder sister confronts an astrologer about the achhe din he had predicted.

The acting honours in Eeb Allay Ooo! belong to Shardul Bharadwaj, who doesn’t miss a beat as Anjani. Whether it’s the hilarious early bits, where he duels with monkeys,albeit with little success, or whether it’s his sheer desperation by the end of the film.

Interestingly, it is the second film this year,after Bong Joon Ho’s Parasite, to address how ‘smell’ defines class in the modern society. Bharadwaj manages to capture the smell of Anjani, a resident of the slums of Sanjay Amar Colony. And this is most apparent in the scene where he’s given a dressing-down for his ‘oversmartness’ by his boss. The tirade quickly becomes about Anjani’s class, his terrible stink and his poorly-kempt attire.

For all its farcical elements, Eeb Allay Ooo! is an inherently sad film with astute observations around the new ‘normal’ of our society in 2019. It’s also a scathing indictment for those who want to look away.