Death is a process which must be carried out like a bargain. Shubhashish Bhutiani’s debut feature film Mukti Bhawan (Hotel Salvation) is a harrowing tale of death which touches you with its sly comedy and rustic poignance. It is a verse of life, told with a restrained pace and a fine delicacy.

A pot-bellied Rajiv lives with his father Dayanand, played by Lalit Behl (Remember Titli’s Bauji from Titli), wife Lata (Geetanjali Kulkarni from Marathi drama Court) and daughter Sunita (Palomi Ghosh) in Kannauj, Uttar Pradesh. A closet poet, he works as an insurance agent, labouring to meet targets and pacify his clients, while he is in a constant flux to calculate the costs for his daughter’s imminent marriage.

In the opening scene of the film, Dayanand shares his recurring dream with his family at the dining table. A young Daya runs across a deserted village to answer to his mother’s calls and as he reaches closer to the distant cries, he vanishes into thin air. It is a tale the three have heard numerous times and are too naive to pay more attention to. But, then Dayanand drops a bombshell. He experiences an “inner call” that his time has come and he must leave for Varanasi to meet his fate. To attain salvation.

The next morning, Dayanand performs gau daan prakriya, a ritual which must be discharged to embark on the path of moksha. At night, Rajiv invites his old bhua and fufa for a family dinner before Daya’s departure. The subtle comedy in the cake-cutting ceremony is a forerunner to the satire which leads the film. 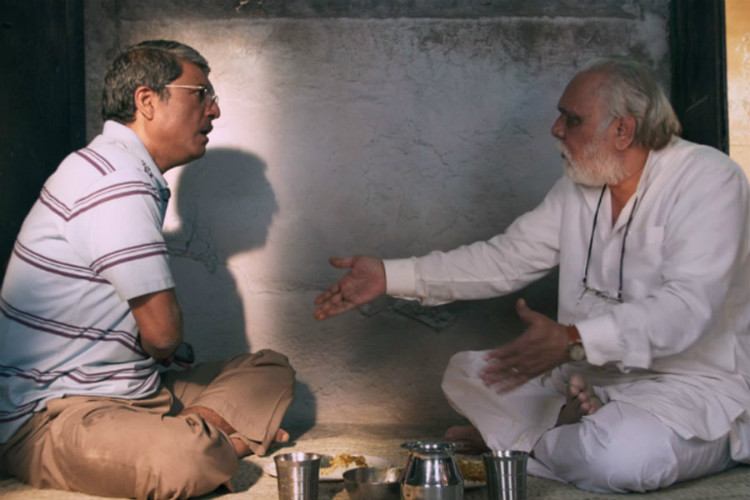 This short conversation between Rajiv and his boss reveals that he is less interested in the intricacies of faith. And that he is just obliging by his father’s last desire. Together they leave for Banaras in a taxi and we are revealed of the conflict which is a bastion of every Indian father and son.

Also read: Sarabhai vs Sarabhai may return as a TV show

They arrive at Mukti Bhawan near Harish Chandra Ghat, the same place where Daya’s father took refuge in his last days. The lodge manager reveals that they provide rooms for a maximum of 15 days, which implies that the subject has to either die or find another rest house after that.

The relationship between the father-son duo rekindles in the ashram. When Daya falls ill, Rajiv spends an entire night taking care of him and sleeps with his arms wrapped around his body. Mukti Bhawan is not high on twists but on moments of emotions such as this. “I don’t know why but I have started liking you again,” an emotional Daya bares his heart to Rajiv after he gets well. The two start to understand life more in each other’s company and when another inmate Vimla, a close friend of Daya who had been an ashram regular passes away after 18 years of wait, Daya is heartbroken and sends Rajiv back to Kannauj to look after Lata and Sunita. 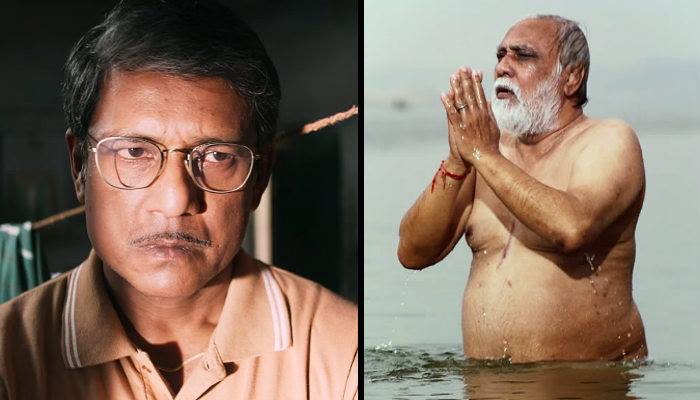 Varanasi, the city which romanticizes death and salvation, doesn’t hide in the background of this indigenously middle-class narrative. But is a prominent hallmark of the film which only adds depth to it. Bhutiani isn’t interested in commenting or condemning the ritualism of the “Holy City”.  He finds life in death and celebrates it in a continuum of transience. Mukti Bhawan is thought-provoking and uplifting in a way it consulates the loss of a loved one and teaches one how to cope with its bereavement. A crisp editing and smooth sound design make this film a quintessential cinema watch.

For interesting entertainment and lifestyle videos from InUth, follow us on Youtube.com/InUthdotcom
Trending
photos