It seems like not only this year but the next one will also belong to none other than Khiladi Akshay Kumar. Recently, Akshay announced that he has started shooting for his next film titled Padman, which is his wife Twinkle Khanna’s maiden production venture.

And just a day after that, the actor released the first look poster of his another film titled Mogul. The film will be a biopic of music emperor Gulshan Kumar and Akshay will play the lead role in the film. Helmed by Subhash Kapoor, Mogul will release in 2018 and portray Gulshan Kumar’s rags to riches life story in the most beautiful way.

Akshay Kumar’s association with Gulshan Kumar in right from the beginning of his career and the actor feels that it’s because of his good fortune that he got to play the music mogul on-screen. The film will be produced by Gulshan Kumar’s wife Sudesh Kumari and this is Akshay’s second collaboration with director Subhash Kapoor after giving us one of this year’s blockbuster Jolly LLB 2.

Gulshan Kumar’s son Bhushan Kumar, who is really happy and excited about the film, said that Mogul is not a film but a dream come true for him. In the press release of the film, he further added: My father has been my guiding force all through my life. I always knew that one day I would make Mogul and share my father’s amazing story with the world. I can’t think of no one better than Akshay to play him on-screen.

Akshay Kumar took to Twitter and shared the first look poster of the film with a caption: My association with Him began with my very first film. He was The Emperor Of Music! Now know His story… #Mogul, The Gulshan Kumar story!

The shooting for Mogul will start by the end of this year and we are super excited to see Akshay as Gulshan Kumar on-screen.

Here’s a look at the poster: 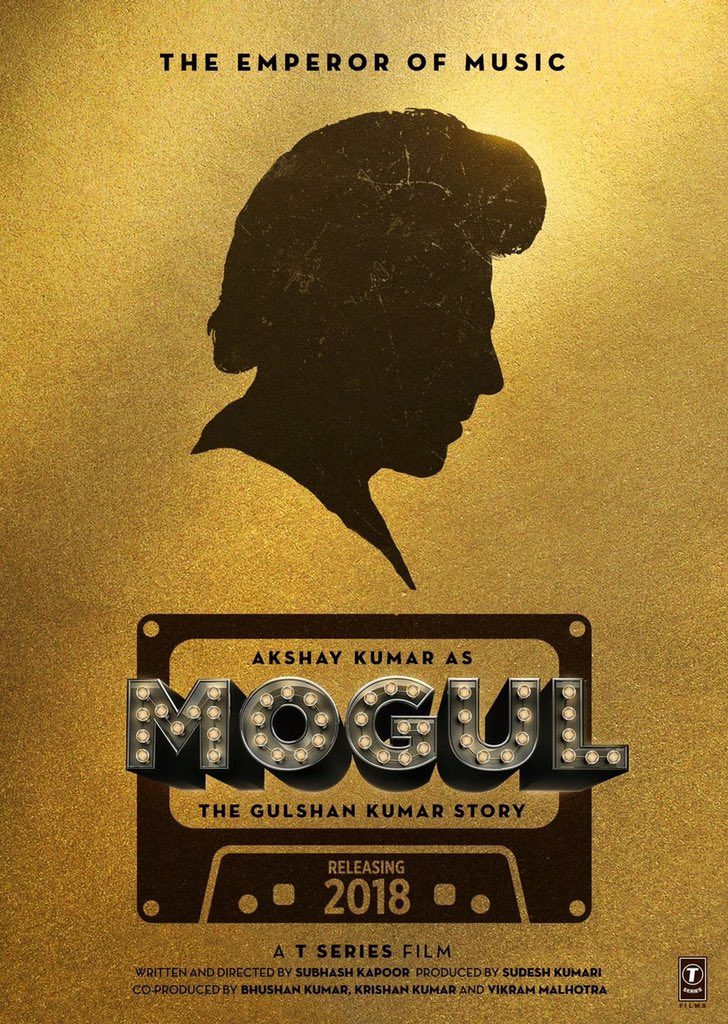