Vidya Balan is soaring high on the success of Tumhari Sulu. Speaking to PTI, Vidya said, “the film proved that married actresses can score a hit.” Tumhari Sulu struck a chord with the audience and acknowledging this Vidya said, “The actor part of me is as precious to me as a married woman part of me.”

And even when we totally agree with Vidya, we sincerely hope we could say it with full conviction, considering that ‘married actresses of Bollywood’ is a tag that comes with much deeper implications in an ageist and sexist film industry. 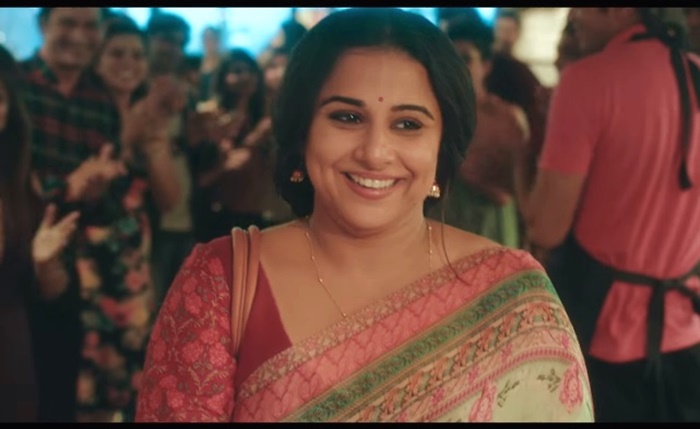 And with that, we come to how and why someone like Vidya wasn’t able to deliver a single hit in these five years.

Also read: Why Tumhari Sulu is a rare feminist triumph for Bollywood

In the interview she gave to PTI, Vidya said, “There was a point I started believing that maybe a married actress can’t score a hit.” A painful though vital point highlighted something that remains largely unspoken in the industry.

It isn’t that married women are not offered roles. But they are perhaps not offered roles that have the ‘technical support’ to do well. For some strange reason, the directors lose faith in a married actress’ capabilities casting them either in multi-starrer films or low-budget cinema that seems doomed from the beginning. Which is unfortunate.

With movies like Parineeta (2005), Ishqiya (2010), The Dirty Picture (2011) and Kahaani (2012), Vidya set the record straight regarding her choice of roles. But post-marriage, the only film with an author-backed role Vidya did was Bobby Jasoos (2014).  Had the film been promoted properly, it would have invariably done better. 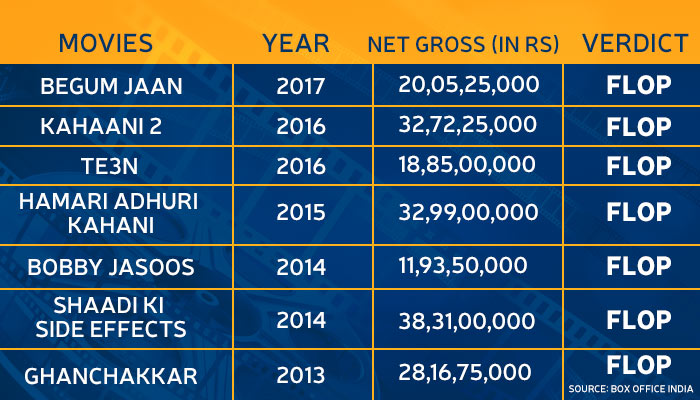 A look at the movies done by ‘married actresses’ further clears confusion as to why talent fails to get its due, and even strong artists like Vidya, Kajol, Madhuri and Kareena have largely failed to make an impact.

Tumhari Sulu works because it was promoted well, was fun, and appealed to a cineplex audience. But Madhuri Dixit’s Gulaab Gang didn’t because neither was it well-directed, nor was it promoted the way a contemporary male actor of Madhuri’s would have. 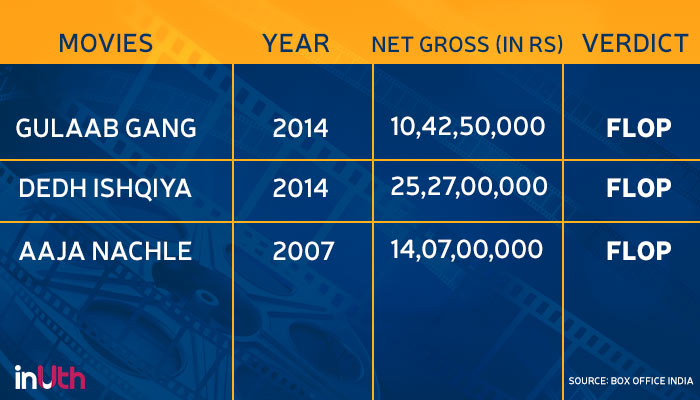 While Jab We Met (2007) gave us a side of Kareena Kapoor we all fell in love with, however in Satyagraha (2013) and Udtaa Punjab’s (2016), Kareena was relegated to the role of a supporting cast in a multi-starrer with a floundering plot.

At this point you might be thinking why we didn’t mention movies like Singham Returns (2014) and Bajrangi Bhaijaan (2015), which did featured Kareena and were huge Box Office successes? Well, for obvious reasons. It was the men who ruled the roost there. 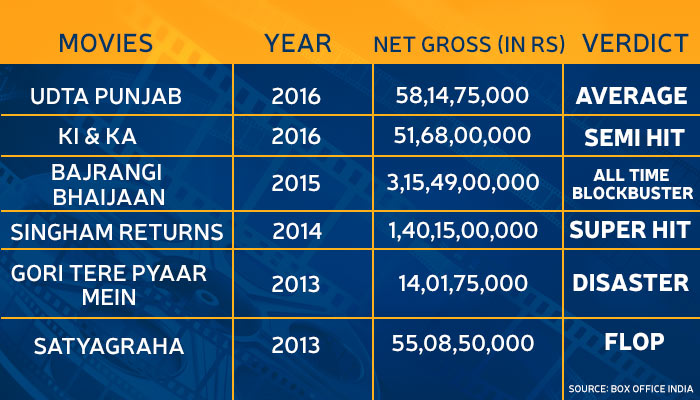 Known for her infectious energy, Kajol delivered some of the biggest blockbusters of all-time like Baazigar (1993), Dilwale Dulhaniya  Le Jayenge (1995), Gupt (1997) and Pyar Toh Hona Hi Tha (1998). She got married in 1999, and chose to do fewer movies. Post-marriage, she either did films like Raju Chacha (2000) and Toonpur Ka Superhero (2010), which were clearly lopsided in the favour of the male lead, or the forgettable and badly executed movies like U Me Aur Hum (2008) and We Are Family (2010).

Karan Johar’s Kabhi Khushi Kabhie Gham (2001) and My Name is Khan were the only movies where her character was well-etched and did justice to her acting potential. 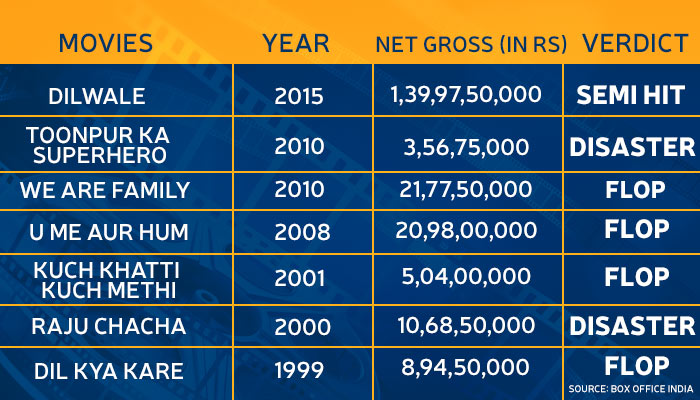 We hope the filmmakers and casting directors of the industry are paying attention.