Model-turned-actress Manasvi Mamgai, who acted in Prabhu Deva’s Action Jackson along with Ajay Devgn and Sonakshi Sinha, is all set to perform at US president Donald Trump’s inauguration ceremony.

Manasvi, who won the Miss India title in 2010, is among the handful of celebrities who will perform at the function in which Republican Donald Trump will be sworn in as the 45th president of the United States.

The actress shared her a picture from her dance routine for the event from Instagram. She captioned the pic: “All set for the performance tomorrow at the President’s welcome celebration! Jai ho!” 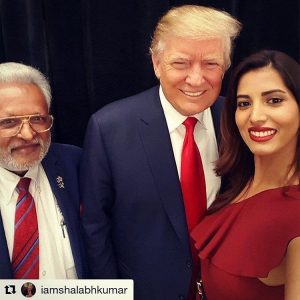 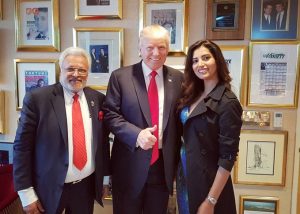 Earlier on Thursday, Bollywood singer Mika Singh attended a “prestigious dinner” hosted by newely elect US president Donald Trump, a day ahead of his swearing-in-ceremony.

Enjoying this wonderful party..thanxx @IvankaTrump for such a great hospitality.. it is lovely meeting you God bless pic.twitter.com/0sLcWsekKW

The Bollywood singer, who was seen sporting an all black ensemble, captioned the image: “It is a great honour for me to be attending the most prestigious dinner in Washington D.C. with the President(-elect) of the US.”

It is a great honour for me to be attending the most prestigious dinner in Washington DC with the president of the U https://t.co/tSb5xmPpDe