Comedian, screenwriter and lyricist Varun Grover wrote a powerful not addressing prevailing misogyny in the society. Varun wrote this note in wake of molestation incidents against women that have surfaced. TVF’s founder Arunabh Kumar and Queen director Vikas Bahl allegedly molested women who worked with them. These incidents served as an eye-opener and revealed the tough lives women have to live. These cases revealed the harsh reality of our society that there is indeed no place safe for women.

Varun then wrote, “Failure of organisations, people close to the assaulters who keep silence, and society plus systems at large that normalise such behaviour by either condoning it and in some cases even rewarding it (boy-club machismo)”

The comedian wrote how girls have many incidents to share about the sexual harassment they have faced. Varun wrote that despite all incidents a woman went through, she managed to keep a straight face. Varun added:

Just speak to ANY girl around you and you will be shocked by the number of times she has had to face, endure, avert a sexual assault. In all my naivety I still ask them, ‘Then how can you look so normal in your day to day life? How come you are not a ball of rage and fire?’ And every time I have gotten a wry smile in return – one that has made me feel stupid. I am the perpetrator, I am the one tied in a bro-code of silence, and then it’s me again asking why this is normal. 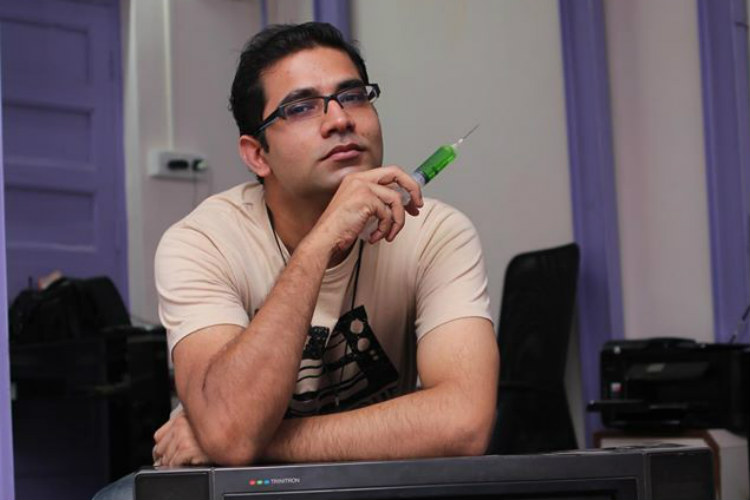 The author of an anonymous blog posted on Sunday alleged that The Viral Fever founder Arunabh Kumar had made sexual advances at her.

Varun then wrote about a ray of hope and how he wanted something positive to come out from these incidents.

Hope there is some justice for the girls involved. Till then, the least we men can do is acknowledge the disgustingly huge elephant in the room. Acknowledge that male entitlement over female body and soul is what makes people like Arunabh and Vikas and Pachauri and Tejpal and Mahmood Farooqui stray into criminal territory

He said becoming a feminist and sensitive is work in progress. Varun wrote:

That entitlement resides in all of us, not just in the people outed in recent years. Becoming more aware, sensitive, feminist, is always a work in progress. In many cases, it’s a daily struggle against so much conditioning. Patriarchy is the first and biggest religion on the planet and its followers don’t even realise that they are devouts. Hope we men wake up and burn down our holy books.

Took me a while to frame my thoughts but silence is not an option. pic.twitter.com/MnW59AEMFH