Arguably the face of India’s freedom struggle, it’s impossible to distill the many facets of Mohandas Karamchand Gandhi into one film. Maybe that’s why we’ve seen Gandhi appear and reappear in so many films, where actors have tried to inhabit that seemingly feeble frame, shaved their head and tried to recreate his polite-yet-resolute voice. Bestowed with the title of ‘Mahatma’ in 1915, Gandhi has been an enigma for many generations.

As we approach the man’s 150th birth anniversary, here’s looking back at some of his many roles in films:

The Ideal
Richard Attenborough’s sweeping biopic is arguably the most comprehensive document (in film) on Gandhi’s incredible journey from South Africa to India. Starring Ben Kingsley in the Academy award-winning role of the Mahatma, Attenborough’s film showed plenty of reverence towards their subject. Kingsley’s performance is stunning, but on deeper examination one can also see him trying to emulate the documentary footage on Gandhi. The film touches upon the familiar milestones, that turned an ordinary lawyer in South Africa into the Father of the Nation. Barring a few scenes though, Attenborough’s film is largely hagiographic without delving deep into the man. 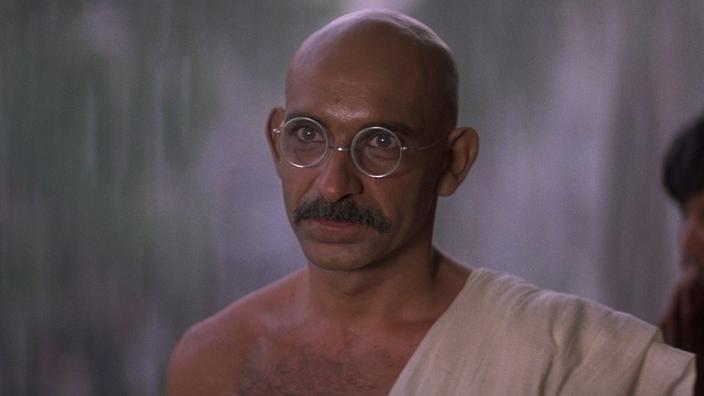 The Antagonist
Rajkumar Santoshi’s film on Bhagat Singh was one of the five Bhagat Singh biopics to release in 2003. And yet, Santoshi’s The Legend Of Bhagat Singh was the only one that wasn’t instantly forgettable. In spite of the colonial oppressors in the foreground, the film cast Gandhi as the main antagonist. The beats of the ideological warfare between Bhagat Singh and Mahatama Gandhi are captured effectively, when Bhagat Singh (played by Ajay Devgan) calls for the new guard to take up arms, and wake up the old guard with an explosion. It is to the actor Surendra Rajan’s credit, that he manages to convey Gandhi’s dichotomy with only a handful of scenes.

The Reformer
What would happen if a bumbling Mumbai gangster met Gandhi? Rajkumar Hirani explored this one-line concept in the winning Lage Raho Munnabhai. Played by Dilip Prabhavalkar, Gandhi exists purely as an idea to shepherd through the rights and wrongs in life in this film. Mixing ‘chemical locha in the brain’ with its hyper-realistic narrative, Lage Raho Munnabhai treads a tight path of humour and Gandhian lessons. The film was pragmatic about his principles, which is most visible in the way Munna (played by Sanjay Dutt) turns the other cheek towards someone who has slapped him. And then goes on to punch him in the face saying – Bapu (Mahatma Gandhi) didn’t quite tell us what to do after getting slapped on the other cheek. Seeing a gangster interpret ideals of non-violence, the film unmasks the daily lies peddled by the society in the name of shrewd worldliness.

The Large Shadow
Feroz Abbas Khan’s film is based on Chandulal Dalal’s biography of Gandhi’s eldest son, Harilal. The film delved into Gandhi’s complicated relationship with Harilal, a boy who grows into a man, while sentenced to being in his father’s gargantuan shadow. Never quite as academically proficient as his father, Harilal never really gets around to becoming a Barrister. Coping with his father’s expectations to join him in India’s freedom struggle, Harilal’s character is fraught with his own selfish reasons. Akshaye Khanna turns in a drop-dead gorgeous performance as Harilal Gandhi, lending a real, conflicted heart to Harilal’s tragic life. While Darshan Jariwala brings a dignified calm to Gandhi, nothing we haven’t seen before. 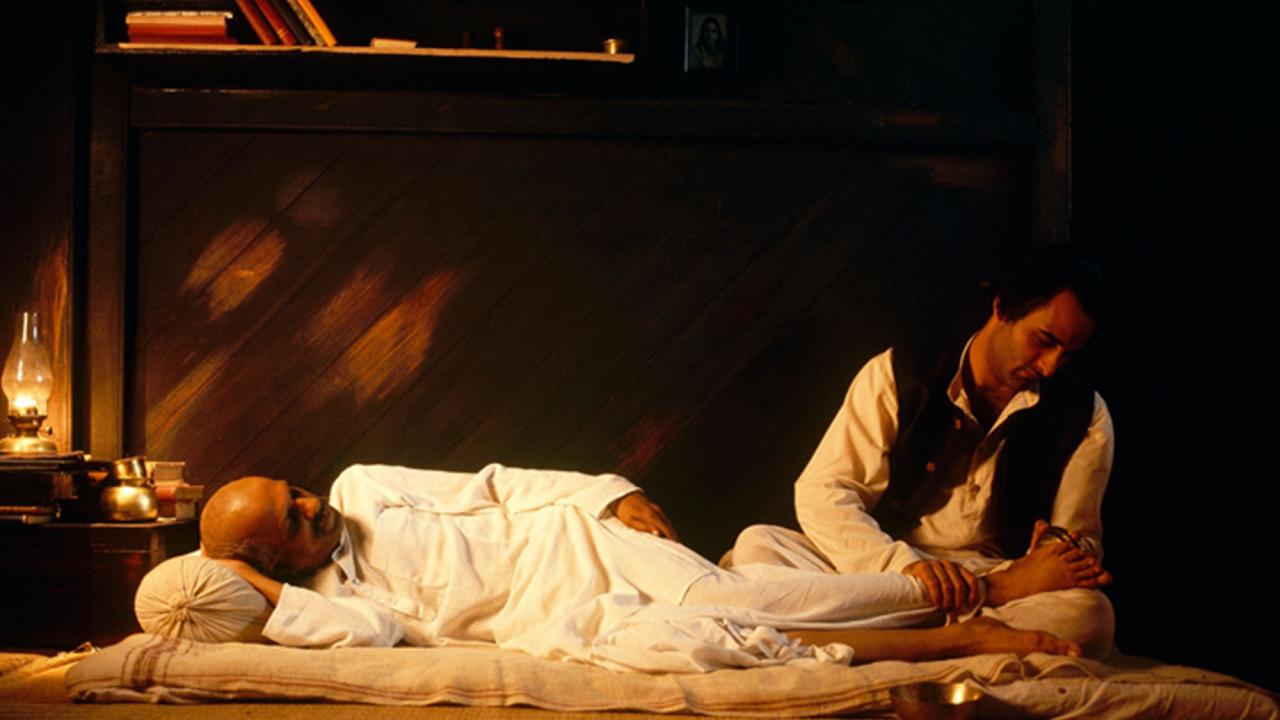 The Cure
In Jahnu Barua’s Maine Gandhi Ko Nahi Maara, Anupam Kher’s character imagines himself to be the one who killed Mahatma Gandhi. Being diagnosed with dementia, as Kher’s character goes into a downward spiral, his family stages an elaborate plan to convince Kher that the gun he used was a toy with rubber bullets. Even though Gandhi himself isn’t present as a character in this film, Kher’s character of a retired Hindi professor appears to be a Gandhian. Barua’s film seemed to be asking more probing questions about Gandhi’s relevance in the contemporary setting, and also tells us about his protagonist’s refuge in Gandhi’s value system is what ultimately helps him return from the brink of insanity. 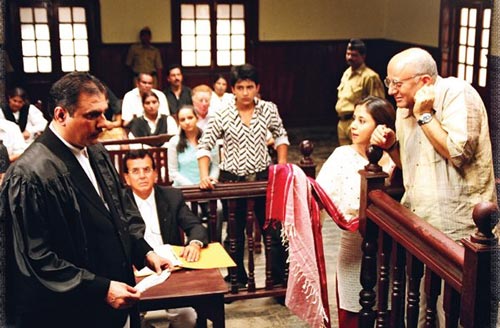 There are other films that have delved into similar portraits – like Shyam Benegal’s Making Of The Mahatma, or Kamal Haasan’s Hey Ram. As unfortunate as it is, none of them seem to be examining the man as much as paying their tributes to what he represents. Most films that have delved into telling a story with Gandhi in it, have nearly always put him in a pedestal. None of the films have shown a keen interest in his politics, without which it would be impossible to galvanise such mass movements. What were his conflicts? Did he ever second-guess his principles? Did he have moments of weakness?

But it’s also understandable why filmmakers would never want to take up the challenge of bringing a life like this, to the screen, which would require a massive canvas. Something like Netflix’s The Crown, which follows chapters from the life of Queen Elizabeth and thereby investigating the dynamics in the royal family. Film-makers, are you listening?