In a world where 30 seconds of fame seems like a lifetime, the sensation of Ranu Mondal has lasted a few weeks. Starting out in a viral video, Mondal’s rollercoaster has been well documented. And now, Lata Mangeshkar too has commented on Mondal’s newly-found fame and given her a few words of advice for the future.

However, the 89-year-old veteran didn’t mince words while talking about upcoming singers, “I also feel imitation is not a reliable and durable companion for success. By singing my songs or Kishoreda’s (Kumar), or (Mohd) Rafi Saab’s, or Mukesh Bhaiyya or Asha’s (Bhosle) numbers, aspiring singers can get short-term attention. But it won’t last.” Mangeshkar went on to recollect, that even though she had heard many singers imitating her, it was only Shreya Ghoshal and Sunidhi Chauhan, who went on to carve an identity of their own. 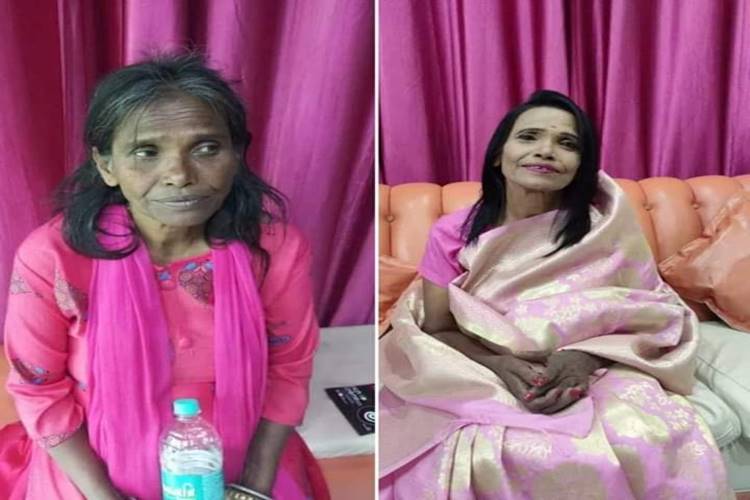 Mondal was singing Lataji‘s Ek Pyaar Ka Nagma Hai at Ranaghat railway station, when someone recorded it and put it up on social media. Based on the viral attention that the video got, Mondal was offered to appear in more than one reality show, and given a complete makeover. Himesh Reshammiya offered a song to Mondal for his upcoming Happy, Hardy & Heer, sharing a video of the recording, which has since gone viral.

There were even reports of Salman Khan gifting Mondal an apartment in Mumbai, and a singing offer for his upcoming film, Dabangg 3, which turned out to be false.