Kangana Ranaut is keeping busy these days because of the ongoing promotions of her upcoming film Rangoon. The diva is being seen quite often these days on reality TV shows and other places. But during one of her appearances on the small screen, the 29-year-old actress wanted to slap someone. The one, who came at the receiving end of Kangana’s anger was stand up comedian Sugandha Mishra.

It so happened that Kangana along with her co-star Shahid Kapoor visited the show The Voice India season 2. During the show, Sugandha imitated Kangana and this didn’t go down well with the actress, suggested media reports. It were the judges of the show Salim Merchant and Shaan, who were pulling Sugandha’s leg and asked her to mimic Kangana. 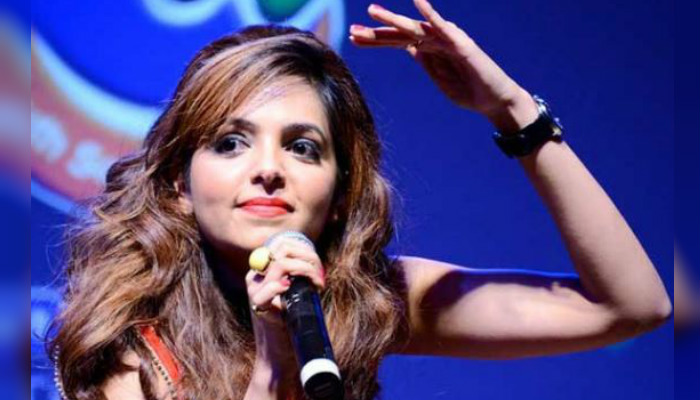 According to IANS, Kangana said, I feel like slapping her, after the gig was completed.

Nevertheless, Sugandha continued with the act. A source told the news agency, It was a nail biting moment after Kangana’s shocking statement. It surely was an awkward moment for Sugandha, but she took it in a sporting spirit and continued with the shoot.

Given Kangana’s outspoken nature, the makers should have been more careful.

This is not the first time that Kangana’s behaviour of not mincing her words have landed her in the news. On the promotional spree that she is on, Kangana has been making few mind-boggling statements.

Talking about her experience of shooting intimate scenes with Shahid Kapoor for Rangoon, Kangana had revealed:

That big moustache of Shahid is horrible. It was such a … Not a turn-off but a tragedy of different level! When I asked him about it, he said he applies wax

Apart from Kangana and Shahid, this Vishal Bhardwaj directorial also features Saif Ali Khan. Set against the backdrop of World War 2, the film is slated for release on 24 February.