The secret for Khandaani Shafakhana‘s earthy quality reveals itself in the film’s producing credits. Mrighdeep Singh Lamba, director of the Fukrey films, is listed as a co-producer. Whether it is the effortless lingo rolling off the tongues of all characters or the slight scent of ghee in the air as we see someone flip parathas,  Director Shilpi Dasgupta seems to be meticulous about setting the scene for her first feature film.

Khandaani Shafakhana feels like a product of two kinds of films that seem to be ‘trending’ in Bollywood. It borrows the atmosphere from Fukrey and the ‘message’ part of any recent Ayushmann Khurrana film. As unfortunate as it is, in the case of Sonakshi Sinha’s latest film, the Fukrey portions trump the feel-good novelty of an Ayushmann Khurrana-starrer. 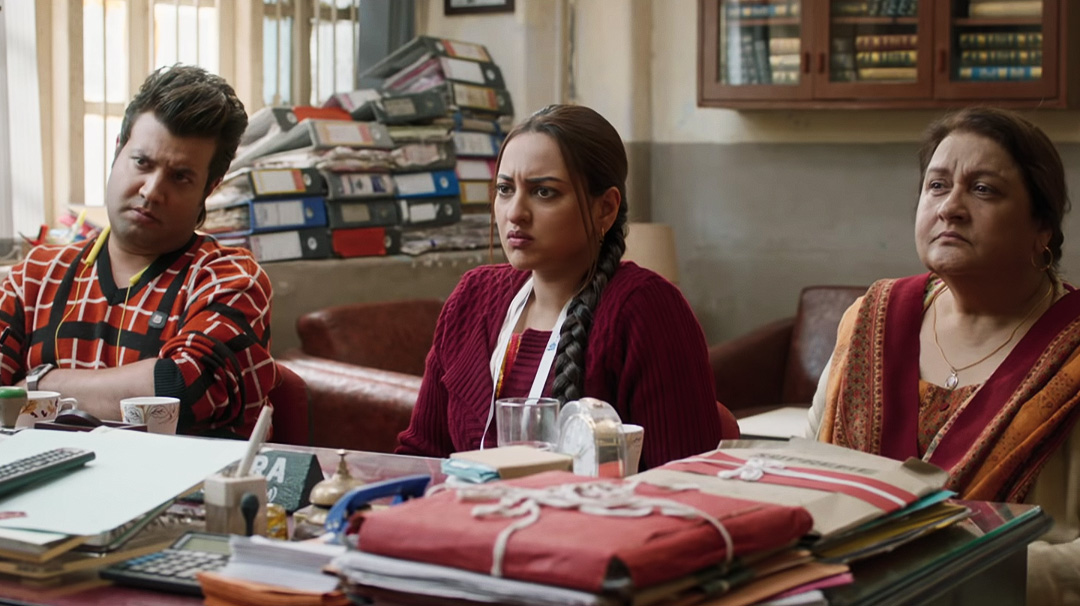 Babita ‘Baby’ Bedi (Sonakshi Sinha) is an enterprising medical representative, who hustles her way into doctor’s cabins and convinces them to prescribe her company’s medicines. She the sole bread-earner for her family and there’s a spring in Baby Bedi’s step as she practically lives on her scooty. She literally goes that extra mile, driving off to faraway places to make that sale happen. All of Hoshiyarpur (in Punjab) is her promised land, as she dreams with her eyes open and her seemingly vela brother (Varun Sharma’s winsome loser routine) sitting next to her.

One of Baby’s relatives, called Mamaji (Kulbhushan Kharbanda) is a renowned hakim (physician) in the alternative Unani medicine. He specialises in problems, that people around him are too embarrassed to talk about, let alone diagnose. Mamaji utters ‘sex education’ (in Kharbanda’s slow, deliberated delivery) in a staff meeting, and everyone’s face contorts as if they’ve been subjected to a dick pic. Mamaji is reminded of our society’s sabhyata and then expelled from the Unani institute. 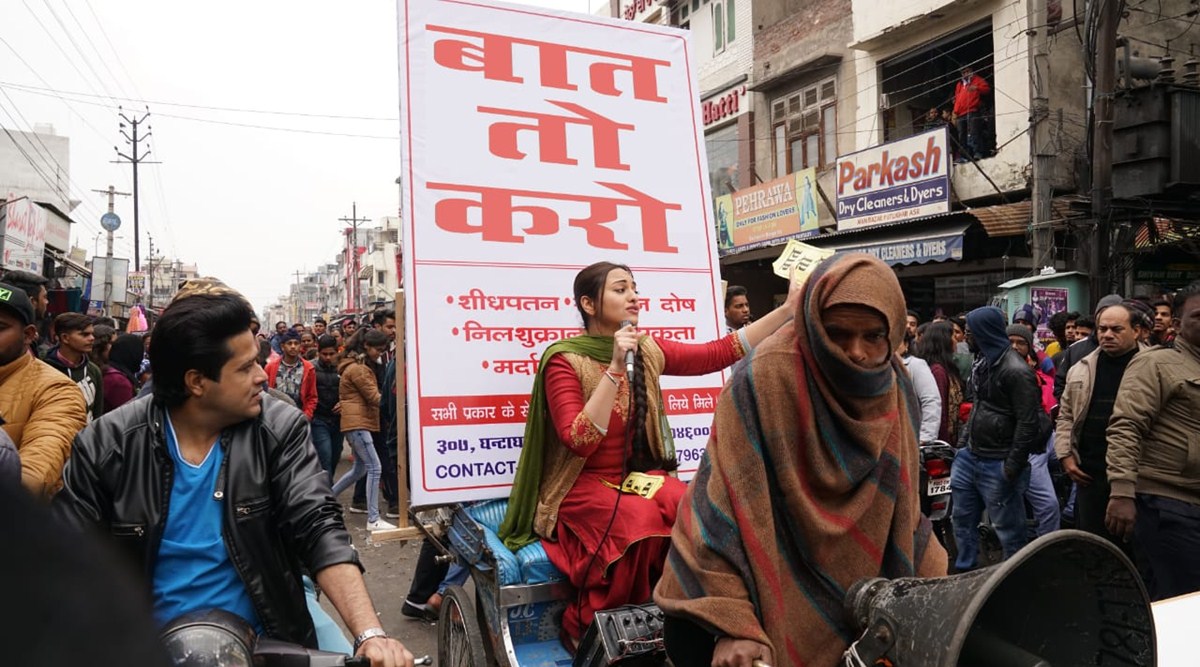 There’s a great plot in here somewhere of a (renowned sexologist) Dr Mahinder Watsa-type figure in small-town India. Someone who has to reason with a society that would rather reproduce a child to occupy every square feet of their house, rather than pronounce the words ‘condoms’ or ‘safe sex’ in front of their partners/children. But the makers get rid of Kharbanda’s character too soon, so that the actor with more Instagram followers can take over.

Sonakshi Sinha isn’t as bad an actor as she’s made out to be. She probably gets that bad press because of the films she chooses to associate with.  Primarily having played the token ‘love interest’ in vehicles for the male superstars, this one’s that rare film where we see Sinha build a character from the ground up. Unlike 2017’s Noor, Sinha’s character doesn’t feel (fully) contrived and the actor looks largely in control of her performance.

All said and done, Khandaani Shafakhana‘s two most clever moments belong to the characters around Sinha. Baby’s brother urges her to run Mamaji’s clinic and announces himself as a messiah of equal rights – ‘tujhe toh pata hi hai main kitna feminine hoon‘. He means feminist. In another tense moment, Baby’s mother (Nadira Babbar) asks if she can put ghee in the instant noodles she’s about to make. 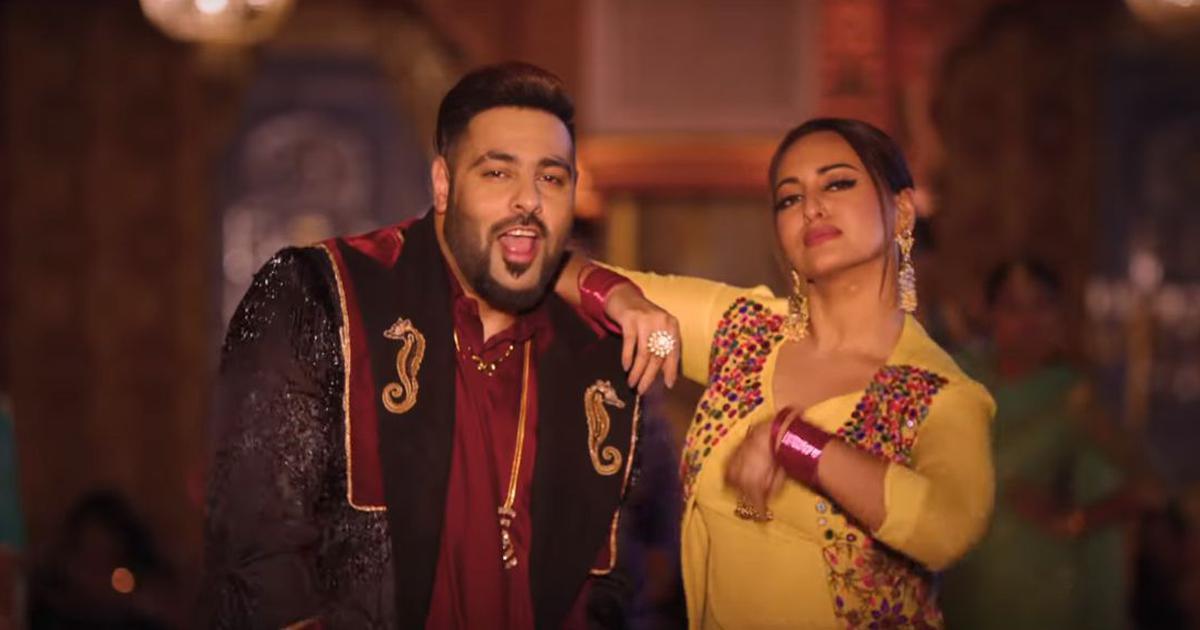 The film also sees an inoffensive extended cameo by Badshah, where the rapper plays a larger-than-life version of himself called Gabru Ghattack. The scenes featuring him could have been hammier and funnier, but not enough time seems to have been spent on them. And it’s a shame, because Badshah looks more than game to play an even more eccentric celebrity.

Unlike Vicky Donor, which began with the gimmick of fertility/sperm donation and later pivoted into a film with a noble message about adoption, Khandaani Shafakhana fails to rise above the gimmick. Skirting around the issue of talking openly about sex, the film resorts to lazy melodrama during some critical moments. Going through the beats of the new-age rap song to introduce the protagonist, the song when Baby finds the resolve to study Unani medicine by herself, the sad song when Baby is deserted by her family – the screenplay seems to be designed to accommodate a T-Series album (also the producers on this movie).

All this ends in a never-ending filmy court case. The prosecution goes after Baby, after which she makes an impassioned speech to sway the courtroom. The only one, who seems to be having fun in this scene, is Rajesh Sharma as the judge. There’s a hint of awareness in the way he laughs each time someone tries to make a melodramatic point. Rajesh Sharma’s character should have been around when the screenwriters were locking the final script.