In spite of the visible Islamophobia ingrained in the trailer, by comparison to Bollywood’s recent slate of films that have made a calculated effort to steer away from secularism, Anurag Singh’s Kesari doesn’t seem as provocative. And yet, thanks to some creative writing, the film seems to be catering to a certain crowd, just like the rest of the jingoistic cinema we’ve seen this year.

The trailer shows Sikh soldiers of the British army helping rebuild dilapidated local mosques, while the uncouth Afghan tribesmen are ‘invaders’. One side is good, the other side is bad. It’s the language of mainstream filmmaking that prioritises the Rs 100 crore club during the first weekend over nuance, and sometimes, the truth. Like most wars documented in history, the ‘Battle of Saragarhi’ is a bit more complicated than the film’s portrayal. The ‘other truth’: too often omitted for a more streamlined narrative and a filmmaker’s own convenience. 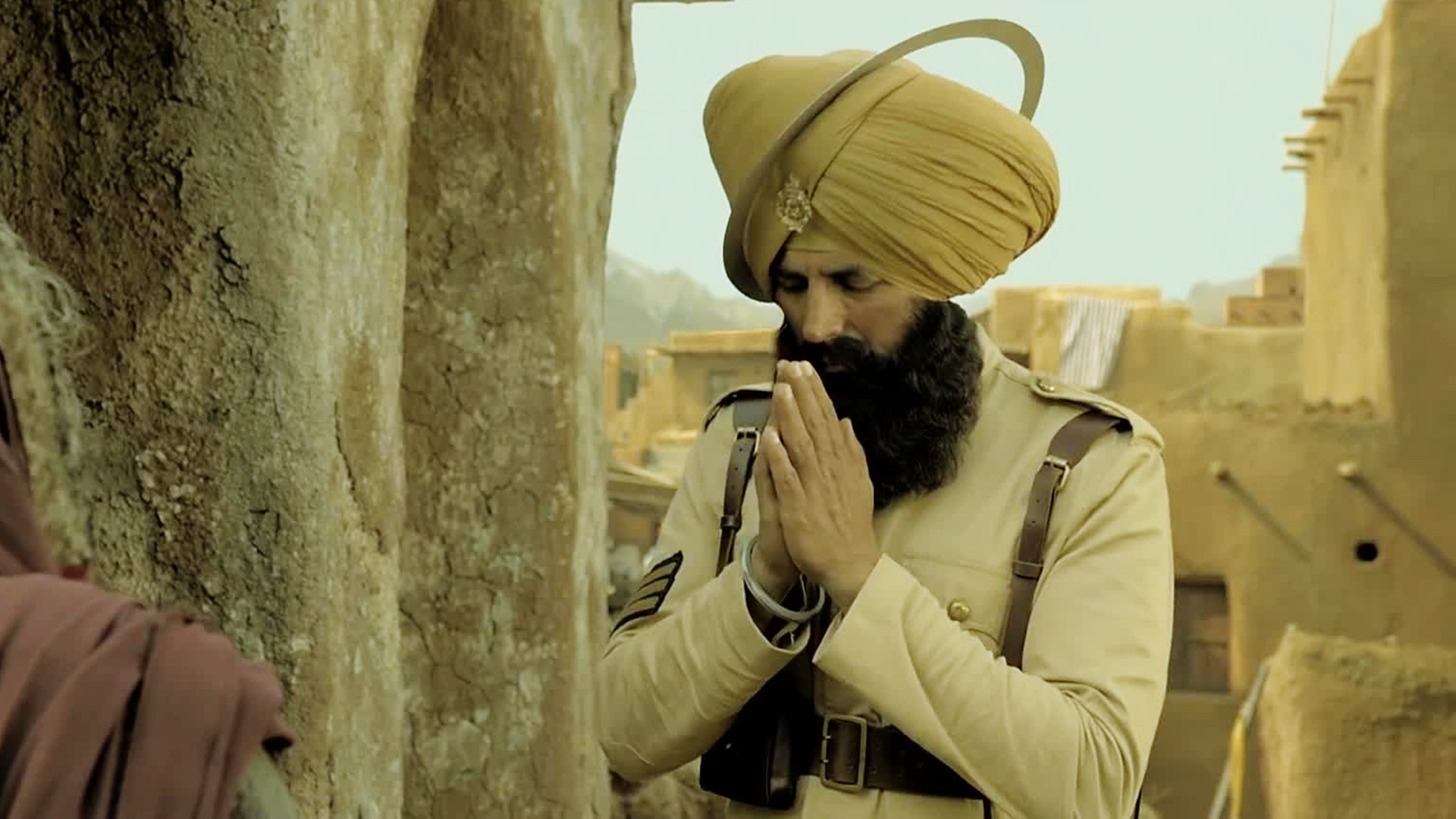 Situated in Khyber Pakhtunkhwa  Saragarhi was a signalling post between the two forts of British India – Lockhart and Gulistan. According to military historian Mandeep Singh Bajwa, the tribals could have been looking to capture back some of the land they had to accede and therefore chose a fort with only 21 soldiers and one camp follower. Capturing this fort would have meant disruption of communication between Lockhart and Gulistan, the two forts of British India on either side, making them vulnerable to an attack.

“Just look at the number of empires that have tried to sustain their rule in Afghanistan. The many Afghan rulers, the communist regime, the British, the Americans and now even some of their NATO allies – nobody has been able to completely subjugate them. They (the Afghans) rightfully felt that the British army was invading their land,” says Bajwa, going on to add, “from the Indian perspective, the Afghan tribal folk were involved in the plundering and looting with the likes of Mahmud of Ghazni. So there was enough reason for British India to try and assert any form of a victory on them.”

The Legend of Saragarhi

Brigadier (Retd) Indrajeet Singh Gakhal, a former soldier of the Sikh Regiment, and the regiment’s in-house historian says of the legend behind the battle, “You have to be mindful that this was the era when the British empire was encroaching on pretty much the entire planet; they had signed a treaty with the Pasha of Afghanistan. The British drew the Durand Line (present day Pakistan-Afghanistan border), where half of the Afghan tribes came under the British rule, some of whom the British army really detested.”

Adapted from the battle that took place in 1897, Akshay Kumar’s Kesari follows 22 soldiers (21 men + 1 heliograph expert) of the Sikh Regiment taking on an estimated 10,000 Afghan tribals, making it one of the most famous ‘last stands’ in the military history. It’s a tale of courage, inspiration and unrivalled valour.

“These men had strong hearts, they were under no illusion that they could surrender and get out alive. So they chose to fight it out,” says Mandeep Singh Bajwa. However, he isn’t fully convinced about the numbers of the tribals popularly cited by websites and the film. “There was no space for 10,000 tribals to assemble over there. It’s one of those myths that has manifested over the years. I’d say about 2,000 tribesmen attacked the fort, and the casualties would be around 10% that is approximately 200,” he says.

Gakhal disagrees. Though the exact figure of 10,000 can be contested, says Gakhal, the estimate is backed with reason. “Under any tribal flag, around 800-1000 people used to assemble on an average and 10 flags were spotted that day. So an estimated 8,000 to 10,000 people had come together,” he says. What he doubts though, is the number of kills.

According to him, each soldier had only 200 rounds of ammunition, “Even if you take a kill rate of 50%, which basically means they hit their target with every second bullet (also a stretch), then you can count how many bodies that would have been there. (an approximate 2000 kills/casualties),” he declares.

Different sources cite the numbers of the casualties in the Afghan side as anything between 6,000 to 8,000.

The Unfolding of the Battle of Saragarhi

Gakhal recounts how the eventual attack came in three waves on the morning on September 12, 1897. “First the soldiers held their fire till the enemy came within a range of about 250 yards, with which they knocked off many people. However, in the second round, these tribals entered the ramparts of a wall which was in a blindspot for the inhabitants of the fort. So a group of 4-5 Afghans stuck to that position, and hacked their way through the stone walls. After that, they burned the scrubs around the fort and created a smokescreen. Behind that, came the third wave.”

The last man to join the battle was Gurmukh Singh, someone who held his signalling position till the Afghans breached through the walls of Saragarhi fort. “It was very professional of him to stick to his job on the signal post till the very end,” says Bajwa.

Anurag Singh’s Kesari seems to have already irked the veterans by prioritising ‘style’ over ‘facts’ in its trailer.

“I saw the poster of the film and it was amusing to see Akshay Kumar’s flowing beard and his saffron turban. The Sikh regiment usually rolled up their beard, because imagine a soldier with that kind of beard resting his chin on the bolt of his rifle,” laughs Brigadier Gakhal, while adding that he doesn’t have high hopes from the film.

Bajwa, who has over the years been approached by many Bollywood producers for a film about Saragarhi, says he was disappointed with their aversion to facts: “The problem is they (producers) aren’t interested in the facts. They just wanted to make something that could be popped with some jingoism, and help make their films a hit.”

While he chose to reserve his judgement till he sees the final film, Bajwa added that ‘propaganda well done can have an impact for the good on the society.’

“Like in ’64, Chetan Anand’s Haqeeqat (starring Dharmendra) was a nicely done film. It had an impact, considering we were facing war only a year after (1965 against Pakistan),” says Bajwa, also clarifying that he wouldn’t applaud the film if it turns out to be overtly jingoistic.

Brigadier (Retd) Gakhal however voices the opposite sentiment, “They say publicity good or bad, is good. The focus comes on the valour of my regiment, and I’m most thrilled about that. Whether it is overplayed or underplayed is none of my concern. It will be an inspiration for the next generation. (I don’t care about) parts of it being overdramatised, (or) someone making money out of it.”

But using this tale of valour to fan the flames of the already raging anti-Muslim sentiment among a few too many in the country has Bajwa concerned. “I’ll be quite blunt and say how the film could so very easily turn into Muslim bashing – ‘how the Sikhs won over the Muslims’. The underlying message could be read as ‘it’s time to teach a lesson’. A badly-made film could trigger all the wrong instincts before the elections,” he rues.

Question is, have we truly gone so far over that to expect integrity from the current batch of Hindi filmmakers, would be sheer naivety?