Katrina Kaif is currently promoting her upcoming film Jagga Jasoos, wherein she shares the screen space with ex-beau Ranbir Kapoor. Meanwhile, an old image of the actress is going viral wherein she is photographed with former Libyan dictator Muammar Gaddaffi. In the throwback picture doing rounds on social media,  Katrina Kaif is spotted with Neha Dhupia, Shamita Singh, Aanchal Kumar and Aditi Govitrikar. The picture is approximately 15 years ago when the 34-year-old actress was a model and was a year away from making her Bollywood debut in Kaizad Gustad’s Boom, Indian Express reported.

The photograph is taken during the days when Muammar Gaddafi ruled Libya. Assuming power through a military coup, Gaddafi ruled over the country for more than four decades. After being deposed in 2011, he was killed in August that year. 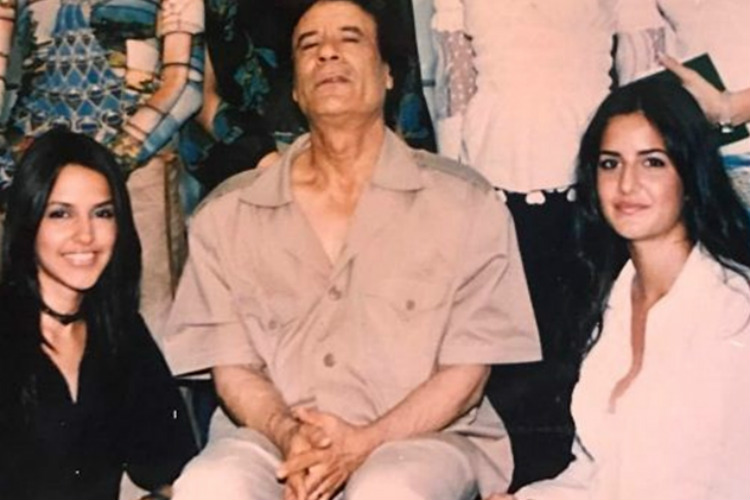 Katrina will next share the screen space with Shah Rukh Khan and Anushka Sharma in Aanand L Rai’s untitled film. This is her second collaboration with the two co-actors after 2012 hit Jab Tak Hai Jaan.