Director, Producer, actor, host and what not! Karan Johar is one person who dons many hats and excels in each one of them. He is someone, who has not only given us numerous iconic Bollywood films but is also the most entertaining and loved celeb in the film circuit.

Karan is often been mocked for his sexual orientation and everybody is only curious to know that whether he is straight or not.  Despite being questioned about his sexuality a number of times, KJo has always given it back to his haters in the most classy way possible.

According to TOI, Karan Johar has bared it all about his sexuality and other unheard and untold aspects of his life in his forthcoming biography – The Unsuitable Boy. KJo’s revelations are heartfelt and will make you respect him even more.

Here’s what he wrote:

Everybody knows what my sexual orientation is. I don’t need to scream it out. And if I need to spell it out, I won’t only because I live in a country where I could possibly be jailed for saying this. Which is why I Karan Johar will not say the three words that possibly everybody knows about me in any case. I’ve given hints. I’ve stood on a platform like AIB Roast, and I had half of the people supporting me and the other half dissing me for doing this. But at the end of the day, I did what I did, and I did it with my mother in the front row, and screw you if you have a problem with that. The only thing that bothered me was when people stood on the high moral ground and said, ‘Why was your mother in the front row?’ But she’s cool. Do you know that I tried to stop her from coming but she insisted? So the thing I told her was, ‘Mum, laugh. Do not squirm and do not be embarrassed for me because I’m not embarrassed for myself.’” 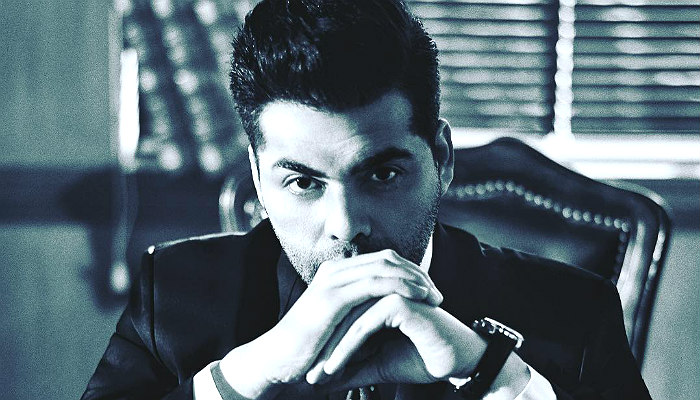 Karan also explained that why he is not embarrassed about who he is and what is his sexual orientation. He said:

If they’re going to make jokes about my sexual orientation, I’m okay about it. I’m not embarrassed about who I am. I’m not apologetic. I’m embarrassed about the country I live in vis-à-vis where I come from in terms of my orientation.I’m sad, upset and disheartened with the trolling that happens on social media. At the end of the day, this whole homophobia is so disheartening and upsetting. And then they say, ‘Why don’t you speak about your sexuality? You could be iconic in this country.’ But I don’t want to be iconic anywhere. I want to live my life. The reason I don’t say it out aloud is simply that I don’t want to be dealing with the FIRs. I’m very sorry. I have a job, I have a commitment to my company, to my people who work for me; there are over a hundred people that I’m answerable to. I’m not going to sit in the courts because of ridiculous, completely bigoted individuals who have no education, no intelligence, who go into some kind of rapture for publicity. I’ve reached a point in my life where I am not going to conform to what people think I should be saying or doing. So if you have an opinion about my sexuality, then screw you. I don’t care.

Well, these are just a few of the revelations made by KJo and we really can’t wait to read the whole book.