The Kangana Ranaut vs Hrithik Roshan controversy is taking new turns every day. The actress, who is on a promotional spree for her upcoming movie Simran, has been making explosive statements about her alleged relationship with Hrithik. Quite obviously, the entire controversy is one of the hot topics in Bollywood and celebs are being asked about their opinion on this. The latest one to do so was Farah Khan, whose ‘woman card’ statement created quite a stir.

Now, Farah Khan has stated her statement was misquoted and taken out of context. Addressing the entire issue, Farah said, “I have been misquoted, to that girl I haven’t even said anything. I had not taken anybody’s names. Feminism I believe in. I’ve been a feminist long before the word was invented, and that I truly believe that it should be equal to both.” 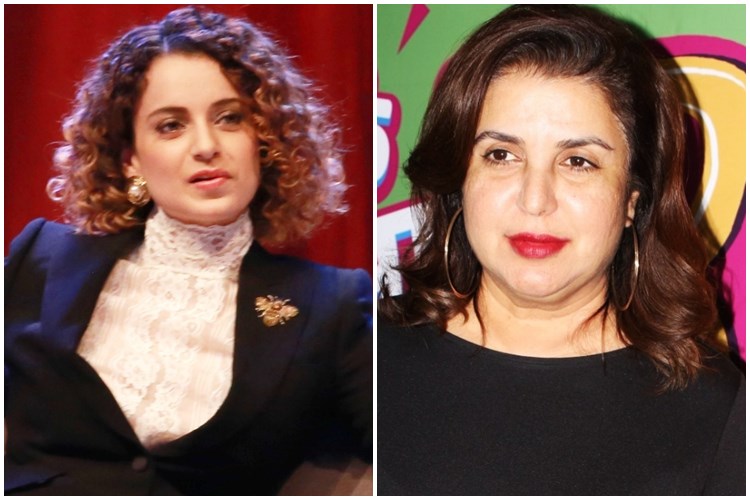 Earlier, Farah had spoken about the ‘woman card’ when asked about the issue. “I don’t want to take anyone’s name, I don’t want to get caught in between. But every time you are playing a woman’s card. For me feminism is equality,” the filmmaker was quoted as saying.

But now Farah has denied making such comments. We wonder if she is doing damage control after the uproar.

Farah Khan also added she did not like to talk about other people’s businesses. She said:

People are grown up enough to know what they want and frankly, they are not my very close friends. Unless it’s my family member or I feel I have the conform factor to call up and say why you doing this, I don’t interfere in other people’s business

We wonder what Kangana’s response to Farah Khan’s statements will be. On the work front, Farah Khan will be seen as a judge on Lip Sync Battle.