Kangana Ranaut is currently shooting for a biopic on Rani Laxmibai of Jhansi. The filming of Manikarnika-The Queen of Jhansi in Hyderabad turned ugly when the actress was injured on the sets during a sword-fighting sequence. Kangana had rehearsed for the action scene several times before the filming took place. She was involved in the sequence with co-actor Nihar Pandya and was supposed to duck when attacked by the latter.

However, the timing got horribly wrong and the sword not only hit her head but resulted in a deep cut between her eyebrows. The wound left her bleeding profusely but the 30-year-old actress put up a brave front while dealing with pain. Kangana was rushed to a nearby hospital and admitted to the ICCU. She has received 15 stitches on her forehead and will need to stay under intense observation for a few days.

The doctor told a leading news website that Kangana was indeed lucky as the sword had missed her bone on the forehead. But the wound will leave a scar on her head, that the actress has decided to sport in the film. It is reported that once the film’s shooting is over, she might go for a cosmetic surgery.

Also read: Here’s what Kangana Ranaut had to say about comparisons between Rani Laxmi Bai biopic Manikarnika and Baahubali

Kangana took sword-fighting lessons from Hollywood action director Nick Powell, who has worked in films like The Last Samurai, X-Men: The Last Stand and Resident Evil: Retribution. She decided to do all the stunts herself and not go for a body double. 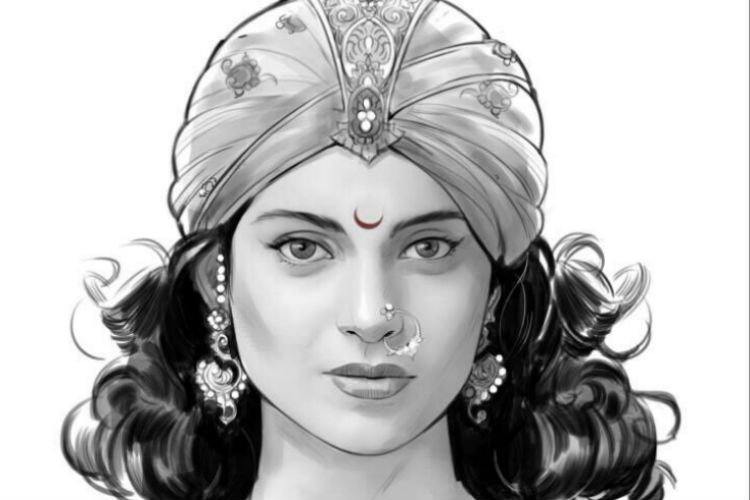 In May, Kangana had unveiled the poster of her film during Ganga Aarti in Varanasi. The three-times National Award winning actress also took a dip in the Ganges. The 1857 war drama directed by Krish releases next year.