The new song from Hrithik Roshan starrer Kaabil is breaking the internet today. It features actress Urvashi Rautela showing some sizzling moves on the revamped version of Haseeno Ka Deewana, that featured Amitabh Bachchan originally. Sung by Raftaar and Payal Dev, the song starts with an aggressive conversation between Hrithik and Ronit Roy (the villain in Kaabil).

It’s a nice song with Urvashi looking extremely seductive. The choreography set on the actress is also quite impressive. But we still wonder if this song was really necessary?

Kaabil is a film featuring one of the most sought after actors in Bollywood–Hrithik Roshan. The makers of the film claim that it offers a rich content and the emotional storyline is its USP. It’s being directed by Sanjay Gupta who’s trying his hands in a romantic-thriller for the first time. The pairing of Hrithik and Yami is an unusual one and has already been appreciated in various promos and other songs of the film. 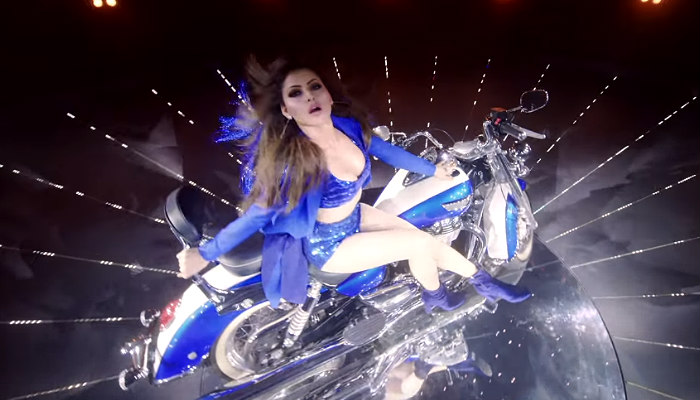 With all such good things in its kitty, does Kaabil really need to use the weapon of ‘woman objectification’ and make a dance number as its selling point? There’s no problem in adding sensuous dance numbers in the film if it really adds to its narrative. We have had hit tracks like Ye Mera Dil Pyar Ka Deewana or Yamma Yamma in Hindi films where these songs carried enough oomph but they also took the story of the film ahead.

Dear filmmakers, let’s just stop going the easy way to lure the audience to the theaters.