Ranbir Kapoor and Katrina Kaif’s much-awaited film Jagga Jasoos is finally out of all the unwanted controversies, as the release date of the movie has been fixed for April 7 next year after a delay of almost six months. According to reports, the film’s shooting suffered a lot post Ranbir-Katrina’s break-up and director Anurag Basu had a really tough time.

But now it seems like all the things are on track as the makers has recently released the very first poster of the movie and it looks really very fascinating, with Ranbir and Katrina riding an ostrich. Produced by Disney, Jagga Jasoos is a comedy-drama film and is a story of a teenage detective, who is in search of his missing father.

The poster was unveiled by UTV Motion Pictures on their Twitter handle with the caption: Sometimes, the fastest getaway is an Ostrich! Enter the #WorldofJagga tomorrow! #JaggaJasoos #RanbirKapoor #KatrinaKaif 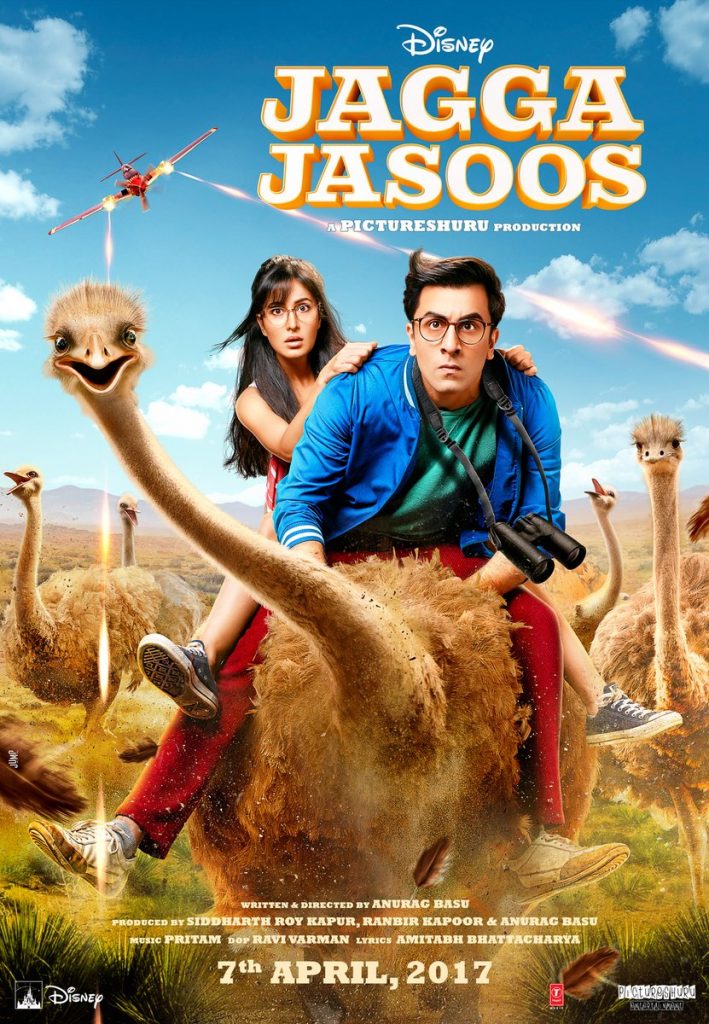 Also, a source close to the film’s team in an interview to IANS said:

In a never-seen-before marketing initiative, the makers are to unveil the World of Jagga, which will showcase the fun and adventures that unfold in the life of Jagga Jasoos, on December 20.

And we are assuming that it will be either the teaser or the trailer of the Anurag Basu film. The film also marks the debut venture of Ranbir and Anurag’s production house Picture Shuru Productions. 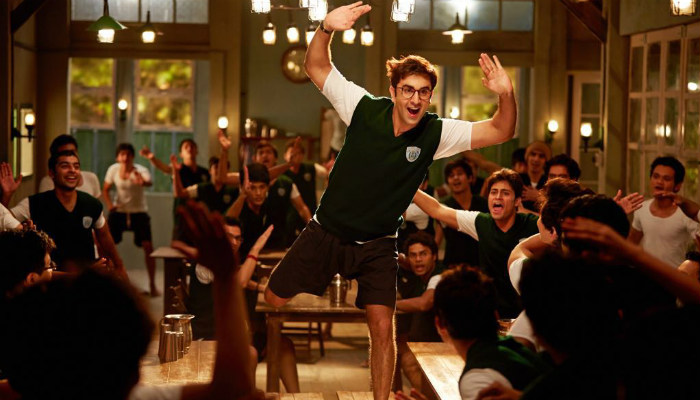 In an interview to IANS, Anurag Basu also revealed that he is not bothered about the film’s delay and said:

Well, the poster looks quite interesting, we’ve fallen more for that cute Ostrich than Ranbir-Katrina!