Ranbir Kapoor and Katrina Kaif’s third silver screen outing Jagga Jasoos is finally here. After being delayed for over three years, Anurag Basu’s directorial is finally here for everyone to see. A look at the trailer and the songs and it won’t be wrong to assert this cinematic brilliance should have been released earlier. But then better late than never! Jagga Jasoos comes as a complete package to viewers. It is shot in picturesque locations, has two of the most sought after actors of Bollywood play important roles, features many songs and also stars Saurabh Shukla. Along with being a visual treat, Jagga Jasoos is also high on emotions.

The film is the tale of a son on a journey to find his father. In his quest, which is termed impossible by many, he becomes friends with someone who understands and supports him. The trailer showed Ranbir Kapoor stammering in this movie and he revealed in the clip it was easier for him to sing songs to convey his feelings than talk about it.

With the film finally releasing and now that everyone will be able to solve the mystery around it, it is left to be seen how Jagga Jasoos fares at the Box Office.

Here are the live updates of this much-awaited movie:

1:00 PM: Oh, Anurag Basu, you did give us something to cherish. But the length is the villain.

12: 48 M: Haha… Ranbir has also done some action. Funny action which will leave you in splits

12: 25 PM: The dialogues of Jagga Jasoos are totally relatable

12:15 PM: At a time when love stories are a part of almost all Bollywood movies, sometimes forced, Jagga Jasoos comes as a breath of fresh air.

12: 11 PM: Ranbir Kapoor shows you can be strong and vulnerable at the same time.

12:05 PM: Jagga Jasoos doesn’t have a forced romantic angle between Ranbir and Katrina.

11:59 AM: The Disney touch of Jagga Jasoos add to the aesthetic appeal of the movie, making it a family watch.

11:54 AM: Jagga is back in action. Why were we devoid of Ranbir’s intelligence before this?

11:03 AM: Katrina is fine, another beautiful thing about Jagga Jasoos, till she doesn’t speak

10: 47 AM: Pritam’s music is an additional character in the film. #Beautyadded

10:38 AM: Jagga Jasoos is also a beautiful story of father-son relationship where one extracts strength from longing

10: 29 AM: Saswata Chatterjee has quite an impactful character! Needless to mention he’s a good actor 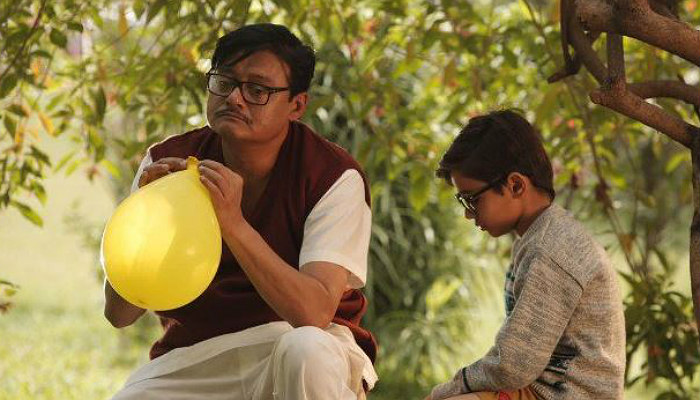 A still from Jagga Jasoos