Ranbir Kapoor and Karina Kaif starrer Jagga Jasoos has finally hit the theater on Friday, July, 14. The much-delayed project of the duo created a lot buzz for all the right and wrong reasons. So, as the film is finally out Ranbir and Katrina’s fans are going crazy to watch them together after a long time. The film is getting a good response from the audiences, who have already watched the film. Directed by Anurag Basu, the film marks the comeback of both Ranbir and Katrina after their 2010 released Raajneeti.

Essaying the role of Shruti (Katrina Kaif) and Jagga (Ranbir Kapoor), Jagga Jasoos is a musical adventurous romantic comedy film. It narrates the story of a teenage detective boy, who is in search of his missing father. The story is an emotional journey of a father-son relationship.

The film marks Ranbir’s second collaboration with director Anurag Basu. They previously worked together in 2012 movie Barfi! while this is the first time for Katrina Kaif to work for Basu in a film. This is the third Bollywood outing of the duo, they have earlier shared the screen space with each other in films including Ajab Prem Ki Ghazab Kahani and Raajneeti.  Check out what the audiences have to say about Ranbir Kapoor and Katrina Kaif’s this romantic journey:

Also Read: ‘It’s a formality,’ Ranbir Kapoor once again gets honest about his relationship with father Rishi Kapoor

Its Interval … And 1st Half of #JaggaJasoos is quite Entertaining !
Relevant BGM ,Stupendous Cinematography & Ranbir has Nailed it

1st Half Completed #JaggaJasoos
Till now its an average movie with good vfx and Ranbir acting is best part.
I am unhappy with the Direction

#JaggaJasoos is a lifetime experience.. It delivers what it promises.. You will be left with emotions and smile at the last …

I’m in love with #JaggaJasoos already it’s a masterpiece good performances by katrina and ranbir pic.twitter.com/2Dwu3Pprfs

On the work front, while Ranbir will next be seen playing Sanjay Dutt on-screen in his biopic, Katrina has Tiger Zinda Hai in her kitty. Directed by Ali Abbas Zafar, the film is a sequel to Ek Tha Tiger which also features Salman Khan opposite her. 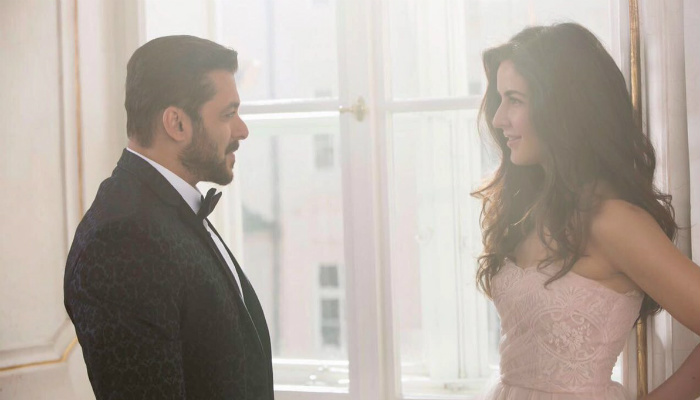