The trailer of Shah Rukh Khan and Anushka Sharma’s upcoming movie Jab Harry Met Sejal has released and it is everything you would expect it to be. The Imtiaz Ali directorial is the story of a lost your guide Harryb (Shah Rukh Khan) and a girl Sejal (Anushka Sharma) who wants him to help her find her engagement ring. How the two warm up to each other at this unlikely trip forms the crux of the story.

From the name of the movie to the mini trails which released, Jab Harry Met Sejal has been the one movie which everyone has been talking about. The trailer is a heavy dose of entertainment and it has added to the buzz of the movie. JHMS starts with the story of Harry, a guide who doesn’t know where his life is headed. By his own admission, Harry is a cheap man whose intentions towards women aren’t good. But Sejal is not affected by it and thinks it is his problem that he is a cheap man. 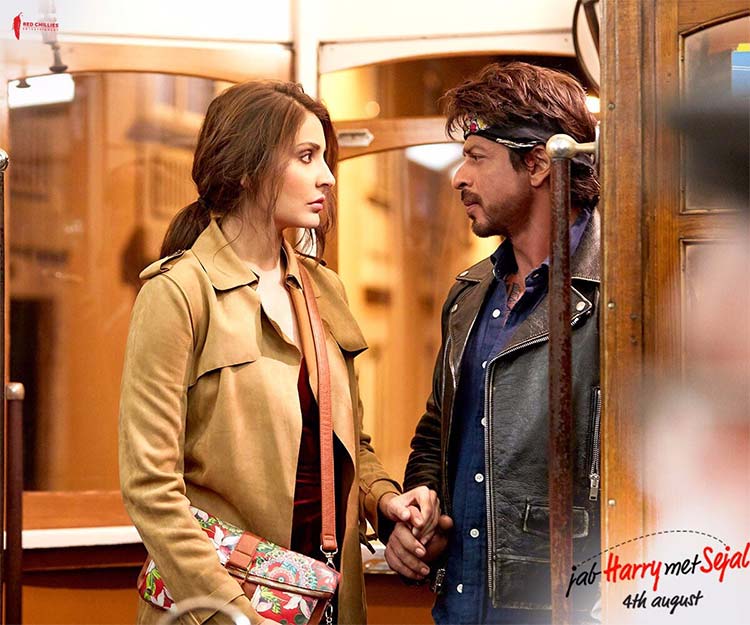 On the journey to find the ring, Shah Rukh and Anushka get close and eventually fall in love. But like every love story, there is a twist and Sejal is quite adamant she won’t leave her fiance. The trailer gives an insight into their lives and I am glad Imtiaz Alis has brought to us this refreshing tale.

As the tour guide, Shah Rukh does a commendable job and Anushka Sharma as the confused girl deserves all the lauds. This Imtiaz Ali movie’s tagline is ‘What you seek is seeking you’ and it seems this will serve as a guide to all those lost in life. Pritam’s music is an added bonus making Jab Harry Met Sejal‘s trailer one of a kind.

The movie is slated to release on 4 August.