Jab Harry met Sejal — a hybrid between the titles of Hollywood rom-com Harry met Sally and Imtiaz Ali’s own Jab we met has already been declared the worst title of all times.  Can’t even dare to think what this big budget film with actors like Shah Rukh Khan and Anushka Sharma would be like, if the title is this unimaginative. But when did we need good titles for films to work. Anything works. Literally kuch bhi! But Imtiaz Ali is of a different league. Unlike Karan Johar who for some reason has been looked down upon for telling stories of rich people and using gorgeous actors and fancy locations as backdrop – all the tools that one finds in an Imtiaz Ali film, the Rockstar director has always managed to maintain this image of a great story-teller.

When Imtiaz Ali gave us the character of ‘main apni ‘favourite hun’ Geet in 2007’s runaway hit Jab we Met, it seemed like a breath of fresh air. The story was still the old one – boy meets a girl, and then some conflict and then they end up happily together. But he was willing to try new ways of telling the same old story of a boy meeting a girl. And indeed there was some novelty, in our over-enthusiastic and insanely optimistic heroine arguing with the rejected hero on the verge of committing suicide,  in  “Ratlam ki galiyan”.

But in our excitement of this newness, we ignored Geet’s almost neurotic behaviour when she pushes a chronically depressed and suicidal Aditya in water for fun. She also jumps in, to keep him company. We thought all that was a well-meaning way of pulling an introvert and dejected human being back to life. We also make peace with the fact that our super-optimistic-living-in-a-bubble-heart-broken-no-other-dream-except-for-getting-married heroine finally needed rescuing by the hero — what a strong woman character Ali gave us.

And eventually the turn of events turned out to be quite profitable for her. Because Aditya is kind of rich and handsome – much better than the f$*kboy Anshuman she chose for herself. Applause, applause – breathtaking, such a fresh take on love.

Ali gets emboldened. Next film, Love Aaj Kal. Ratlam ki galiyon se nikalkar we are in London and San Francisco. That’s called progress and earning investor’s trust. What about the story though? Commitment phobia, break-up party, no strings attached relationships leads to future romantic complications — all sorts of hippie millennial cliches packed together. All this pitted against the love story of the yore – when guys used to get killed for loving a girl. Knock, knock reality check: India in 2017, honour killing due to inter-caste and inter-religion relationship is a threat many young couples in love deal with. But sanu ki? We are in London. All that doesn’t happen there. The girl has a fancy job of restoring art. And we don’t know what exactly the boy does for his upkeep. But they love each other and nothing else really matters in an Imtiaz Ali film. All this in a year that gave us Dev D, Gulaal and 3 Idiots.

Nonetheless, we indulged this “radical” story teller.  Locations went on to become more exotic and our understanding of geography improved. Rockstar sailed through, thanks to the divine voice of Mohit Chauhan and the music of AR Rehman. Otherwise, the moment Nargis Fakhri opens her mouth to say “bugger off”, we choked. Yeh kya bana diya hai. It didn’t even matter to the director whether the actress can string one sentence together in Hindi properly. The dubbing artiste did a fine job. But emotions ko dub kaise karein?

Watch this supremely bad piece of acting by Nargis Fakhri.

Chalo aagey badhte hai. Highway embodied another cliche. The classic Stockholm syndrome. Ages ago – a film was made on the same theme, named – ‘Hero’ – in which Meenakshi Sheshadri falls in love with her kidnapper, Jackie Shroff. But yeah, when you are Imtiaz Ali, you turn your kidnapping journey into a road-trip from Delhi to Ladakh via Himachal Pradesh.

NOVELTY = A big budget and lots of fancy locales

And of course when you have the great AR Rahman’s Patakha Guddi playing in the background, almost anything sounds and looks spiritual. Much like the kind of GT that you are on after getting stoned. That’s what Rahman’s music does. Turns a super cliched movie into an awakening trip.

And then came Tamasha and lo we are in Corcica, France.

Story: Hero and heroine don’t divulge their real identities and indulge in role play but refuse to have sex.What kind of role play doesn’t end in sex? None. They do have sex and supposedly the best sex of their lives (Shown through a blink and miss scene)…and thanks to a bizarre reasoning of our heroine, they promise never to cross each other’s paths. More hippie millennial cliche. Clap clap. Masterpiece.

With each passing movie not only the locations keep on getting more exotic, jobs also become more obscure. From the depths of Ali’s creativity came a job profile called story-teller. Whatever that is.

Imagine a real life conversation about a just-awakened son telling his father about his newly found passion – story-telling.  Haven’t we kids (oops now grown ups refusing to adult) always been good story-tellers and excuse makers with the aim of not working hard, anyway? 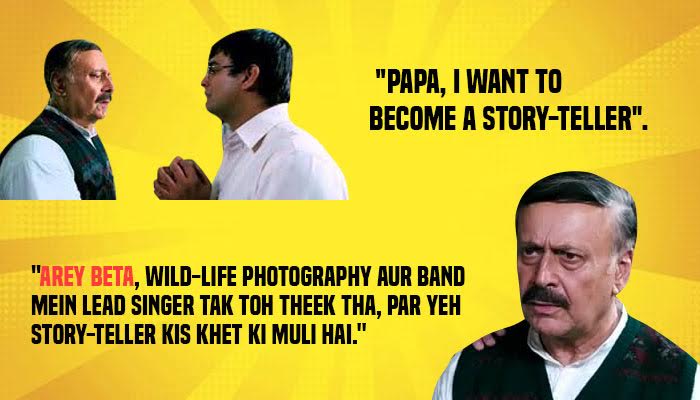 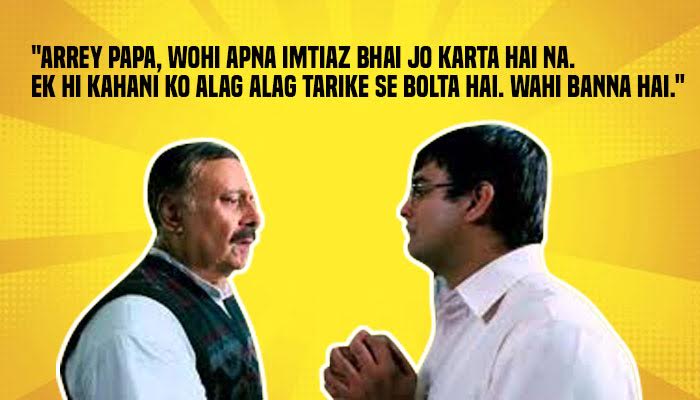 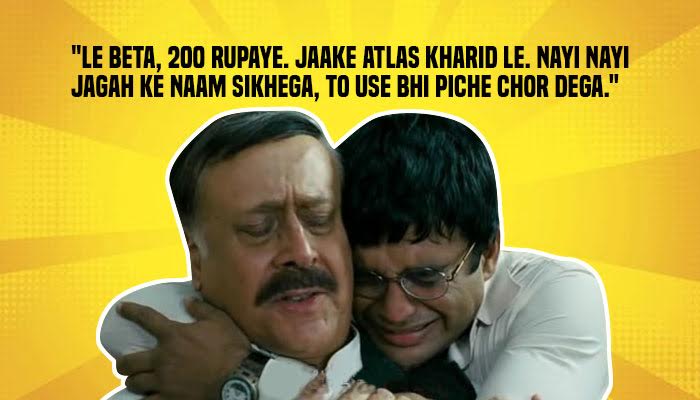 Jab Harry Meets Sejal follows the same trend. The film has been shot in, guess guess, how many locations? Prague, Amsterdam, Lisbon and Budapest. Professions are that of a traveler and tour guide, reportedly. Not only the title draws from his earlier film, the poster is kind of inspired from Tamasha. The ubiquitous laughing heroine and the damn headphone: 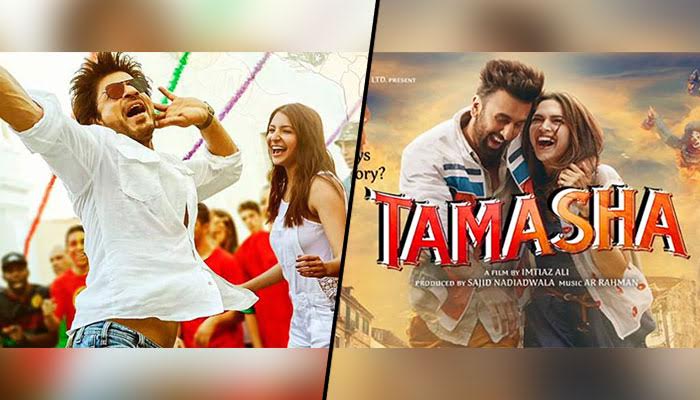 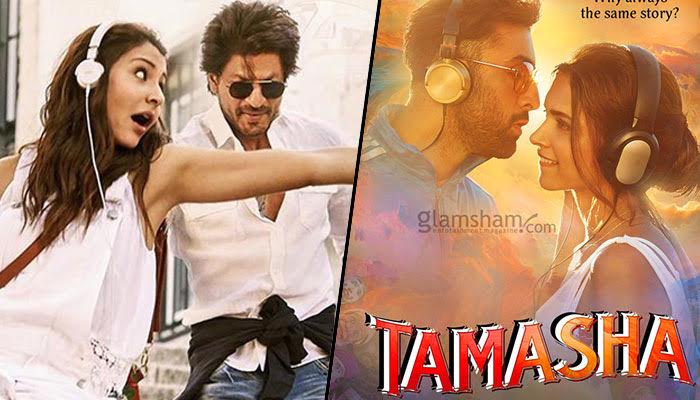 *Oh the love for the headphones*

Honestly, it’s time we stopped tolerating the repetitive mediocrity of Imtiaz Ali and ask him what he asked everyone in Tamasha: Why always the same story?