It is Abhishek Bachchan’s birthday today. As he turns 41, birthday wishes for the Junior Bachchan have poured in from all over the world. Amid all the wishes, it was the birthday tweet of Amitabh Bachchan that has caught our attention. Big B took to social media to share a  childhood photo of his son. The pictures will make you say- ‘awwwdorable’. Filmmaker Karan Johar, who is a close friend of Abhishek, too took to Twitter to send his warm birthday wishes for the actor. The picture which KJo shared also had Abhishek’s elder sister Shweta Bachchan Nanda.

Media reports have it that Abhishek had a low-key celebration this time. He chose to have a quiet dinner with wife Aishwarya Rai Bachchan, close friends and family. 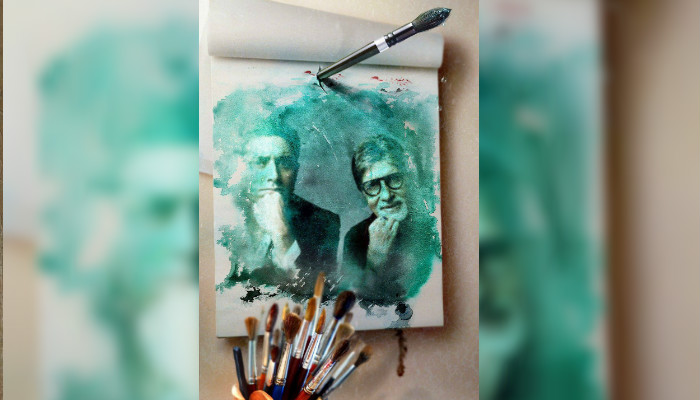 A source in the know told a daily:

Ash’s father, who had been in hospital for a month got discharged recently. but that’s not the reason for the small gathering. He and Ash both prefer their birthday celebrations with a small intimate group.

But an intimate celebration with family didn’t stop fans of Abhishek to make this day less than a festival. His fans took to Twitter to trend #HappyBirthdayAB. A click on this trend and one can see the love filled wishes that have come Abhishek’s way.

However, Big B’s wish is enough to make one realize how much love Abhishek has received.

T 2524 – A Chelsea win .. a Pizza from Daughter’s favorite .. a wishes at 12 .. and another year for Abhishek gone by ..#HappyBirthdayAB pic.twitter.com/N7sPIV2RUn

Love you Ab!!!!! #HappyBirthdayAB ….to the memories….and all the best moments we have shared!!!! And to many more…. pic.twitter.com/pANJuXA0RH