This is not the first time Ranbir has talked about this. On being asked if something has changed over the years, Ranbir added: “No. It hasn’t changed. There is lot of love, respect, and admiration, but we’re not friends”

Comparing the plot of his film Jagga Jasoos with his real life, the Ae Dil Hai Mushkil star stated that the film is totally different as it is about two friends out of which one is of fatherly age.

Also Read: Ranbir Kapoor’s statement on love is a guide to come out better from a failed relationship

“It’s about two friends, out of which one is of fatherly age and one is a much younger guy. He is not his biological father, he is his step-father who looks after this orphan boy and then disappears. So, it’s more about love between an old man and a younger boy. It’s not a typical father-son story. There is a lot of love, emotionally connect, longing and care between the two. I could not derive that from my father”

Rishi Kapoor had also spoken about his relationship with Ranbir in the past. He said that he has always tried to maintain a gap between him and his son when it comes to Ranbir’s personal life. He also revealed that the Barfi actor never like it and doesn’t want to be like him as a father. 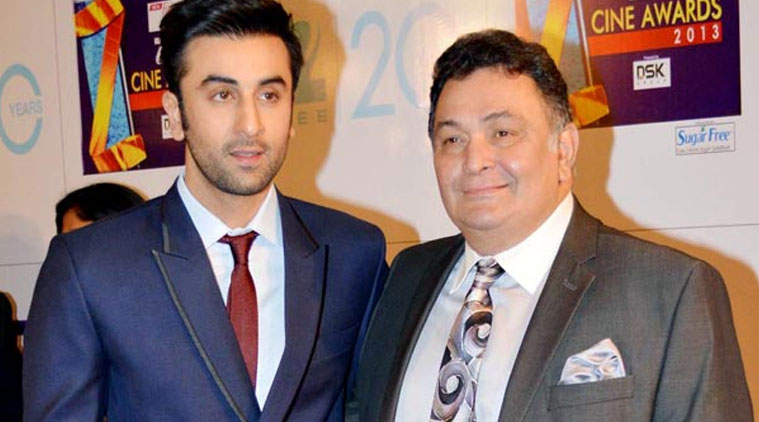 “I never argued with my father and it so happened that unfortunately, the same kind of relationship passed on with me and Ranbir. I really want that there should be love and respect between us. But I am not the type of guy, who will ask him (Ranbir) to share secrets of his girlfriends and all that. I am sorry. It’s my failure. I want there to be a wall between me and him where I can see him, but can’t feel him” news agency IANS quoted him as saying.

Directed by Anurag Basu, Jagga Jasoos is scheduled to release on July 14, 2017.