Sanjay Dutt takes a pot shot at Ranbir Kapoor for claiming that he’s dated only 10 girls. ‘Ranbir’s score is a lot more than that.’ In the film Sanjay Dutt had claimed to bed 308 women. I ask him how did he reach that exact number. Watch @IndiaToday exclusive now & 10 pm Newsroom

Aside from the fact that the acceptability of the ‘308 women’ scene is also debatable, Kanwal, much like Hirani, reduced women to trophies for men who would bed them for sport.

During the course of the exclusive India Today interview, a visibly impressed Kanwal asks, “Another thing that struck me is girls. 308 women?! Did you, Sanjay Dutt, actually keep count?” Dutt responds, “I just felt that the count must be 308. Now, I don’t know their names and I don’t know their… I haven’t kept count that way.” He adds, “Even in the film, it’s like that. He says, ‘Maybe itna hoga.’.” 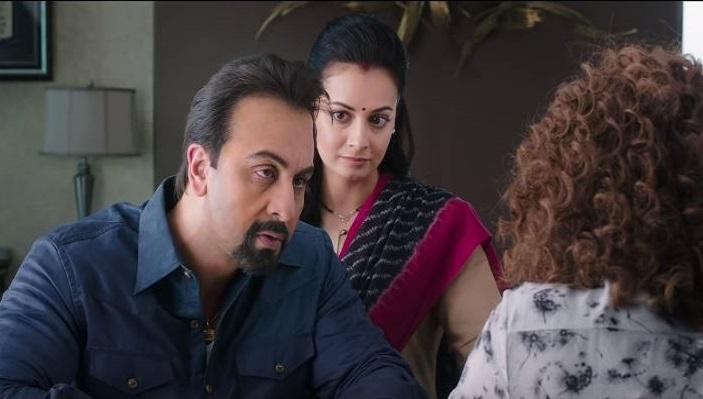 Dutt’s poor recollection of his sex partners is followed by Kanwal’s laudatory remark: “That was one hell of a score then,” to which, Dutt adds, “It was quite a big score.”

Staying true to his Twitter bio — “Any story that’s not an investigation is just Public Relations” — Kanwal digs deeper into the story of Dutt’s sexual exploits, pitting his “score” against that of Ranbir Kapoor, who plays Dutt’s character in Sanju. The actor, however, expresses his belief that Kapoor’s number couldn’t be as low as “under ten” like he claims. The interviewer then reveals his plans to bring this up the next time he meets Kapoor, perhaps in the hopes of a larger investigative piece on ‘Bollywood actors reveal who they’ve been fucking’.

Kanwal, however, remains oblivious to the pissing contest he’s ensued as he dispenses details of Baba’s black book like they are issues of national importance. As though talking about the number of sex objects one sleeps with is a matter of respect that needs to more highlight to uphold the Dutt mirage. ‘Cause apparently, the appeal of a man is measured in sexual performance and dick sizes.

Meanwhile, girls, if you have ever been curious about locker room banter, just hit the play button.