Prabhas-starrer Saaho might be ‘shattering box office records’ as widely reported, but the plagiarism accusations against the film don’t seem to stop. Most mainstream film industries across India don’t hold originality in the highest regard, and now Sujeeth’s film has been slammed by French director Jerome Salle, who accused Saaho of being a ‘freemake’ of his 2008 film, Largo Winch. Taking to Twitter, Salle sounded less-than-thrilled to find out that not only had his film been plagiarised, but the makers haven’t even done a great job with it.

It seems this second “freemake” of Largo Winch is as bad as the first one. So please Telugu directors, if you steal my work, at least do it properly?

And as my “Indian career” tweet was of course ironic, I’m sorry but I’m not gonna be able to help. https://t.co/DWpQJ8Vyi0

The director even joked that he had a ‘promising career in India’ in a separate tweet.

I think I have a promising career in India. https://t.co/XAiERdgUCF

A simple read-through of the French film’s plot-summary on Wikipedia indicates that Saaho has borrowed the bit about a mob boss hiding a secret, an illegitimate son, for over 28 years. Even though Sujeeth’s Saaho meanders through a few hundred plot-points, it does finally make it back to this plot-point about the illegitimate son avenging his father’s death and being declared the true heir of Gangster Inc. The Indian film guises it as a ‘twist’, something most members of the audience can see from a few hundred miles.

This is only the latest in a string of allegations against the film and its many inspirations. The first poster of Saaho featuring  Prabhaas looked eerily similar to a poster featuring Ryan Gosling in Blade Runner 2049. Both posters have a tall slender man wearing a black overcoat, partially covering their face while being engulfed in fog.

Where does inspiration come from? What (sacred) wells do we drink from when we create from an original and authentic space? This week people from across the world gather back together in that dust @burningman and I am reminded of how much of my creation comes from my (beating) heart. Pulse and bloom is a biofeedback installation that reacts to people’s heartbeats, and it came to exist because of a series of personal relationships. It was born from love (like me). We had support from @burningman but we also pulled out of our own pockets to make it manifest. I left my home for the first time, moved to another country, went out into that desert. It cost me a heart. It was a gift, and a sacrifice for all of us involved, and changed the paths of all our lifelines. I’m quite certain it was intended for me to create this installation. I’m certain that the sand storms, the dust, the rose-pink clouds, the thunderstorms gathered around it intentionally, for me. What happens when that story gets taken without your permission? I am known by my creation. #pulseandbloom @rd108 @sabarani @lukeiseman @heatheraminastewart @samuelclay with a team of hearts @_gracenotes @jugularbean @vivek_chockalingam @brittanyjanis @_zenrabbit @mattmedved and more. Burningman 2014

Saaho has also been accused of copying the surrealist artwork of Shilo Shiv Suleman. The song ‘Baby won’t you tell me’ sees Prabhas and Shraddha Kapoor in a Burning Man-like setting with giant flowers erected, which look quite similar to Shilo Shiv Suleman’s art work, that has been on display at the actual Burning Man, while the first pictures of the installation have been on Instagram since 2017. 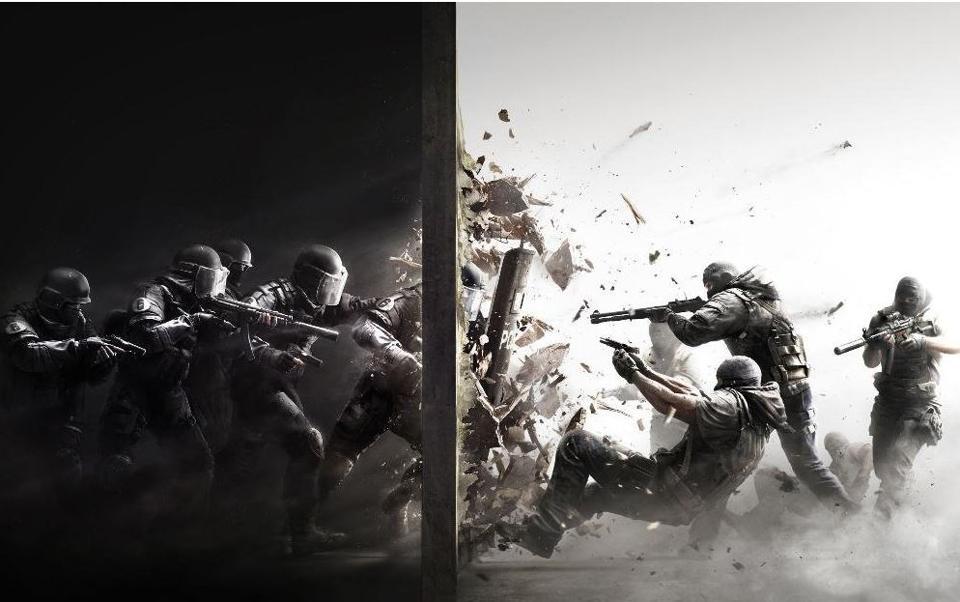 Believe it or not, Saaho‘s second poster, featuring Prabhas and Shraddha Kapoor exchanging fire with their enemies across a door, is also accused to have been taken from the poster of a video game – Tom Clancy’s Rainbow Six Siege. Much ‘inspired’ for a film that has a reported budget of Rs 350 crore and calls itself the biggest action-thriller India has ever produced. Where is the vision?