Ajay Devgn and Emraan Hashmi share the screen space in Milan Luthria’s Baadshaho. Set in the backdrop of 1975 Emergency, the film revolves around a gang that robs a truck carrying gold from one city to another. The film also features Esha Gupta, Vidyut Jammwal, Ileana D’ Cruz and Sanjay Mishra in pivotal roles. It is believed that the action flick revolves around former Prime Minister Indira Gandhi’s orders to hunt for gold in Jaipur’s Jaigarh Fort in 1976. For those who don’t know, here’s a detailed account of what transpired during the six-month long crackdown resulting due to the Congress government’s fallout with the royal family of Jaipur.

At the height of Emergency, Indira Gandhi in 1976 ordered the Indian Army to search for hidden treasures in Jaipur’s Jaigarh Fort. It was believed that Raja Man Singh (I) had reportedly hidden treasures from his military conquests in the fort. Legends say that Man Singh was a defense minister in Mughal emperor Akbar’s court and had invaded Afghanistan, thereby winning the war. It is believed that the ruler had hidden a huge amount of wealth in the reservoir of the fort.

During the Emergency, Raja Man Singh (II) represented the royal family of Jaipur. The royal family did not have cordial relations with the Indira Gandhi government. The former PM used it as an opportunity to crack down on the dissidents and the income tax department carried out several raids on the fort. After they could not find anything, the government sent the Army to march to the fort and unearth the treasure. 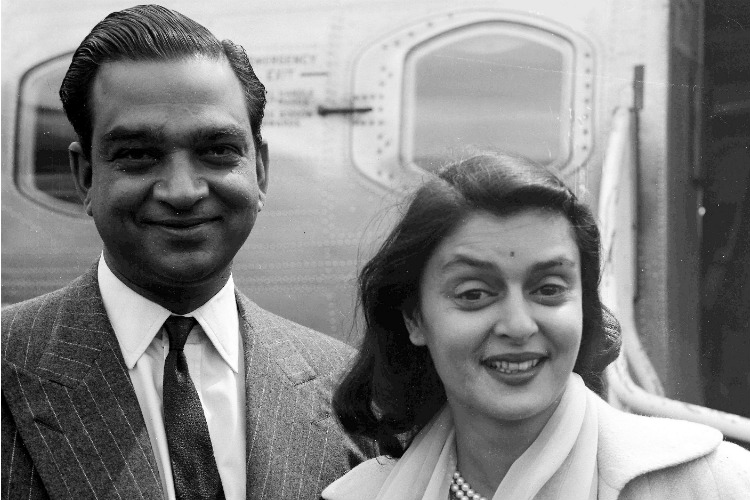 Raja Mansingh II with his wife Gayatri Devi in this old photo.

However, the three-month long excavation campaign turned out to be unsuccessful and the army had to call off the drive. It is also alleged that the Delhi-Jaipur highway was shut for three days to make way for the military vehicles.

Meanwhile, watch the trailer of the film here:

Whatever Baadshaho’s story is, the teaser has given a glimpse of a terrific world this Ajay Devgn film promises to show on screen.