Akshay Kumar who will be seen tickling your funny bones in the upcoming courtroom drama Jolly LLB 2, has revealed some of the unsaid and unheard secrets about his friendship with the ‘desi girl’ Priyanka Chopra.

Akshay Kumar and Priyanka Chopra were last seen together on-screen in Waqt and since then the duo has not appeared in any film with each other. It was being said that Akshay’s wife Twinkle Khanna never liked their closeness and asked the actor to maintain distance.

It has been more than 10 years now and people speculated that reason behind the fallout is their failed relationship.

Recently, Akshay went to Aap Ki Adalat to promote Jolly LLB 2 and was questioned about his equation with Priyanka. The actor told that he will surely work with PeeCee if any good script comes up and said: 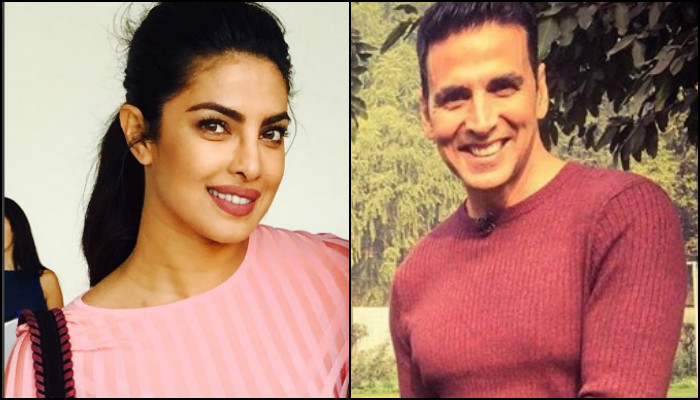 On being asked about his issues with Farah Khan and Ekta Kapoor he further added:

Let us call Priyanka Chopra, Ekta Kapoor and Farah Khan and check if they have any issues with me. That way you will know for sure.

Akshay also went ahead and congratulated Priyanka for winning the People’s Choice Award and said that she deserves it and he is extremely happy to see that PeeCee is making India proud.