Irrfan’s Ashoke Ganguli does something remarkable in a scene from Mira Nair’s The Namesake, when his son (Kal Penn) tells him he wants to change his name. Mid-burp, he responds with a confused look that seems to be asking ‘is it even allowed?’ A short conversation later, during which he’s mostly listening to his wife’s (Tabu) concerns about their son’s apparent ‘westernisation’ and the son’s rebuttals to it, Ashok exhales. “Do as you wish…” he says to his son, and carries on with his post-lunch cigarette on the balcony. It’s not like he doesn’t care, but realising that his son is proposing it rather than asking for permission, any conversation is futile. In that one moment, Irrfan distilled a Bengali father’s pragmatism, that is often mistaken for passivity. 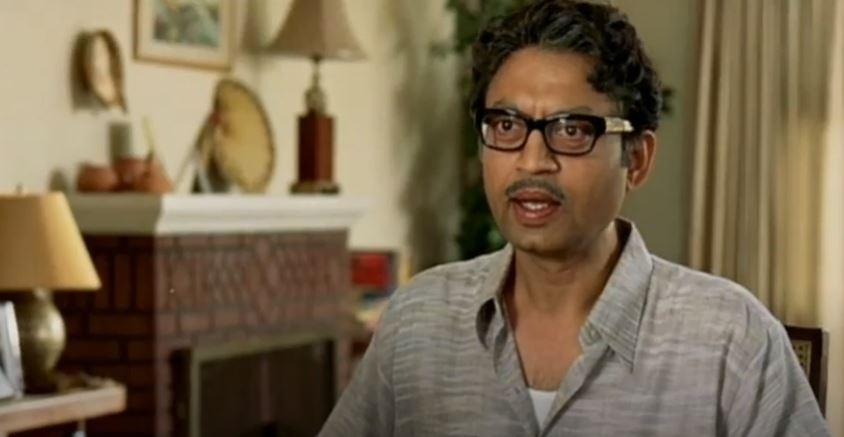 Just look at that scene when he comes into Gogol’s room to give him his graduation gift – Nikolai Gogol’s collection of short stories. What he really wants to do is sit down and have a chat with his son about his name, where it comes from. But given the loud rock music playing in the room and his teenage son’s low tolerance for anyone invading his ‘privacy’, there’s a weird tension in the room. Irrfan doesn’t do anything but simply stands awkwardly in the room trying to speak over the loud music. And then he senses his son’s discomfort, so he silently defers the conversation.

There’s also that momentary confusion on his face, when his son’s girlfriend leans in for a platonic kiss-on-the-cheek greeting. Or how he quickly recovers from it, thanks to the ‘liberal’ literature he’s possibly grown up reading. Irrfan nails each and every gesture in this scene, with near-invisible effort. In fact, many might even be excused for thinking he didn’t do anything notable in those scenes.

It’s these tiny observations about the understated Bengali father-figure, that make Ashoke Ganguli such a wonderfully realised character. Irrfan knows that there’s no point trying to ‘act’ like a Bengali father, like say Amitabh Bachchan in Piku, so he decides to just… be. And how wonderfully awkward, silent, bheetu (afraid), and also a mostly stoic individual he is, who always seems to be ‘fine’ during phone calls. 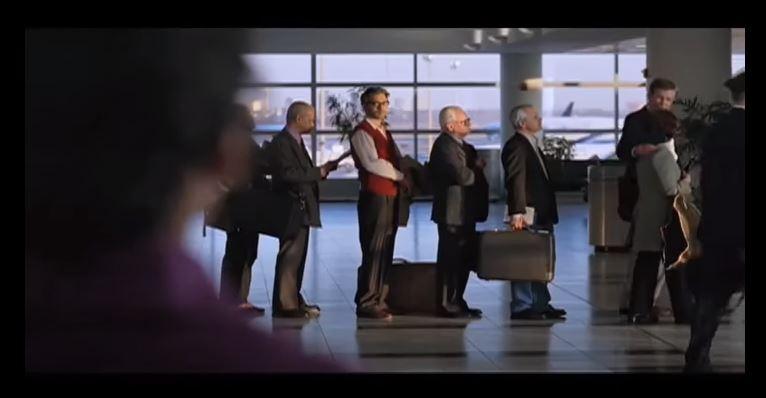 A winning quality of Ashoke Ganguli are the tiny romantic gestures towards his wife, Ashima. Too afraid to flaunt their romance in front of the world, including their own children, Ashoke and Ashima’s stolen moments in front of Victoria Memorial and the Taj Mahal are a thing of beauty. As is when Ashoke is in an airport queue with his eyes firmly fixed on Ashima, so much so that he doesn’t even notice when the people have moved forward, making Ashima giggle like a teenager. It’s a sight of mutual dependence between two adults who have grown up and grown in love together, in a foreign land.

Much like his reel-life counterpart, even Irrfan’s journey has come to a sudden, screeching halt. And yet, it’s possible to look at his filmography, and see how his work will continue to greet us in the future. What he accomplished with Ashoke Ganguli, thanks to Jhumpa Lahiri’s brilliantly detailed descriptions of the character and Mira Nair’s utmost care of retaining them during the adaptation, is a version very close to the ‘truth’. In a filmography riddled with great roles and performances, Ashoke Ganguli stands out for how observant it is of mundane ordinariness.