In a heart-rendering post on Facebook, Irrfan Khan’s wife Sutapa Sikdar, on Saturday, acknowledged the support pouring in from his fans. The news of Khan contracting a “rare disease” was tweeted out by the star, which left his fans worried.

Sikdar requested everyone not to waste “precious energies” on trying to know about Irrfan’s disease and rather pray for his recovery. Sounding hopeful of her ‘warrior’ husband’s victory, Sutapa thanked people for their wishes.

“My best friend and my partner is a ‘warrior’ he is fighting every obstacle with tremendous grace and beauty. I apologize for not answering calls msgs,but I want all of you to know I am truly humbled indebted for ever for the wishes prayers and concern from all over the world… I know curiosity germinates from concern but lets turn our curiosity from what it is to what it should be. Lets change the leaf. Lets not waste our precious energies to only know what it is and just prey (sic) to make it what it should be. My humble request to all of you is to concentrate on the song of life, to dance of life to victory. My family will soon join in this dance of life.” 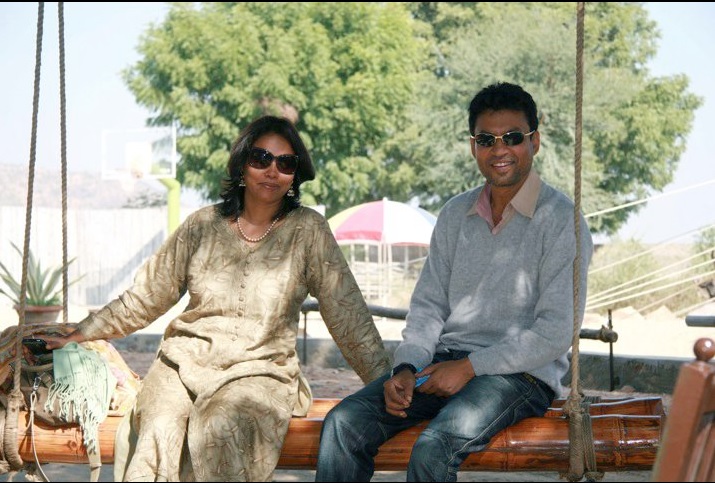 A few days ago, Irrfan shared the news of his ‘rare disease’ and asked everyone to wish the best for him. The actor shared the news through a social media post with a subtle message to the Indian media not to speculate about his disease:

But, as usual curiosity took the better of the Indian media and in only four days, there were numerous reports speculating the actor’s disease, with clickbaity headlines like these:

Irrfan was unable to promote his upcoming movie, Abhinay Deo’s Blackmail, which will hit theatres on April 6. Citing Irrfan’s ill health, even director Vishal Bharadwaj postponed the shooting of his movie.